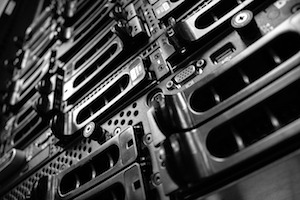 A cryptomining firm this week launched an initial coin offering (ICO) that will support mining operations it says will run exclusively on geothermal, wind and hydropower resources.

Cryptomining is the computational backbone to blockchain, and the extensive amount of energy necessary to accomplish mining processes has raised concerns about energy availability and sustainability for the industry as it grows.

The Moonlite Project, which will mine cryptocurrencies, such as Bitcoin and DASH, aims to resolve the sustainability issue of mining by sourcing 100 percent clean energy.

Latest Podcast: Inside Renewable Energy —The Business of Blockchain: Where Cryptotech Fits for Renewables Today and into the Future

Construction is slated to begin on Moonlite’s first data center in Iceland in April, with mining operations officially beginning in August. Iceland currently gets about 25 percent of its electricity from geothermal power facilities, according to the National Energy Authority of Iceland.

“Iceland is an ideal location for our first cryptomining center. It is considered a data capital of the world, the costs are low, there is access to green energy and the naturally cool climate eliminates the need for extensive cooling infrastructure,” Moonlite Project Founder and CEO Eric Krige said in a statement. “Following the commencement of its operations, we plan to expand to open cryptomining centers globally and aim to eventually become of the world’s larger cryptomining companies.”

Related: In Iceland, Geothermal Energy is “Use It or Lose It”

The firm said that funds raised from the ICO, which runs through March 21, will go toward setup costs, cash reserves, advisory team and operations reserves.

In the Decarbonization, Decentralization, & Digitalization Track @ #ElectrifyEurope: you can attend sessions such as “Digital Infrastructure & IoT,” “Cybersecurity: What You Need To Know & Do,” “Artificial Intelligence-State of the Art & Outlook” & MORE—https://t.co/apEsu88xJZ pic.twitter.com/Jc9ITjx78Q