Because some renewables are fairly new to the mainstream energy scene, the reliability of devices is often questioned. We do know that wind turbines and solar systems generally have a life of about 20-25 years. Many last longer. Some solar thermal systems out there have been in place for over 30 years.

But there is one renewable energy that has a long history: Hydropower. ::continue:: 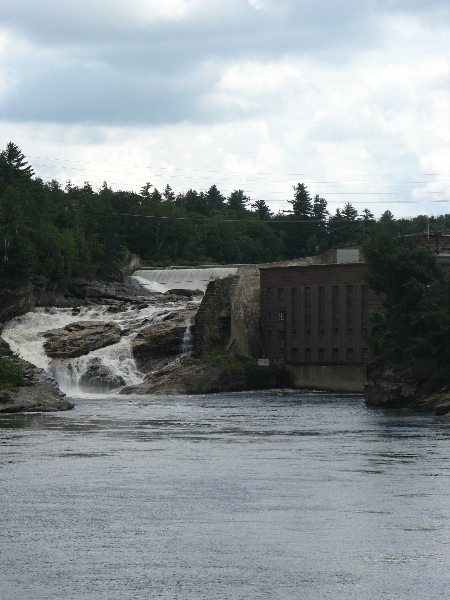 I was just at the Rumford Falls 39-MW run-of-river facility on the Androscoggin River where they were making upgrades to a generating unit that had been operating since 1926. After more than 80 years of operation, it’s finally time to put in a new turbine, turbine shaft and some automation upgrades.

A view of the Upper Station at the Rumford Falls hydro plant in Rumford, Maine (left).

The first two units, which were generating 8.4 MW and 7.7 MW of energy when I was there, have been operating since 1918. They’ve been serviced a number of times over the years, but they are still running smoothly.

“There’s still a lot of life left in these units,” said David Lavornia, the senior hydropower technician at the plant. “It says a lot about the industry and what it can offer.”

Lavornia is very supportive of all renewables, but he believes that facilities like this one offer the most promise.

“We’ve been running for almost a century. The river is a constant source of energy. You can’t get much better than that,” he said. 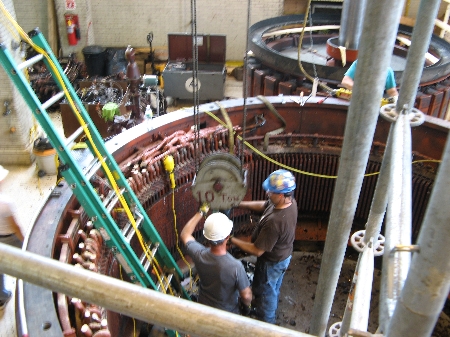 Of course, relying on the flow of the river can have its drawbacks. There are times when there is not enough water in the river to keep all the units running. There are other times when leaves clog up the intake and the racks need to be cleaned for 24 hours a day, 7 days a week. But all in all, this facility proves just how reliable and long-lasting hydropower is.

Oh, and I forgot to mention: This facility, which is owned and operated by Brookfield Renewable Power, was certified by the Low-Impact Hydro Institute. The project has fulfilled a set of criteria to ensure limited impact on things like river flow, water quality, fish and recreation.

So the project is not only renewable and reliable – it’s sustainable.