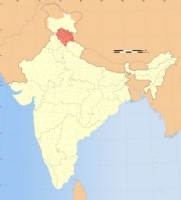 NEW DEHLI, India The Asian Development Bank (ADB) and India have agreed to a US$315 million loan to help fund the 450-MW Shongtong Karcham hydroelectric plant in the Kinnaur District of India’s Himachal Pradesh state.

The program was approved by ADB’s Board of Directors in October 2008 and also includes the Integrated Kashang (including Kashang Stages 1-3) and Sainj (or Sanj) hydropower projects. ADB says the projects will have a combined output capacity of 856 MW.

“This program not only benefits Himachal Pradesh by supplying affordable, reliable power to its residents, but will enable the export of excess power to the rest of the country for the benefit of power-deficient states,” says Indian official Prabodh Saxena.

The loan has a 25-year term with a five-year grace period and interest determined in accordance with ADB’s LIBOR-based lending facility.

German development bank KfW will provide $192 million through a separate loan, with the Government of Himachal Pradesh providing an additional $235 million.

Himachal Pradesh, home to five major rivers, has been a hotbed for hydroelectric development as the north Indian state holds about a quarter of the country’s total potential hydropower resources.

HydroWorld.com reported in September that the World Bank had given the state a $100 million loan to study ways to implement hydroelectric development into its economic growth plan.