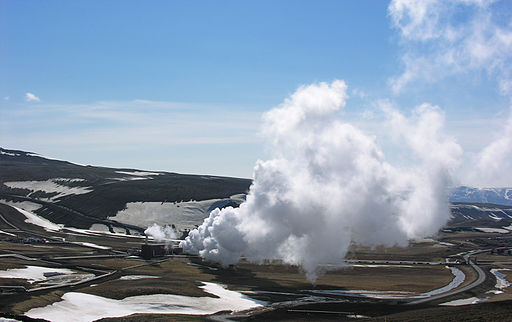 What’s the first thing you think of when you hear “Iceland?” Nordic? Cold climates? Glaciers? Those more familiar with the country might even add green or lush, but what about innovative, renewable or stable? Iceland has a uniquely stable power grid, an abundance of 100 percent renewable power and a booming start-up culture. Altogether, Iceland is the dream location for an energy developer eager to step outside of the box.

Unlike many other places around the world, Iceland has more power than it could ever use or need — a defining characteristic for sure. The relatively young power grid was built for the aluminum industry. Aluminum smelters require a nearly 100 percent uptime in order to prevent a complete production shutdown, and as a result, the Iceland power grid is one of the most stable in the world. Add to that the renewable energy sources that power the entire grid, Iceland has a power profile not easily found elsewhere in the world.

Founded over 50 years ago, Landsvirkjun, The National Power Company of Iceland, is the country’s largest electricity generator and one of the largest producers of renewable energy in Europe. The company primarily harnesses Iceland’s geothermal and hydroelectric power to produce electricity due to their economic benefits. Additionally, alternatives, including wind power, are available and under research and development.

These unique characteristics not only provide a foundation to Iceland’s economy in its most basic form, but provide a solid foundation to develop and foster a community of innovation, creativity and entrepreneurship that can provide a second layer of support for the country and drive economic development. As home to two-thirds of the country’s population, Reykjavik is not only Iceland’s capital, but a renewable energy think tank for innovation. Essentially, while other countries are trying to figure out who is next on the swings, Iceland is building a blueprint for a 2.0 version of the playground equipped with swings that push themselves.

As a co-founder of Startup Energy Reykjavik, Landsvirkjun teamed up with Arion Bank, GEORG and Innovation Center Iceland to develop a mentorship-driven, 10-week seed stage start-up accelerator and investment program, Startup Energy Reykjavik. The program focuses on energy-related business projects and provides start-ups with the funding and platform to get in front of those critical investors that have the potential to sink or swim their entrepreneurial boat. The competitive program offers free hosting and services, a creative work space and instrumental mentorship with immeasurable value and guidance to entrepreneurs to get their companies off the ground.

These start-ups have taken full advantage of the opportunities and resources naturally afforded by Iceland and pushed them a step further. The innovation that continues to come out of Startup Energy Reykjavik is top-notch and not only a reflection of the abundance of resources available, but also the talent.

XRG Power is currently working on a generator prototype that is capable of transforming low-temperature geothermal water into electricity. DT Equipment is developing specialized hardware and software that can conduct real-time chemistry analysis in aluminum production. Meanwhile, Keynatura is working to research and develop a way to produce food, nutraceutical and pharmaceutical products from algae utilizing Icelandic energy. This is just a small sample of the groundbreaking activities coming out of Iceland, with the possibilities being endless.

With companies, such as Facebook and Google, building data centers in Sweden and Finland, it’s safe to say that enterprises and key IT decision makers are realizing the inherent benefits of relocating their data centers to a stable, power-rich location. There is a general consensus and understanding that today’s economy is driven by data. We are curating more data than ever before and will continue to do so. With big data and high performance computing on the rise, power consumed by data centers has doubled in the last five years.

It’s no longer sufficient for IT leaders to throw their enterprise’s data into a miscellaneous data center and cross their fingers that the data center will always be able to support its storage needs. Enterprises are looking to countries like Iceland and its stable grid, low-cost power and renewable resources to support their storage needs.

The Icelandic data center industry is able to cut significant power costs by taking advantage of Iceland’s natural resources. Due to the stable power grid and geothermal and hydroelectric power, Iceland is immune to fluctuations in power pricing. Data centers are able to guarantee their customers a fixed rate for a minimum of 10 years. While cooling a data center is one of the most expensive operational expenses, Iceland’s cool climate offers free natural ambient cooling.

Aside from the natural amenities that Iceland offers data centers, the location of the country itself adds to its storage appeal. Located centrally between the U.S. and the UK, Iceland’s ideal equidistant location significantly reduces latency and is easy to access from both countries, reinforcing its invaluable assets to data centers looking to provide highly efficient, scalable solutions and services to enterprises.

There are so many projects, companies and innovative techniques taking place in Iceland to capitalize on the country’s natural advantages outside of those mentioned. From geothermal pools for fish farming to geothermal heat for residences, the country is filled with opportunity for anyone looking to develop, support or maintain an enterprise. As the only 100 percent renewable country in the world, the sky is the limit for the innovations that can come out of Iceland.