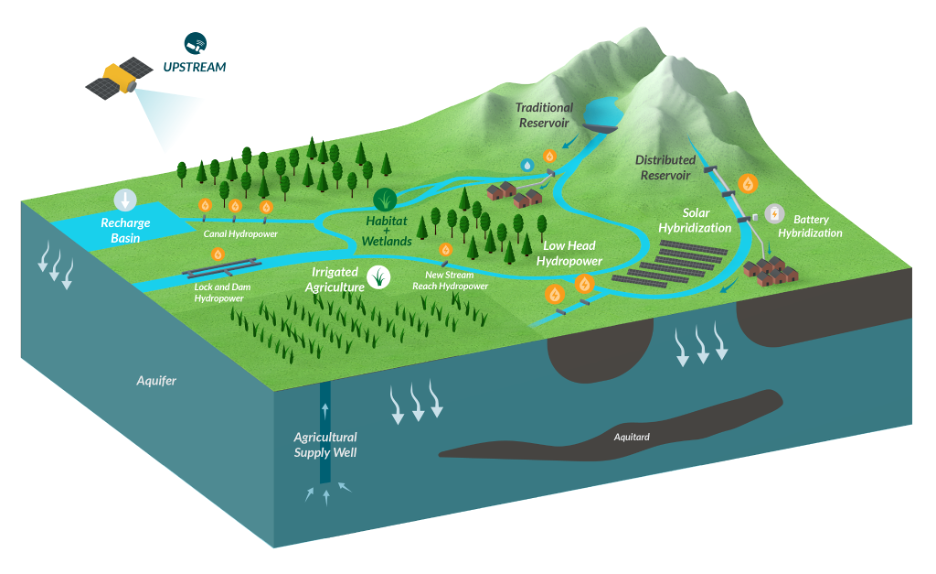 Last summer saw the second consecutive August my home state of California has faced a strained electric grid and associated grid outages. Climate change-induced heat waves are once again increasing demand for electricity just as the impacts of wildfires, drought and a diminished snowpack have coalesced to reduce electricity supplies and disrupt critical transmission and distribution systems.

These back-to-back summers of extreme weather underscore the need for a more robust and resilient electric grid capable of delivering the reliable power that ultimately underpins our health and wellbeing, from communication and transportation infrastructure to broader economic growth and physical security. By transitioning to a 100% renewable energy grid with a sustainable hydropower backbone, we can curb the worst effects of climate change. Of equal importance, we can protect and rehabilitate free-flowing rivers, supporting the species (including humans) that depend on them and ensuring electricity is available when we need it.

Decarbonization is a key step to increased grid stability

Today, 60% of the utility-scale electricity generation in the U.S. comes from fossil fuels that in turn account for 32% of the country’s total carbon emissions. Far from ensuring grid stability, burning fossil fuels exacerbates climate change, increasing the frequency and severity of extreme weather events that strain and destabilize our electric grids. Replacing fossil fuels with renewable energy reduces greenhouse gas emissions and helps address the root cause of increased weather volatility, which is critical to improving overall grid reliability and resilience.

The rapid expansion of renewable energy resources like wind and solar power are key to a 100% renewable energy grid. Unfortunately, these resources are intermittently available and must be complemented by rapidly dispatchable generating resources that can be ramped up and down to meet electricity demand fluctuations.

Alongside peaking power plants fueled by natural gas or coal, hydropower fills this complementary role by pumping additional capacity into the grid when electricity demand exceeds the availability of solar and wind resources. Hydropower’s capability came into focus during last summer’s heat wave in California, when hydro (which normally accounts for 16% of the state’s electrical capacity) generated up to one third of peak evening demand to keep air conditioners running when solar resources went offline. Even as drought conditions like what the American West is experiencing this summer reduce hydropower’s generation capacity and require additional planning to maintain a balanced grid, grid operators continue to rely on hydropower’s flexibility.

By combining hydropower with wind and solar, we can decarbonize our grids without sacrificing reliability. This suggests that the importance of hydropower — including new hydropower development — will grow exponentially as fossil fuels are phased out. But to maintain existing and build new hydropower projects without compromising the functional integrity of our free-flowing rivers, linked wetlands and watersheds and the associated ecosystem services that this natural infrastructure provides for us, we must embrace a new kind of modern, sustainable hydropower.

Reliable and responsive, without the environmental footprint

Hydropower’s reliability has traditionally been anchored in, and dependent upon, large reservoir storage or pumped storage configurations. But the massive civil works required for these projects often have detrimental social, economic and environmental consequences. Large reservoirs also lack the flexibility to adapt to the extremes of climate change. Increased rainfall and flooding indicates that reservoirs should increase in size, while severe droughts suggest that smaller reservoirs will be more cost-effective. This dilemma highlights the need for alternative development approaches that provide truly sustainable, reliable and climate resilient hydropower.

The solution lies in embracing distributed, run-of-river (RoR) hydropower installations that can provide the same baseload stability as reservoir-based hydropower plants without impeding a river’s flow. The generation capabilities of RoR hydropower plants are largely determined by the flow of the river, but when configured in small drops along rivers and coupled with structures designed to mimic the form and function of nature, RoR installations can include distributed ponds and wetlands that enable dispatchable energy storage while also contributing to groundwater recharge, as well as increased drought and flood resilience.

RoR hydropower installations can also be combined with energy storage devices like batteries, flywheels and supercapacitors to adjust electricity output as needed. In the U.S., Idaho National Laboratory is collaborating with a local utility, Idaho Falls Power, to study this approach as part of a U.S. Department of Energy-funded project called “Integrated.” The practice is already gaining commercial traction in Europe, where Germany’s RWE recently announced plans for a 117-MW battery storage system that will be coupled with two RoR hydropower stations along the Mosel River.

Networked together with modern controls to form a Virtual Power Plant (VPP) and coupled with storage, distributed RoR hydropower plants can generate reliable, dispatchable power, providing many of the same critical grid services as traditional, reservoir-based hydropower plants but without the environmental impact. These valuable grid services include frequency regulation to stabilize the electric system when demand spikes or black start capabilities to restart the grid when transmission systems fail. VPPs also increase the economic impact of RoR hydropower plants by allowing them to employ load following to adjust power output to meet demand as energy needs shift, as well as energy arbitrage — storing electricity when demand is low and selling it when demand spikes.

To advance research on the commercial and environmental viability of distributed RoR hydropower installations, the team at Natel collaborated with researchers at the National Renewable Energy Laboratory to analyze the tradeoffs for an installation of multiple, cascading hydropower facilities on a project’s net revenue as well as on downstream environmental flows. The results demonstrated that it is possible to design sustainable distributed hydro VPPs that prioritize river health and function while minimizing impacts on revenue and dispatchability.

Hydropower is an essential component of a 100% renewable energy grid. Modern approaches to sustainable hydro can ensure this reliability does not come at the expense of free-flowing rivers, linked wetlands and the critical ecosystem services watersheds provide. But the success of new hydropower technology and development philosophies that prioritize ecosystem health will depend on collaboration across industry, environmental and public sector stakeholders.

To facilitate this, Stanford Woods Institute for the Environment initiated a two-year dialogue entitled, “Hydropower: Climate Solution and Conservation Challenge.” The project brings together diverse organizations, companies, government agencies and universities to define a common path for how hydropower can support a carbon-free future while also safeguarding and enhancing rivers, wetlands and watersheds. By engaging in conversations like these, we can advance policies that support sustainable hydropower projects — enabling us to meet and exceed the 2030 clean energy targets laid out by the Biden Administration — while also laying a foundation for long-term grid stability and protecting our rivers.