More
Home Baseload How Canada Went Geothermal, and How the US Will, Too 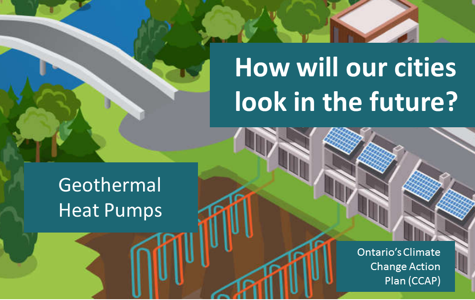 Ontario is going geothermal. The U.S. is shortly behind, and here’s why: Geothermal heat pumps provide the only reasonable solution to heating without combustion. Ontario’s Climate Change Action Plan identifies geothermal 10 times as the go-to heating (and cooling) technology to reach its carbon reduction goals.

According to The Globe and Mail, the Ontario government will spend more than $7 billion over four years on a sweeping climate change plan that will affect every aspect of life — from what people drive to how they heat their homes and workplaces in a bid to slash the province’s carbon footprint.

Right now, natural gas (NG) pipelines are going in in record numbers. But the Ontario Geothermal Association (OGA) has the government’s ear. After countless hours, thousands of pages of data and testimony, Ontario has set dates for NG phase out, and by 2030, the building code for residential and small buildings will eliminate combustion heating. By 2050, combustion heating will be outlawed in all buildings. The first steps in the effort (now through 2020) have just been release and are covered in Ontario’s Climate Change Action Plan (CCAP).

Ontario legislators were surprised to find that they were being asked for more money on top of the $200 million already announced to subsidize installation of NG pipelines into 68 additional communities. After calling in geothermal experts from the OGA and cross-examining folks representing the NG communities, Ontario legislators realized they were subsidizing NG pipelines at a cost of $25,600 for each connection on average. That amount does not include the cost of the furnace, domestic hot water tank, or installation. 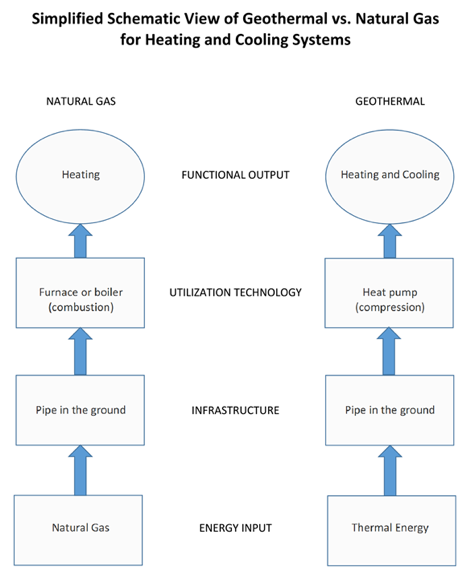 “Geothermal has the same cost structure as gas: the cost of new equipment, plus the cost of pipe in the ground. …If the cost to the communities of their new energy source (speaking of geothermal) is going to be reduced by 50 to 80 percent, geothermal is not only just as good: it’s better,” said David Hatherton, Geothermalist, during his testimony.

New York is not far behind. New York City’s 80X50 program provides for 80 percent reduction in emissions by 2050; a goal which can only be attained by similar means. In January, the city passed a law on requiring all government buildings to go geothermal starting in 2017. Hundreds of buildings in the city are already geothermal, and the city has a goal to see more than 900,000 of its 1.1 million go geothermal by 2050. The Trevor Day School and St. Patrick’s Cathedral provide a couple of recent examples. With the recent Legionnaire’s outbreak and Hurricane Sandy woes, NYC has more to gain by going geothermal than just elimination of combustion heating. Geothermal also eliminates the cooling towers needed by non-geothermal cooling technologies, making buildings more storm and disease resistant.

The New York State Public Service Commission (PSC) is already speaking with NG utilities asking them to switch their pipelines from NG to geothermal, along with other remarkably creative options, such as using the city’s water-mains for geothermal. American Water, the largest water utility in the U.S., is pleased with their choice to outfit a public school with geothermal heat pumps. This news report indicates that American Water is looking forward to the opportunity to outfit many more public facilities as soon as the water-main based geothermal system receives full PSC approval. 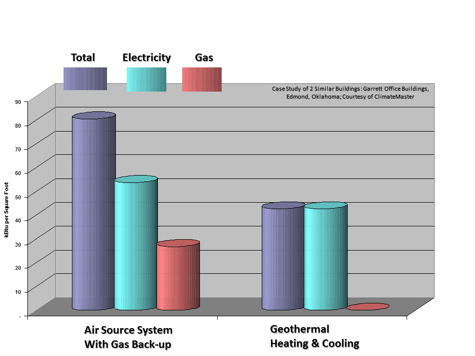 The New York State Energy Research and Development Authority (NYSERDA) has placed the right people and programs in motion to ensure the momentum continues.

One of the most widespread misconceptions about the phase-out of NG centers on electric heating. “All-electric” heating (or “electrical resistance heating”) can use a lot of electricity. Geothermal is an electrical technology, but unlike electric resistance heating, the geothermal heat pump moves or “pumps” about four units of solar-thermal energy stored in the shallow Earth for each unit of electricity consumed. And as indicated in the flow chart (Figure 2) that compares geothermal to NG, geothermal increases the function and profit of electrical power utilities, by decreasing high summer-peak loads, and providing winter baseloads — all while reducing (overall) emissions to about 10 percent of NG heating.

What does this mean for HVAC professionals? The world is switching over to geothermal. The earlier we get on board, the better.