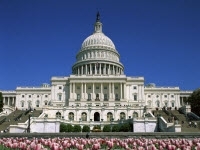 The Bureau of Reclamation Small Conduit Hydropower Development and Rural Jobs Act (House Resolution 678) and the Bonneville Unit Clean Hydropower Facilitation Act (H.R. 254) — both introduced to the 113th Congress in February — were assigned to committees for review before potentially being passed to the House for voting.

The Bureau of Reclamation Small Conduit Hydropower Development and Rural Jobs Act is essentially a reintroduction of H.R. 2842 from this past congressional session, which would remove application of the National Environmental Policy Act of 1969 (NEPA) from conduit hydropower projects with capacities of 5 MW or less.

According to proponents of the bill, certain types of hydropower projects should be exempted from NEPA compliance because Reclamation’s infrastructure already has enough environmental checks in place. And because the projects would use existing Reclamation conduits, no new land would be disturbed.

Instead of NEPA, Reclamation’s Power Resources Office would be the “lead office of small conduit hydropower policy and procedure-setting activities conducted,” as per the bill.

“Hydropower is the cheapest and cleanest source of electricity available through modern technology,” said Rep. Scott Tipton, R-Colo., who introduced both iterations of the bill. “The only thing standing in the way of realizing the incredible potential of this readily available renewable energy source is the existing federal regulatory framework, which stifles development and entrepreneurship.”

Meanwhile, the Bonneville Unit Clean Hydropower Facilitation Act was passed by the House in 2012 as H.R. 460, though it died in the Senate when the 112th Congress was dissolved.

Now reintroduced as H.R. 254, the legislation would “authorize the Secretary of the Interior to facilitate the development of hydroelectric power on the Diamond Fork System of the Central Utah Project”.

If passed, the bill would allow for the installation of hydropower on the Diamond Fork System, which is a pipeline that moves water from Utah’s Strawberry Reservoir to Utah and Salt Lake counties.

“H.R. 254 is a win for federal tax payers, the environment, and Utah electricity consumers,” said Rep. Jason Chaffetz, R-Utah. “This bill allows for the development of hydropower that generates revenue for the federal treasury and electricity for consumers without any harmful impacts to the environment.”

Both proposals have bipartisan support.

HydroWorld.com reported in February that the House had passed the Hydropower Regulatory Efficiency Act of 2013 with a unanimous 422-0 vote.