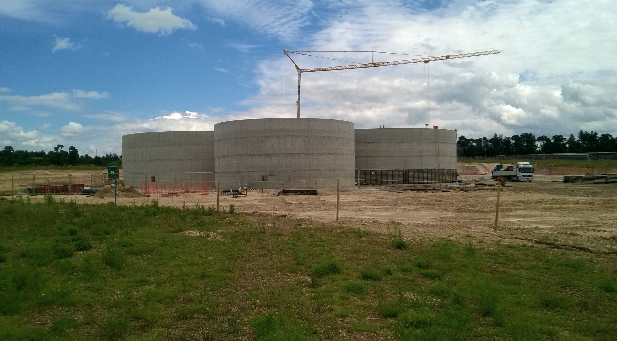 HoSt received an order for the construction of a new biogas plant in Suffolk, England. It is the second order with the same customer where HoSt built a plant in 2015. The construction works have already been started with the completion of the concrete tanks last week.

At the location, an AD plant is being built with different biomass streams as input. The flexible biogas plant is capable of handling a flexible input menu, such as liquid manure, corn silage and sugar beet pulp. The biogas will produce electricity with a 500 kWe CHP system. Also, the biogas will be upgraded to biomethane with gas to grid injection.

HoSt in the UK

With already more than 10 biogas plants built in the UK, HoSt continues its presence in the UK biogas market. This week, HoSt is present at the AD&Biogas exhibition in Birmingham. Join them on July 6 and 7 at Birmingham’s NEC at stand D217.