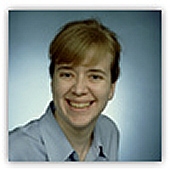 Although October has passed and Halloween’s festivities are winding down, Congress is still in the throes of a masquerade. Behind closed doors, lobbyists are working to dress up corporate handouts as the answer to America’s energy woes.

RE Insider – November 3, 2003 – Although October has passed and Halloween’s festivities are winding down, Congress is still in a masquerade. Behind closed doors, lobbyists are working to dress up corporate handouts as the answer to America’s energy woes. But don’t be fooled by the costume. The energy bill currently being negotiated in conference is not about a more reliable electric system or protecting consumers from fluctuating gasoline and natural gas costs. The energy bill tricks the public out of a smarter, cleaner energy future and instead treats the oil, coal and nuclear industries to more than 18 billion hard-earned tax dollars. The bill sweetens the polluters’ bag of goodies even more by letting them off the hook when things go wrong. The energy bill won’t make our cars go farther on a gallon of gasoline. The quickest, cheapest and cleanest way to reduce America’s dependence on oil and reduce pollution from global warming is to significantly increase the fuel economy of our cars, SUVs and light trucks. The energy bill conferees have devised a bill that will actually increase U.S. oil consumption by adding loopholes weakening current fuel economy laws. This bill fails to protect consumers from fluctuating gas prices, instead treating the oil and gas companies to US$500 million in loans to subsidize development. The oil and gas industry will already benefit from nearly $10 billion in existing tax breaks over the next five years, but they could get an additional $10 billion in new tax breaks in the energy bill. The bill also allows oil companies like BP and ConocoPhillips to suspend millions of dollars in royalty payments from drilling projects in Alaska. On top of these giveaways, the bill shields oil and chemical companies like ChevronTexaco, and Lyondell Chemical Company (ARCO’s chemical branch) from lawsuits about groundwater contamination. The chemical methyl-tertiary-butyl-ether (MTBE) is classified as a possible carcinogen. MTBE causes water to take on the taste and smell of turpentine and has been found in groundwater and drinking water across the country. The energy bill would protect the companies responsible for contamination from state and federal product liability lawsuits. In a separate provision, the bill gives up to $2 billion in taxpayer money to the polluters to clean up leaking underground storage tanks. Not only would polluters get off the hook financially for cleaning up leaking tanks, the provision also diverts money from the clean up of abandoned sites to areas where the responsible polluters are clearly identifiable. The energy bill also fails to harness the potential of renewable energy. The potential power output of wind, solar, biomass and geothermal resources in the United States is at least four times greater than our total electricity consumption. The Senate-passed energy bill included a modest renewable electricity standard requiring utilities to generate 10 percent of their electricity from clean renewable sources by 2020. The U.S. Energy Information Administration found that a 10 percent standard by 2020 could save energy consumers $13.2 billion between 2002 and 2020. Unfortunately, the current conference drafts of the energy bill don’t even include this provision. Fifty-three senators expressed strong bipartisan support for a renewable standard on the same day energy conferees cut it from the bill. Instead of tapping our vast potential for cleaner sources of energy, the energy bill treats the coal industry to its first ever tax break for burning coal and gives several handouts for specific coal plants. The Healy “Clean Coal” Project, located 10 miles outside of Denali National Park, in Alaska, exemplifies these outrageous subsidies. The project originally received $117 million in federal subsidies to build a plant that would test equipment to burn coal more cleanly. The project was a flop and the plant has been sitting idle since 1999. Now the project’s leaders are knocking on the Federal Government’s door and asking for a new treat: a loan of $125 million so they can convert the “clean coal” plant back to a dirtier coal plant. Coal-fired power plants are the leading source of toxic mercury, which contaminates our rivers and streams, and a leading source of global warming pollution. Yet the energy bill piles on benefits for coal companies by allowing them to do nothing to reduce global warming emissions and nothing to address air pollution. Unfortunately, the bill also breathes new life into the failing nuclear industry. Nuclear power reactors put our lives at risk from potentially disastrous accidents and create radioactive waste, for which there is no safe disposal process. Instead of tapping our vast potential for truly clean sources of energy, the energy bill treats the nuclear energy to more than $1 billion for research and construction of new nuclear power plants. Any electric utility or other owner/operator of nuclear power plants interested in building a new reactor could benefit from this subsidy, as well as corporations like General Electric that provide services for utilities building new reactors. According to the Nuclear Energy Institute, three companies (Dominion Energy, Entergy Nuclear and Exelon) are currently pursuing new nuclear power plant sites. In addition, the energy bill lets the nuclear industry off the hook in the event of a nuclear accident by reauthorizing the Price-Anderson Act, which has been subsidizing the nuclear industry for five decades. Extending the Price-Anderson Act shifts the responsibility for costs associated with a nuclear catastrophe — potentially billions of dollars — from nuclear companies to the general public. Congress can’t mask the true nature of the energy bill. It is better to have no energy bill than this bag of corporate goodies masquerading as real energy policy. Katherine Morrison is a staff attorney working on clean energy and global warming issues with U.S. PIRG. Before joining the U.S. PIRG staff, she worked with the Natural Resources Defense Council as the Communications Coordinator for the Clean Air Network and with the Center for International Environmental Law. She is 1994 graduate of American University, and a 2001 graduate of the William and Mary School of Law, where she won the Thurgood Marshall Award for distinguished public service.