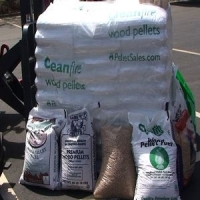 New Hampshire, United States [RenewableEnergyWorld.com] Roughly 30 percent of the energy used in the U.S. is for heating and cooling and a large proportion of the energy used for heat, at least in the Northeast, comes from burning oil. While using renewables to generate electricity and solve transportation issues (the other 70 percent of the equation) receives the lion’s share of attention from policymakers, the organizers of the first “Heating the Northeast with Renewable Biomass” conference that took place in Nashua, New Hampshire this week are hoping to change that.

Opening the conference was a keynote by New Hampshire Governor John Lynch, who said that NH is a good place to focus on renewable biomass for heat.  The region is comprised of 84% of growing forest and therefore biomass is in large supply. Adding that New Hampshire has been named the most livable state in the union for the 5th year in a row by State Rankings 2008: A Statistical View of America, protecting the state’s way of life is a huge concern and he recognizes that moving toward more renewable energy will create jobs and help the region remain sustainable.

Neibling also unveiled the Biomass Thermal Energy Council (BTEC) a new organization that will work in Washington, DC to bring awareness about and favorable policy for biomass thermal energy.

In something akin to the “eat local” movement, it’s important that policymakers focus on biomass thermal energy in the Northeast, conference speakers pointed out.  In the region there is ample supply of biomass and its winter are extremely cold.  Currently when people in the Northeast use heat, they are, for the most part, burning oil.

William Straus, President of FutureMetrics, a firm that performs economic modeling and forecasting, explained that just in the state of Maine, 80% of the homes heat with oil.  That adds up to more than $1 billion dollars annually spent on oil with a large proportion of that money going overseas.   If you look at the entire Northeast, which includes New England and New York, the number is $13.7 billion annually — all money that is traveling out of the region.

Straus showed a model of a hypothetical scenario in which 1% of the homes in the Northeast converted to biomass thermal heating systems each year for 10 years, with local or federal governments offering a $6,000 tax credit (roughly the difference between a new high-end oil furnace and a pellet furnace).  In 10 years time, he explained, the government would be looking at a net benefit to the treasury of approximately $7.1 billion dollars in increased tax revenue and more than one-hundred thousand new jobs.

Former Pennsylvania Congressmen and owner of Warm Home and Hearth, John Peterson, also delivered a keynote at the conference where he stressed the importance of energy remaining affordable in this country.  He offered insights for conference attendees into how to work with policymakers.  “This is how you work your way in, folks” he said, adding that all biomass industry stakeholders should know their representatives and make sure that their representatives know what is going on in the biomass industry.

The first-of-its-kind Heating the Northeast with Renewable Biomass conference offered access to 26 vendors, 8 breakout sessions and 2 keynote sessions and drew more than 400 attendees.  Organizers were pleased with the turnout.  “All of the stakeholders are here,” said NEWP President and CEO, Steve Walker explaining that it is time for the industry to band together in order to help craft policy that is on par with other renewables.

Look for an article on Biomass District heating coming up soon on RenewableEnergyWorld.com.

To see clips of the speeches from John Lynch, Charlie Neibling and John Peterson, play the video below.