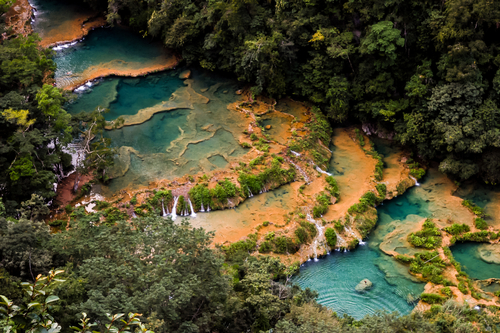 The country of Guatemala is considering the issuance of a 200 MW geothermal request for proposals sometime in 2016, US Geothermal President and COO Doug Glaspey said on Nov. 10.

US Geothermal is currently seeking out and meeting with potential purchasers for the output from its planned El Ceibillo geothermal project in Guatemala, according to Glaspey.

With an initial development of 25 MW, the El Ceibillo geothermal project will include a flash steam power plant to be located southwest of Guatemala City.

“Drilling began on well EC-3 on Oct. 29,” he said. “So depending upon the results of the two additional wells, combined with [the previous discovery], we will then select the location for our production size well to fully test the resource and determine its size and production characteristics.”

U.S. Geothermal on Nov. 9 announced that the company will acquire all of the major and long lead equipment for the construction of three binary geothermal power plants with a total design output of about 35 MW.

The company said that the equipment was part of an order for six power plant units by another geothermal developer. Components for the three units are all new and unused, and have been held in storage.

“We paid $1.5 million, which is approximately 5 percent of the equipment’s original cost, a saving of roughly $28 million,” Dennis Gilles, CEO of US Geothermal, said in a statement. “This equipment gives us the ability to expand our megawatt output at our existing portfolio of advanced stage development projects at significantly lower cost, and in much shorter construction timeframes.”