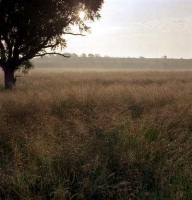 The biofuels boom has brought on a backlash, and the biofuels community is beginning to mount a response. This was in evidence at the second annual Business of Biofuels Conference in Gresham, Oregon last month. One of its two days was devoted to sustainability issues, particularly the interaction of food and fuel crops.

Keynoter Jim Kleinschmidt of the Institute for Agriculture and Trade Policy (IATP) mapped the landscape.

“Today there is no question, biofuels are becoming mainstream, a real part of today’s agriculture, energy and forestry agenda. But there are consequences,” said the IATP Rural Communities Program director, noting food security concerns are one of the greatest consequences. “The backlash against biofuels is growing. We are now at risk of losing the public support needed for expansion of biofuels markets.”

A significant problem with the current system is policies that promote only a few major commodities. This was cited by speakers throughout the day, including Brent Searle of Oregon Department of Agriculture.

Searle noted the natural tendency of farmers is toward producing the largest crop they can with available land and equipment. Commodity support programs have reinforced this tendency. So sectors ranging from livestock to ethanol have been built on an assumption of grain supplies below the cost of production.

Now changing markets are having ripple effects across sectors. Livestock operators in particular have seen their costs go up.

Ethanol industry demand for corn is “no doubt” having an impact, Kleinschmidt said. However, inflation-adjusted prices are well below 1970s levels and “merely returning to levels that let farmers make a living.” (Indeed, corn subsidies will decline 75 percent this fiscal year, reducing program costs by $6 billion.)

Yet the impact of corn prices on overall food costs has been exaggerated, Searle said. He quoted American Farm Bureau Federation Senior Economist Terry Francl, “. . . there is little evidence that any food category has been affected by higher corn prices in any significant manner. Certainly it is true that some food product manufacturers have claimed higher corn prices are increasing their manufacturing cost, using this as a justification for raising their product prices.”

As evidence Searle noted that even at $4 per bushel,

• a 10-ounce box of corn flakes contains less than a nickel’s worth or corn,
• corn sweetener in a can of soda adds two cents to the cost,
• corn feed represents $0.25 cents at retail for pork at $3 a pound.

“It’s important to look at the big picture.” Searle said. “A lot of these fuel-versus-feed arguments do not stack up.”

“Ethanol from corn is transitory,” he added. “My concern is we don’t kill the good to try to achieve the perfect.”

The next stage of biofuels is a move from grain to cellulose feedstocks. This is one opportunity for the biofuels sector to promote overall agricultural sustainability. Kleinschmidt called for support for a greater diversity of crops, in particular perennial grasses that can feed cellulosic biofuels production.

In addition, “Biofuels need to embrace the local.” An emphasis on regional biofuels feedstocks will go hand in hand with an emphasis on local food production. In the U.S. this task may fall to the states, he noted.

“The biofuels sector needs to promote all forms of renewable energy,” Kleinschmidt added, including electricity for plug-in hybrids and renewables at biofuels plants.

Representing the largest ethanol producer in the western U.S., Tim Raphael of Pacific Ethanol said, “Corn ethanol producers are leading a lot of the work on next generation cellulosic ethanol.”

That includes companies such as Poet [formerly Broin], planning to add cellulosic production to a standard corn plant, and his own. Pacific is seeking funding to use straw and wood waste at its Boardman, Oregon plant and plans to eventually use cellulose at all its plants.

Use of cellulose will take pressure off food crops while reducing global warming emissions more than corn ethanol. But corn is needed for the transition, Raphael said.

“We can’t get there from here without access to markets today. Corn ethanol producers are going to play a key role in bringing on the next generation.”

The impact of biofuels growth on developing nations’ food supplies has drawn some of the sharpest backlashing along the lines of “starving the poor to feed our cars.”

Speakers throughout the day focused on the larger context, another one of those ways the biofuels boom is amplifying the effects of poor policy choices. Kleinschmidt pointed to trade policies that promote dumping below-cost commodities to foreign markets, particularly in developing countries. He noted that corn exports to Mexico have increased 240 percent since the North American Free Trade Agreement went into effect in 1994. So when tortilla prices escalate, biofuels receive the blame.

It should be remembered that when NAFTA went into effect, and the Zapatista army appeared in Chiapas, Mexico in protest, the coming invasion by subsidized corn was a major driver. Indigenous Mayans, probably the world’s original corn farmers, were worried they would be driven out of business. And their fears were well founded. Hundreds of thousands of poor Mexican farmers have been driven off the land, and pressure on U.S. borders has intensified as a result.

Kleinschmidt called for an end to trade policies that dump commodities on developing nations. Instead, higher prices and positive policies can improve the lot of farmers in those nations.

Raphael echoed that comment. U.S. food aid programs “should be investing in local agriculture, not relying on cheap U.S. commodities.” He quoted a Wall Street Journal report that showed the U.S. in 2003 spent $500 million shipping commodities to Ethiopia while spending only $5 million on agricultural development there.

Raphael also quoted Suzanne Hunt of Worldwatch Institute, “If rich countries were no longer dumping cheap food on the commodities market, farmers in developing nations would have a better chance of staying in business.”

Biofuels growth has placed new stresses and pressures on agriculture, underscoring the need for sustainability in production of all commodities whether they are food, feed, fiber or fuel. Biofuels represent an opportunity to put in place the policies that will achieve a more sustainable agricultural system overall in the U.S. and around the world.

Patrick Mazza is research director for Climate Solutions. This is his third in a series of articles that explore ways to build a sustainable biofuels industry. Please send comments to patrick@climatesolutions.org.