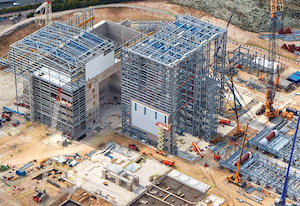 Green Investment Group (GIG), formerly the Green Investment Bank, last week arranged a £38 million (US$51.6 million) debt facility for a waste-to-energy project, the first investment made by GIG since Macquarie Group purchased it in August from the U.K. government.

The investment is part of a £207 million (US$281 million) senior debt facility from a syndicate of lenders that will fund Wheelabrator Technologies’ stake in Ferrybridge Multifuel 2 (FM2) — a new, large-scale merchant waste-to-energy facility near Knottingley in West Yorkshire, U.K.

Once operational, the 70-MW facility will generate electricity for U.K. homes and businesses.

FM2 is being built by Multifuel Energy Ltd, a joint venture of Wheelabrator and SSE plc.

GIG said FM2 will be located adjacent to the Ferrybridge Multifuel 1 facility, which began commercial operations in July 2015, and next to the recently decommissioned Ferrybridge C coal-fired power station. According to GIG, FM1 and FM2 combined will form the largest waste-to-energy site in the U.K.