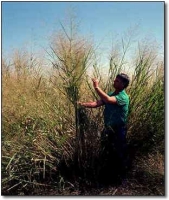 Des Moines, Iowa [RenewableEnergyAccess.com] Iowa Gov. Tom Vilsack has issued an executive order that sets up a purchasing requirement for state agencies to purchase at least 10 percent of their electricity needs from renewable energy sources by 2010. The order also requires state agencies to reduce their electricity use in buildings at least 15 percent by 2010 relative to their use in 2000.

“When we use renewable fuels, we create economic opportunities for the farmers of our state, we return dollars to our local economies and strengthen communities,” Vilsack said. “Renewable fuels also give families an opportunity to stretch their energy dollars because they are less expensive.” Gov. Vilsack based the executive order on information presented to him from the Governor’s Energy Policy Task Force, which was established in 2000 and has provided annual updates to its first report from 2001. According to language in the order, Vilsack would like to see state sponsored investment in renewable energy technologies so Iowa’s energy market will have a long-term investment that should help make the technology more cost efficient. The Governor cited the state’s active wind capacity of 636 MW, and stated that there is the potential for wind power in Iowa to produce nine times the state’s electricity consumption in 2003. The order also contains requirements on converting the state’s transportation fleet either to hybrid-electric vehicles or vehicles running on alternative fuels by 2010, and a requirement that bulk diesel fuel purchased by state agencies must contain a certain percentage of renewable fuel such as biodiesel. As an agricultural state Iowa has the capacity to produce more than 900 million gallons of ethanol and 20 million gallons of biodiesel every year, according to the executive order. Support for those industries through required state purchases should have the same investment benefits outlined for the wind industry. Iowa currently offers a range of tax incentives and in-state grants to support renewable energy technologies. A mandatory green power option was introduced in 2001, and the state supports net metering contracts for utility customers who produce their own energy and renewable set asides for investor owned utilities.