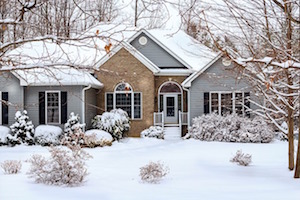 Gov. Andrew Cuomo has announced an emergency program to rescue geothermal jobs in New York State, setting aside $15 million over two years in geothermal heating and cooling rebates for New Yorkers. Geothermal installations use the constant temperature under the ground’s frost line to renewably heat and cool homes and businesses without producing greenhouse gases on site. This industry is key to New York reaching its 40 percent greenhouse gas reduction goal by 2030 as more than a third of the state’s greenhouse gases come from the heating sector. Over 1,000 New York jobs in the industry had been put at risk by the sunset of a 30 percent federal tax credit which faces dim prospects of renewal with federal energy policy now firmly controlled by fossil fuel interests.

Cuomo had been urged to act by a wide ranging coalition of environmental organizations, local elected officials and geothermal businesses. The governor’s announcement comes as part of a comprehensive draft Renewable Heating and Cooling Policy Framework that he released on Feb. 7.

The emergency program allocates $15 million over the next two years, which will support geothermal installation rebates of $6,000 for an average sized home. Geothermal is one of the least expensive ways to heat and cool, but the up-front costs of installing thermal exchange pipes below the frost line is a barrier for many businesses and homeowners. The rebates are set at a minimal level to stimulate the market for two years while longer term plans are put in motion. The longer term goal is to allow market mechanisms to absorb the up-front costs, leading to a widespread transition to renewable heating and cooling.

In November, the governor had vetoed a geothermal tax credit bill which had been passed overwhelmingly by the legislature in June. His veto message stated his general support for geothermal installations. He encouraged consideration of incentives, as a revenue impacting item, in the budget process. Cuomo has delivered on the silver lining of his veto message.

On Dec. 15, 2016, New Yorkers for Clean Power and the NY Geothermal Energy Organization (NY-GEO) delivered a letter to Gov. Cuomo calling on him to include a dynamic incentive for geothermal installations in his upcoming state budget.  The letter to the governor was signed by more than 160 local elected officials, and representatives of New York businesses and environmental organizations. This action capped a year-long campaign for a geothermal incentive in which thousands of New Yorkers mailed post cards, called elected officials, conducted press conferences and organized at the grass roots level.

Cuomo’s action puts New York squarely at the forefront of state action on renewable heating and cooling. Maryland, Iowa, South Carolina, and New Hampshire have all embraced initiatives, but none are as robust as New York’s. In addition, the governor’s policy framework lays out an exciting path forward for New York’s home and building owners to break free from the volatile costs of fossil fuels. NY-GEO President John Franceschina noted “California is usually credited as the leader in renewable energy, but that state has yet to effectively address the heating sector. New York is now charging ahead with a more complete program that addresses heating, cooling, power generation and electric vehicles.”

The geothermal initiative fits well with Cuomo’s commitment that 50 percent of New York’s electricity will come from renewables by 2030. The combination of geothermal for heating and cooling and solar panels to generate electricity is the most direct path to eliminating carbon emissions from homes and businesses in New York.

Reaction to the governor’s announcement from environmentalists and businesses ranged from positive to ecstatic.

Todd Schmigel of Buffalo Geothermal noted that “the governor’s action will be especially effective because it can eliminate fossil fuel heating bills for the many rural and small town New Yorkers who rely on expensive and volatile propane and heating oil to heat their homes and businesses.”

“The Sierra Club applauds Governor Cuomo’s leadership in filling the void left by the expiration of the federal geothermal tax credit,” said Roger Downs, conservation director, Sierra Club Atlantic Chapter. “Geothermal heating and cooling represents one of New York’s best and most cost-effective strategies to achieving our net zero energy goals and deserves the same financial encouragement as other desirable energy sources like wind and solar.”

John Ciovacco, president, Aztech Geothermal, Ballston Spa, N.Y., stated “Aztech is Capital District’s leading company in the design and installation of geothermal heat pump systems. We have created good paying jobs for our employees and a growing network of trade subcontractors. The governor has come through for us, saving jobs and allowing companies like ours across the state to get back to business, setting the foundation for greenhouse gas reductions in buildings.”

Joanne Coons is the Capital Region leader of the NY Solar Energy Society. She said: “I am a homeowner with a geothermal heating and cooling system. I feel good that I do not contribute to our carbon-based fossil fuel problems. By stepping in with his rescue program, the governor is providing more opportunity for people to replace their heating and cooling with non-carbon solutions that address our climate change problem.”

Brian Eden, chair of Solar Tompkins Board of Directors noted, “Solar Tompkins HeatSmart Initiative focuses on reducing the greenhouse gas emissions associated with home heating, cooling and domestic hot water production, which together account for roughly 3/4 of home energy use in our area. With the expiration of the federal tax credit at the end of 2016 and the then lack of NYS incentives for geothermal energy systems, we were concerned that the rate of their adoption would decline substantially this year. HeatSmart public presentations begin in mid-February, and with today’s announcement of NYS incentives for these systems, we are approaching this year’s campaign with renewed enthusiasm.”

“As the geothermal technology has matured under the 30 percent federal tax credit we have made great strides in advancing the understanding of all the environmental and economic benefits of geothermal,” according to John Manning of Phoenix Energy in Auburn, N.Y. “The investment on the part of hundreds of small companies have created over 1,000 jobs in New York State. Governor Cuomo’s decisive and bold initiative will help continue to make these investments a wise choice. There is no doubt that the benefits of the geothermal technology when quantified and valued according to the simple cost of carbon and improved health benefits through improved air quality is a wise investment, but until the free market can reflect these benefits financially we need and appreciate the support from the governor’s office and NYSERDA.”

NY-GEO thanks the thousands of well-meaning New Yorkers, from Gov. Cuomo on down, who came together advocating for 1,000 family-supporting jobs and paving the way for New York to meet the goal of reducing greenhouse gas emissions by 40 percent by 2030.