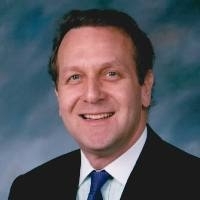 In an effort to decrease consumption of oil in the United States, Congress tasked the Environmental Protection Agency (EPA) to “promulgate regulations to ensure that gasoline sold or introduced into commerce in the United States, on an annual average basis, contains the applicable volume of renewable fuel” (1501 Energy Policy Act 2005).

This in turn led to the Renewable Fuel Standard (RFS), which became effective September 1, 2007. The RFS raises the amount of renewable fuels to be used in gasoline in the United States from 8 billions barrels in 2008 to 36 billion by 2022.

The Birth of RINs

In order to monitor this mandated increase in renewable energy production, the EPA required that each gallon of renewable fuel produced have a unique serial number attached to it. These “Renewable Identification Numbers (RINs)” are then turned into the EPA each year by petroleum refiners to prove that they have blended the required amount of renewable fuel into their gasoline. However, refiners can get around blending renewables into gasoline themselves by purchasing excess RINs from refiners who have used more renewable fuel than was required of them.

Further, anyone who is registered with the EPA can buy and sell RINs, which means that RINs function as somewhat of a currency.

Conceptually, RINs are a simple idea, but the technical aspects of the RINs can be intricate and complex.

A RIN is a 38-digit number that contains the entire DNA of the fuel it identifies (year of production, producer ID, facility ID, equivalence value, batch number, cellulosic/non-cellulosic, etc.) This 38-digit number can also represent any volume of fuel from 1 gallon to 99,999,999 gallons. So where one RIN may represent 5 gallons of ethanol, another RIN may represent 50,000 gallons of biodiesel. (Click the link at the bottom of this article to see a chart that explains the makeup of RINs.)

Each transfer of ownership (first the unassigned RINs with their respective fuel, and later the transfer of separated RINs among market participants) requires submitting long sequences of these 38-digit numbers to the EPA. A typical transaction representing 500,000 gallons of renewable fuel might involve as many as 100 individual RINs.

Submitting so many long and unwieldy numbers means that the system is fraught with potential errors.

Additionally, there is no available database that allows buyers to verify and validate RINs. Even if there were such a database, the information would not be available until after each quarterly filing deadline. Market participants may therefore be unnecessarily exposed to counterparty risk.

To help highlight the complexity, think of it this way: What if the IRS demanded the individual serial numbers of dollar bills from merchants every time they sold items for cash? Simple transactions would require cumbersome bookkeeping and accounting tasks to be performed on a routine basis.

The selection of 38-digit numbers to monitor compliance represents a deliberate choice by our previous administration. The rest of the world may prefer to regulate emissions via cap and trade systems, but the U.S. refused to sign the Kyoto Protocol in 1997 and has been unwilling to embrace carbon credit programs of any kind.

It is hoped that this shortcoming will be addressed by upcoming revisions to the RFS program in 2009.

In addition to the meeting the requirements of the RFS, RINs could be turned into an instrument for other advancements of the U.S.’s environmental policy by using them as a government sanctioned “currency.”

Congress could, for example, sponsor legislation to issue RINs to encourage and reward the building of power plants and factories with reduced greenhouse gas emissions. RINs might also be issued to encourage fleet conversion to Flex-Fueled Vehicles and to manufacturers of electric vehicles and lawn mowers. Solar power and wind power could also qualify for RIN credits. The choices are limitless.

Additionally, the purchasing of RINs could become an attractive strategy for corporate public relations campaigns. To demonstrate their commitment to sustainability and the neutralization of their “carbon footprints” corporations could purchase RINs and retire them. This gesture would remove a given amount of RINs from circulation, decreasing supply in the market. Since motor fuel refiners and importers continue to have to submit RINs to be compliant with the Renewable Fuel Standard, more renewable fuels would have to be produced to bring necessary supply back into the RIN markets.

Purchasing RINs for the PR value would present an attractive alternative to the increasingly common purchase of Carbon Credits by corporate entities for the same purpose. After all, RINs are regulated in the United States by the EPA and readily identifiable with unique serial numbers. Currently, the same cannot be said of Carbon Credits.

It should be noted however, that these novel applications of the original RIN concept are not without risks. Should the delicate balance between supply and demand become unhinged, price pressures could easily push the value of RINs to levels where compliance with the RFS would cause RIN (and motor fuel) prices to rise significantly. In such a scenario, political pressures might then be brought to bear on the EPA to lower the renewable fuel standard thereby reducing fuel prices, similar to what happened this summer, when crude oil and crop price spikes prompted several states (led by Texas) to petition the EPA to relax the RFS for 2008. Following several months of deliberation, this request was turned down.

One of the most compelling components of the RIN program is the unrestricted ability to freely trade RINs among EPA registered entities. The EPA expressly permitted non-stakeholders to buy and sell RINs, provided they are registered with the EPA and file quarterly reports. Since being listed on an electronic exchange, (RINXchange) there has been significant interest in trading RINs, not only by “stakeholders” (blenders, marketers and producers of renewable energy), but also from participants in the financial markets.

While the RIN market is currently liquid and groups like RINXchange are bringing much needed price discovery to the marketplace, RIN trading does not yet permit selling “short,” an important functionality in any financial market. It is expected that short selling will soon enter into the RIN markets offering all participants greater liquidity and additional hedging opportunities.

Many in Washington, including the Obama administration have stressed the importance of reducing the country’s dependence on foreign oil and reducing green house gas emissions. It will be interesting to see how RINs and the RFS will impact these goals. Already in 2009, the RFS will require that 11.1 billion barrels of produced and consumed, 3.1 billion more barrels than in 2008.

John D. Gelbard is the co-founder and CEO of the RINXchange, an online marketplace for the buying and selling of RINs. He is also Senior Vice President of I.A.Englander & Co., one of the largest independent derivatives brokerage firms in the United States. Mr. Gelbard has been a member of the American Stock Exchange since 1977. He is the former Chairman of The Option Market Makers Association, has served on the Nominating Committee of the Amex Board of Governors, and was instrumental in the development and implementation of strategic new products at the Exchange. He has also been a member of the COMEX, the CBOE, and the NYFE.