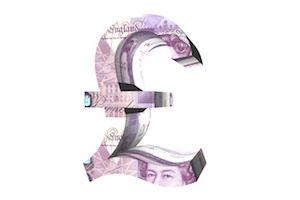 Climate and energy policy firm E3G, in conjunction with Greenpeace UK, today released findings that point to the possible stripping of assets of the U.K.’s Green Investment Bank (GIB) in advance of its pending sale.

Members of the environmental community turned to Twitter to express their concerns about the news.

In an earlier tweet, Francis said “we need the #GIB more than ever,” and called for the sale to be halted to “safeguard investment in the U.K.’s green future.”

Golden share will not protect from asset stripping. Need to rethink #GIB privitisation or we risk losing this vital institution altogether!

“[T]he takeover [of the GIB] now seems to be potentially benefiting the socially useless side of banking, with asset stripping and offshoring of revenues at center stage,” Doug Parr, policy director at Greenpeace UK said in a statement. “It will provide income for the overseas owners, but the prospect of it driving useful investment into U.K. economy looks far from certain.”

E3G said in a statement that between Nov. 22 and Dec. 1, 2016, 10 new companies — corresponding to the GIB’s largest assets — were incorporated and registered to the GIB’s London offices.

“This sudden proliferation of companies is uncharacteristic of the GIB, which has to date had a simple, stable and transparent structure,” E3G said. “The establishment of holding companies, and multiple corporate layers, is often synonymous with practices such as leveraging excessive debt, asset stripping and financial engineering, including tax avoidance measures.”

E3G added that Javid’s successor, Greg Clark, has the opportunity to stop the sale, and review the entire process currently being led by UK Government Investments.

The sale is expected to be finalized before the end of January.

Gregory Baker, former UK minster for energy and climate change, and current member of House of Lords, tweeted that he met with former colleagues last night, and it is clear that there are “big concerns” about the GIB sale.

Dick Winchester, an energy strategy consultant, countered concerns about the sale in a tweet noting that GIB has had “no real benefit” to the UK industry because it only funds projects rather than technology development.

@SepiGM Important to remember tho that #GIB only funds projects not technology devt so has been of no real benefit to UK industry.