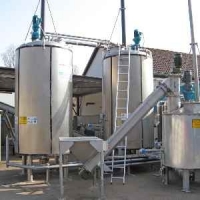 Berlin, Germany [RenewableEnergyWorld.com] Germany’s Reichstag in Berlin is set to become the first parliamentary building in the world to be powered 100 percent by renewable energy. Soon the entire country will follow suit. Germany is accelerating its efforts to become the world’s first industrial power to use 100 percent renewable energy — and given current momentum, it could reach that green goal by 2050.

A new Roadmap published by the German Federal Ministry for the Environment sketches out the route the world’s largest exporter plans to take to switch over completely to renewable energy, and add 800,000 to 900,000 new cleantech jobs by 2030 as it does so.

To overhaul key parts of the German economic juggernaut while it is hurtling down the highway, the roadmap lays out an integrated approach, involving measures for greater energy efficiency as well as a steady expansion of all types of renewable energy and a stronger focus on research and development into the next generation of green technologies.

“It’s ambitious, but Germany can be running on renewable energy by 2050 if there is the political will,” said David Wortmann, Director of Renewable Energy and Resources at Germany Trade and Invest, a government body supporting the country’s renewable energy sector.

In 2008, the percentage of renewables in Germany’s primary energy consumption was 7.3, but that figure is predicted to increase to 33 percent by 2020 as the country thunders on ahead of other European countries in renewable energy development.

According to the plan laid out in the roadmap, a raft of new energy efficiency measures, including the construction of a smart grid, should reduce the country’s primary energy consumption by 28 percent in the next twenty years from 13,842 PJ (peta-joules) in 2007 to 12,000 PJ in 2020 and 10,000 PJ in 2030, slashing billions off the bill that the country has to pay for increasingly costly energy imports.

By 2020, 30 percent of the electricity consumed in Germany is set to be coming from renewable energy sources, with wind energy contributing the most at 15 percent, bioenergy second with 8 percent and hydropower third with 4 percent. By 2015, photovoltaics are expected to reach price parity and so become commercially viable.

Making optimal use of Germany’s natural wind resources concentrated along the northern coastlines, huge offshore wind parks, placed in the North Sea, should have the capacity to generate as much as 10,000 MW, feeding electricity into a smart national grid able to transport the energy from the north and east of the country or from the south and west with optimal efficiency using high voltage direct current (HVDC).

The Roadmap estimates that by 2030, as much as 50 percent of Germany’s electricity will be coming from renewable energy sources. In twenty years time, a smart grid interconnected with the entire European electricity grid will be in place.

Solar energy will be imported via Italy from the solar thermal plants operating in the sun drenched deserts of North Africa.

It is estimated that introducing tighter energy efficiency measures will reduce total electricity demand in Germany by 10 percent to 550 TWh per year by 2020.

David Wortmann concedes that the current economic crisis has hit the country’s renewable energy sector, but believes that the industry will emerge leaner and fitter.

“The technical capacity is available for the country to switch over to green energy, so it is a question of political will and the right regulatory framework. The costs are acceptable and they need to be seen against the huge costs that will result if Germany fails to take action to cut its carbon emissions,” he said.

He said that Germany plans to use all the renewable energy sources at its disposal — wind, solar, geothermal, hydropower and biomass — in an optimal mix.

Wortmann had strong praise for government plans to invest more into research.

He predicted that bioenergy would play a key role in the country’s future energy mix, but only where it was sustainable and did not compete with food crops or supplies.

Biomass in Germany is currently growing at the fastest pace of all the renewables, and has, for the first time, overtaken hydropower as a source of electricity.

Biomass’s share is predicted to grow rapidly thanks to continuous innovations and new technologies.

One example is a biogas electricity plant developed by Dr. Michael Stelter of the Fraunhofer Institute for Ceramic Technologies and Systems in Dresden that uses only compost and waste. The plant not only produces 30 percent more biogas, but it also does it in about a third of the time of conventional plants using food crops. And thanks to a new procedure for breaking down cellulous molecules in compost and waste using enzymes, the period needed for fermentation has been reduced from around 80 days to 30 days. (See lead image of the plant, above.)

A pilot plant with a generating capacity of 1.5 kilowatts of electricity will debut at the Hannover Fair this April, but the researchers plan to develop a 2-MW biogas plant.

With new research institutes and projects constantly being launched across Germany, many more breakthroughs can be expected, helping Germany to become the world’s first green energy economy.

Jane Burgermeister is a RenewableEnergyWorld.com European Correspondent based in Austria.