It’s necessary to make this statement short and succinct because, if anyone has missed it, there’s a presidential election campaign in full swing here in the USA. And with it is a full-on, no-holds-barred propaganda war against renewables.

Weekly — if not more often — a new broadside appears and makes the rounds of generally right-wing blogs and talk shows. The latest talking point is that Germany is burning more coal than ever because of all the intermittent renewables that have been added to the system.

So, let’s have some fun with numbers and separate fact from fiction.

First, the source. All the data I’ll use comes from the Work Group on the German Energy Balance (Arbeitsgemeinschaft Energiebilanzen) and can be downloaded from their web site.

There are others sources of this data. This happens to be one that I could find easily, the data was relatively concise, and it was in spreadsheet form.

Ideally, I would put all the information on one chart, but this much to busy to easily read and comprehend. Consequently, I’ve broken the data down into a series of charts. 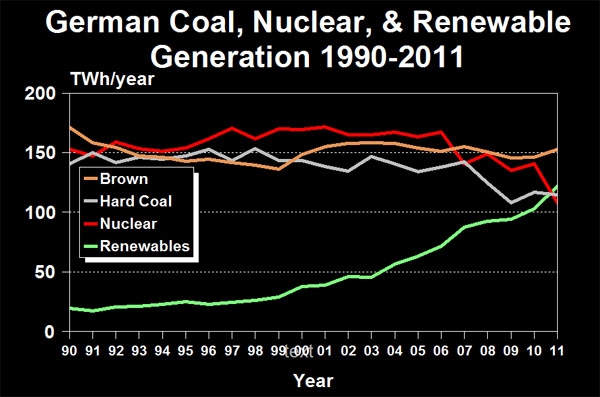 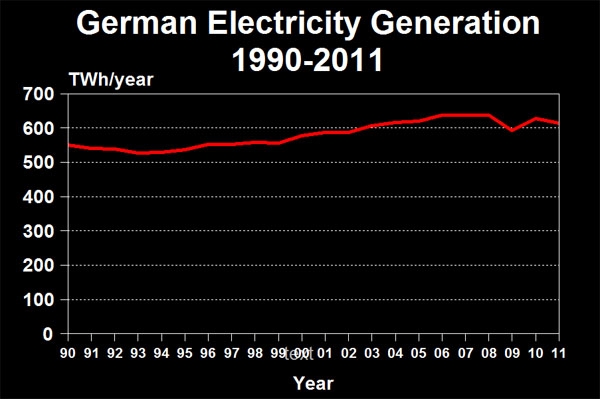 That’s not a positive, just a fact. Germany will have to do better at cutting consumption for the energy revolution to be successful. Fortunately, German politicians realize this. Whether they take the actions necessary to reduce consumption is part of the current debate in Germany.

Thus “consumption” is less than “generation” in Germany for 2011 and for many other years as well.

Net exports declined in 2011 but they still remained a positive 6 TWh or 1% of generation. Net exports have remained positive during the first six months of 2012 as well. 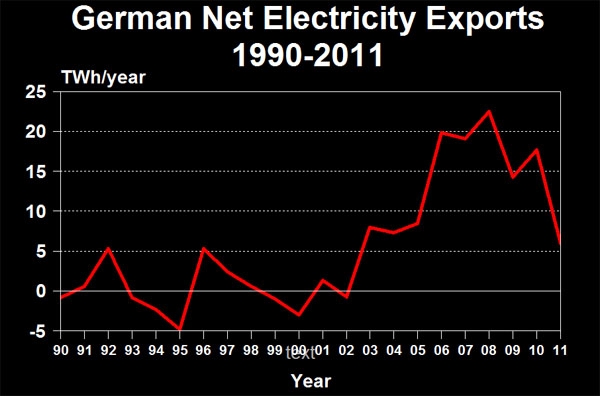 Hard coal generation has fallen even more, slightly less than 20%, from 140 TWh to 115 TWh last year. 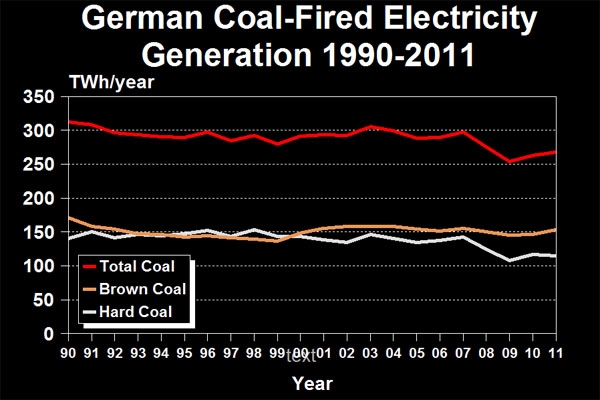 Results for the first half of 2012 indicate that coal-fired generation may have increased slightly (~8%) above last year’s generation, according to the Fraunhofer Institute.

If confirmed for the full year, this would return coal-fired generation to the level just prior to the worldwide financial collapse in 2007. However, this data is only for the first six months of the year and may not be indicative for the full year. Europe suffered through one of the coldest February’s on record this year and this may have cause a temporary bump in coal-fired generation. See Renewables Helped France Avoid Freezing in the Dark.

Moreover, the source for this data is not the same source as I’ve used. Those who work with statistics on electricity generation and consumption know that it’s no simple matter working with data from different sources. We probably won’t know until late next year how much coal-fired generation was actually produced in Germany this year.

It has now been more than a year since Germany announced (again) that it was phasing out nuclear power (30 May 2011) and immediately closed eight reactors permanently.

However, it is not widely known that German nuclear generation was already in decline. At the time of the conservative government’s announcement in 2011, two reactors had already been off line for several years. 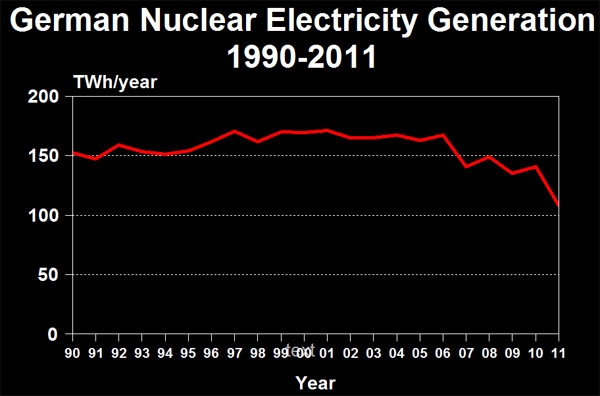 Total renewable generation during the past two decades has risen dramatically–in real terms. Of course that is the message that the steady drumbeat of anti-renewables stories are trying to drown out.

Total renewable generation increased from 20 TWh in 1990 to 120 TWh in 2011 with most of that growth taking place since the introduction of Germany’s Renewable Energy Sources Act (Erneuerbare-Energien-Gesetz, or the EEG) in 2000. 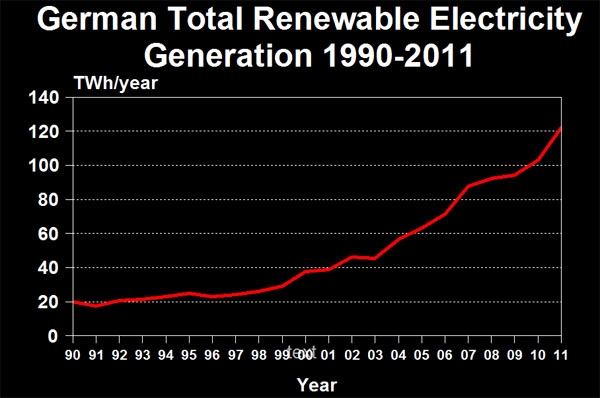 Existing hydro accounted for nearly 4% of supply in 1990 and by the end of 2011 total renewable generation had increased five times to nearly 20% of generation. 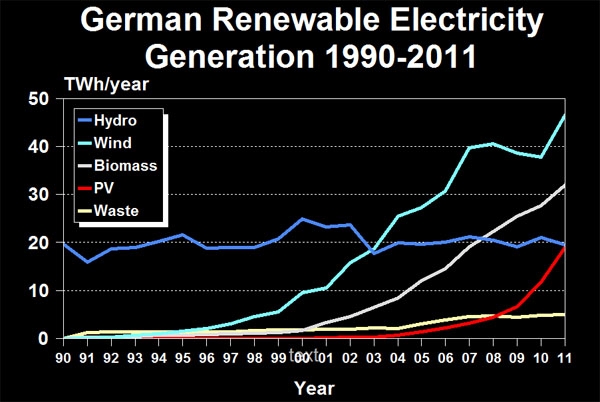