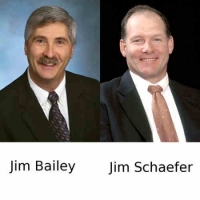 With greater emphasis on sustainable buildings, owners and developers increasingly are looking to geothermal systems to save energy and protect the environment. Open-loop and standing-column geothermal well systems, for instance, are a proven, efficient and reliable renewable cooling and heating method that can be used in a wide array of different applications, particularly in areas like New York City that are actively looking to expand the use of “green” technologies.

Yet, if a geothermal well’s system is not developed and maintained correctly, the entire system will operate inefficiently or not at all. Too often, geothermal well owners and operators dedicate significant time and money to the design of a system, materials, drilling and other activities associated with well construction, and leave little for actual well development and maintenance.

Recently, operators of geothermal systems have begun looking at impulse generation well development and rehabilitation techniques as an alternative to conventional methods. These techniques, such as the U.S. and European patented Hydropuls system, involve releasing a compressed gas into discrete sections of the well screen in quick, short bursts, causing subsurface soils to vibrate, break apart cohesive bonds between particles and loosen sediment and biological deposits on the well screen and surrounding formation.

In New York City, in particular, the process has proved more effective and affordable in treating a variety of well types (open-loop geothermal and remediation wells) than conventional development methods.

Geothermal wells draw on the thermal properties of groundwater to provide heating and cooling to a structure. In the summer time, this water is circulated through the building’s mechanical equipment to cool the building. The heated water is then returned to the ground and is dissipated into the surrounding bedrock. In the winter, the reverse process is done where the thermal potential of ground water is used to provide for heating of the building.

For instance, the Brooklyn Children’s Museum in New York City underwent a recent expansion and renovation that doubled the museum’s space and incorporated several sustainable operating systems. In particular, the state-of-the-art LEED-certified facility is the first museum in New York City to use an open-loop geothermal system for heating and cooling instead of fossil fuels.

The Brooklyn Children’s Museum’s geothermal system consists of two 300-foot-deep ground water supply wells and two diffusion (injection) wells. The wells were drilled using mud rotary methods, and initial development of the wells was completed using mechanical methods of surging and water jetting. However, as operators prepared to initiate use of the wells, a system test indicated the wells produced limited flow and demonstrated excessive back pressure — a clear sign of a pumping and injection well blockage.

The New York City Department of Design and Construction (NYCDDC) called in well engineering experts to assess the wells’ condition. Project hydrogeologists evaluated the system design, aquifer characteristics and well construction. The evaluation included using down-hole video and geophysical logging and preparation of a redevelopment program. Project hydrogeologists determined that the wells were not sufficiently developed after construction, which resulted in partial plugging of the supply wells and complete blockage of the diffusion wells with drilling fluids and fine-grained material.

In a situation such as this, owners typically look to mechanical agitation, hydraulic jetting or chemical treatments, costly and/or ineffective methods in resolving the core issue of mechanical plugging that occurs as a result of the well construction methodology and/or incomplete development.

In order to break up the plugging that prevented water from being pumped or injected back into the aquifer, the engineering team chose impulse generation technology combined with isolation pumping. Impulse generation techniques are fairly straightforward. An impulse generator, equipped with a pressurized hose and valve system, is positioned in the well screen or water producing zone. Once in place, the operator releases impulses of high-pressure nitrogen in controlled repetitive bursts. Through the release of compressed nitrogen, the impulse generator produces an elastic impulse and a secondary expansion of gas bubbles, causing a pressure wave that moves laterally through the screen into the well’s gravel pack and adjacent formation.

At the Brooklyn Children’s Museum, the redevelopment work removed significant volumes of residual drilling mud and fine-grained sediment from the well screen intervals. After using Hydropuls technology well capacity increased 241% in one well and 908% in the second. The geothermal system was returned to service in time for the facility’s grand opening and continues to operate at optimal capacity.

The Brooklyn Children’s Museum illustrates the potential advantages of impulse generation for initial geothermal well development.  The same technology can also be used for routine maintenance in order to regain lost capacity. These projects also highlight the importance of initial well development in ensuring that the geothermal system will operate at maximum efficiency. Using impulse generation, such as Hydropuls, will reduce the time required to develop an efficient well, thus saving significant costs.

The bottom line — proper development of geothermal system wells will result in lower energy costs and longer well life. Well rehabilitation is inevitable; the cost and frequency is dependent on how effectively the wells are maintained and the choice of well maintenance techniques