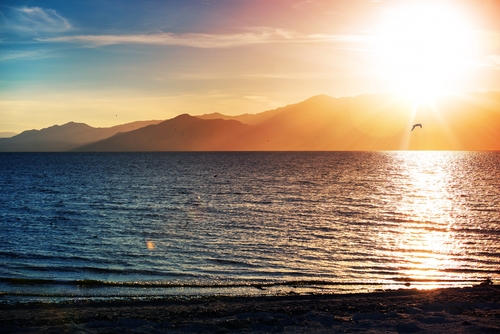 “The Salton Sea has a long and storied history in California and with these key restoration projects, the state is helping protect air quality, while maintaining a viable water supply in the region,” Brown said.

The Salton Sea Authority and Natural Resources Agency are now required to study restoration projects. A.B. 1095 requires, “on or before March 31, 2016, the Natural Resources Agency to submit to the Legislature a list of shovel-ready, as defined, Salton Sea restoration projects, including information regarding project costs and project completion timelines” (PDF). “Shovel-ready” is defined as projects in either the final planning, environmental review or permitting phase.

State Sen. Ben Hueso had provided Commissioner of the California Energy Commission David Hochschild with a tour of the Salton Sea earlier in the month. “I wasn’t aware that the geothermal here on the Salton Sea is actually the best in the whole state,” Hochschild told press (ivpressonline.com). “I knew it was good, but didn’t know it was that good and there is still a lot more potential to exploit that resource and produce energy from so it was good to get to see that up close.” As part of the tour, the Commissioner visited the Hudson Ranch geothermal plant operated by GEA members Energy Source.

This blog was originally published in the GEA’s GeoEnergyWire and was republished with permission.