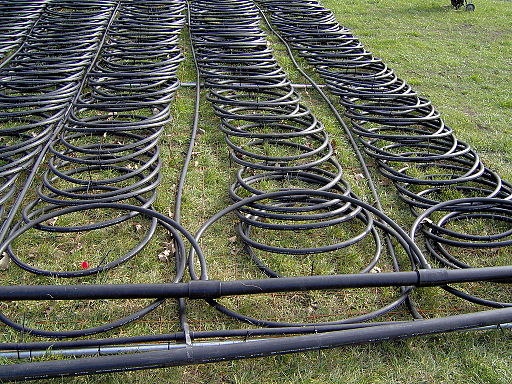 More than 1,000 New York jobs are at risk in the clean energy sector, and a solution overwhelmingly supported by the State Legislature is at hand. Gov. Andrew M. Cuomo’s signature is all that’s needed to avert this disaster.

Geothermal heating and cooling has been a growing industry in our state. It offers us a key to beat back climate change. Geothermal heat pumps (GHPs) cleanly and efficiently heat and cool our homes and offices without fossil fuels, using the constant temperature underground as a heat source in winter and a heat sink in summer.

In Western New York, Natale Builders has been a GHP leader, building entire subdivisions that are heated and cooled geothermally. Other local examples include the Lockport Housing Authority, Horsefeathers on Connecticut Street and the new Siano building at Grant and Potomac.

So why are jobs at risk? In December, the 30 percent federal tax credit supporting both solar and geothermal projects was renewed through 2022 for solar, but not geothermal. Rep. Tom Reed, R-Corning, is sponsoring HR-5167 to correct that error, but despite bipartisan support, including co-sponsorship from Rep. Brian Higgins, D-Buffalo, and three other New York representatives, the success of this bill is in doubt, given congressional gridlock.

The result? Natale Builders has stopped using GHPs as the default system for its new homes. Other projects are falling off rapidly and layoffs have begun. The livelihoods of more than 1,000 New Yorkers are at risk.

In June, the State Legislature stepped into this void and passed a 25 percent tax credit, capped at $5,000, for residential GHP installations. The bill was sponsored by Assemblyman Sean Ryan, D-Buffalo, and Sen. Robert Ortt, R-North Tonawanda. The combined vote in both houses was 201 to 1. In recent years, Republican governors in Iowa and South Carolina have signed similar legislation.

Cuomo has taken significant steps to create and protect energy jobs in New York. The state is spending $750 million for the SolarCity plant, with the promise of 5,000 jobs across the state. That is a crucial investment, because we need to replace fossil fuels in our electricity mix.

Although more controversial, the recent nuclear bailout protects a reported 2,350 jobs at a cost of $7.6 billion.

My organization, NY-GEO, estimates the tax credit will protect 1,000 jobs at a yearly cost of $3 million, which will be offset by payroll taxes and the spinoff taxes generated by geo installations as excavators are hired, parts are bought and projects are completed.

NY-GEO urges all who care about the climate to contact the governor and ask him to sign bill A9925, the geothermal tax credit.

This article was originally published by The Buffalo News and was republished with permission.