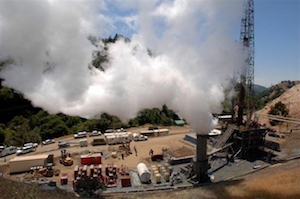 The GDF was launched by the German government’s KfW Development Bank together with the European Union and other partners. A total of $53 million in funding has been made available over 10 years. The fund is the first geothermal risk mitigation facility for Latin America, and covers Bolivia, Chile, Colombia, Costa Rica, Ecuador, El Salvador, Guatemala, Honduras, Nicaragua, and Peru.

According to the GDF website, activities eligible for funding include: