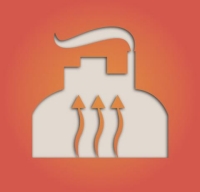 The geothermal heat pump (GHP) industry prides itself on offering an efficient, environmentally friendly technology for satisfying the thermal loads of buildings. To do so, a GHP system relies on circulating water through pipes placed underground (either vertically or horizontally) to tap the natural heat retained by the earth.

GHP technologies offer significant environmental benefits. Buildings consume more energy than any other sector of the economy. Over 17% of U.S. Primary Energy Consumption serves the thermal loads of buildings for heating, cooling and hot water production. By drastically reducing these loads with renewable energy from the earth, GHPs mitigate the need for new power plants, lessen the strain on the transmission grid, reduce carbon emissions and improve indoor air quality. And GHPs save money, too.

Many government agencies, including the U.S. Department of Energy and the U.S. Environmental Protection Agency, recognize and even promote the economic, efficiency and environmental benefits of GHPs. And that recognition is mirrored by state energy and efficiency standards across the country.

Yet even as GHPs gain increasing recognition as an energy- and cost-saving heating and air conditioning alternative, highly variable state and local policies governing water wells is posing a significant barrier to their more widespread adoption. It’s a growing problem that is getting bigger.

But in some states and localities, policy makers have patched regulations governing geothermal boreholes into existing policies for water wells. In doing so, regulators fail to recognize that even though geothermal boreholes are drilled into the earth, their final installation is not at all like a water well.

According to a National Ground Water Association industry survey in 2009, some 80 percent of the states regulate boreholes drilled for vertical, closed loop geothermal heat exchangers under their water well codes.

When this happens, the resulting rules create an unnecessary barrier to GHP deployment. Closed-loop geothermal boreholes may be subjected to unrealistic setbacks from water lines, sewers and septic systems. Especially in urban areas, overly restrictive setbacks of 50 feet or more kill GHP sales and installations by eliminating the possibility of installing closed loop geothermal heat exchangers on residential and even commercial lots.

Too many policy makers have redefined vertical closed-loop heat exchangers linked to  residential, commercial and institutional GHP systems as “wells.” This forces them to make geothermal boreholes “fit” into existing regulations governing water wells and safe drinking water. It’s the proverbial problem of a square peg in a round hole.

The goals of water well regulations are well-intentioned. They are meant to ensure sanitary drinking water for human health and to protect the environment (groundwater) from potential contamination — not to kill energy efficient technologies. But in the process, policy makers sometimes fail to grasp the essential differences between water wells and vertical boreholes for closed loop geothermal heat exchangers.

The word “well” comes from the Anglo Saxon “wellan” meaning to bubble, to well up. Webster’s New World Dictionary defines a well as “a flow of water from the earth;” “a deep hole or shaft sunk into the earth to tap an underground supply of water….”

GHP drillers and loop installers pay close attention to potential pollution sources and to subsurface geologic and hydrologic conditions before siting boreholes. In all cases, underground water formations are sealed off to prevent cross-contamination with water bearing zones.

Boreholes for closed loop heat exchangers require grout to fill the space between the heat exchanger pipe and walls of the hole. The most common grout is bentonite clay mixed with sand and potable water to prevent contamination. When drilling and placement of the heat exchanger system are completed, the grout is pumped into the borehole through a temporary “tremie” pipe, filling it from the bottom to the surface.

Unlike water wells, no portion of a closed loop geothermal borehole is constructed or finished with a residual open space. The entire borehole column is completely filled with a flexible, nearly impermeable grout that permanently seals the hole and heat exchanger from the groundwater environment. An added bonus is that the grout provides highly efficient thermal conductivity between the loop pipe and the surrounding earth.

Bentonite is impervious and retains many times its weight in moisture. In all but the most extreme conditions, it rarely dries out in the borehole. Thus the grout provides a self-sealing, low permeability barrier to groundwater intrusion. The grout fills in any cracks in the earth surrounding the borehole, essentially sealing it from intrusions of groundwater and not allowing pathways to groundwater along the length of the heat exchanger pipe.

The upshot is that a vertical geothermal heat exchanger comprised of a borehole, closed-circuit high-density polyethylene pipe, and a self-sealing, low permeability grout is not a well.  Indeed, vertical geothermal boreholes have few similarities to water wells, except that they are drilled into the ground.

The GHP industry prides itself on its economics and efficiency in heating and cooling and its environmental benefits of electricity, fuel and pollution savings. The last thing we want is the reputation of GHP closed loop installations sullied by unwarranted claims of potential groundwater contamination.

Broadly accepted Best Industry Practices for understanding site geology, grouting mixtures, and realistic setbacks from water and sewage facilities have evolved over the past 40 years. Properly grouted vertical geothermal heat exchangers appropriately distanced from water supplies as well as potential contamination sources are a mainstay of the GHP industry.

We have no problem with being fairly regulated. In fact, we welcome meaningful regulations because they set a standard to ensure that all drillers and installers of vertical geothermal heat exchangers are doing their jobs properly.

The Geothermal Exchange Organization (GEO) supports universal standards that the industry and various levels of government everywhere can agree upon. Such standards would foster sensible regulations regarding vertical boreholes for geothermal heat exchangers instead of the current patchwork of state and local rules that are often at odds with reality.

We hope that when our work is finished, it will provide a realistic, universal standard that is acceptable to state and local governments — one that they can incorporate into their water protection codes, regulations and ordinances. Among other things, the standard will cover siting and installation of vertical geothermal heat exchangers. It will apply to new and retrofit installations in industrial, commercial, institutional and residential applications.

The adoption of a universal North American Standard coupled with sensible public policies for installation of vertical geothermal heat exchangers will be a market driver, not a market barrier.  Not only will it provide a uniform and predictable code or geothermal borehole regulation across the country, it will raise the bar for loop field installers, who would be trained and certified to the standard.

And that is a win for everybody — from policy makers and geothermal installers, to more home and business owners who will enjoy the economy and comfort of GHPs.