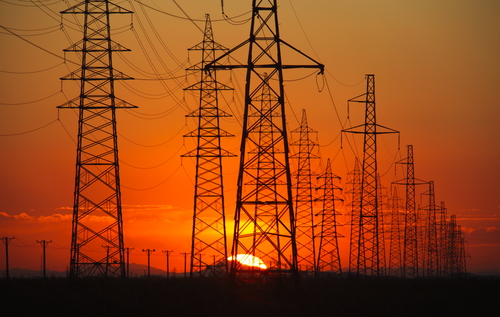 Background from the California Energy Commission

California is currently on a solid trajectory to meet the state’s 33 percent renewable energy mandate by 2020 and to reduce greenhouse gas (GHG) emissions to 1990 levels by 2020. In April of 2015, Governor Edmund G. Brown Jr. issued Executive Order B-30-15 establishing a new statewide intermediate target to reduce greenhouse gas emissions 40 percent below 1990 levels by 2030, in order to guide policy and maintain momentum to reduce GHG emissions to 80 percent below 1990 levels by 2050. “With this order, California sets a very high bar for itself and other states and nations, but it’s one that must be reached — for this generation and generations to come,” said Governor Brown.

An important part of meeting California’s greenhouse gas reduction goals is moving toward a largely carbon-free electricity system, through energy efficiency, renewable electricity, and increased coordination of supply and demand across the electric grid. To meet these goals, the Clean Energy and Pollution Reduction Act of 2015 (Chapter 547, Statutes of 2015) was signed into law on October 7, 2015, which establishes targets to increase retail sales of qualified renewable electricity to at least 50 percent by 2030 and double the energy efficiency savings in electricity and natural gas end uses by 2030. Implementing this new mandate with other supply and demand-side program options will require new investments in the state’s electric transmission system. This effort will require planning and coordination across the state and the West.

To facilitate electric transmission coordination and planning, the California Energy Commission, California Public Utilities Commission, and the California Independent System Operator have initiated the Renewable Energy Transmission Initiative 2.0, also known as RETI 2.0. RETI 2.0 is an open, transparent, and science-based process that will explore the abundant renewable generation resources in California and throughout the West, consider critical land use and environmental constraints, and identify potential transmission opportunities that could access and integrate renewable energy with the most environmental, economic, and community benefits.

On March 16, the California Energy Commission held a workshop asking specific questions to be addressed as input to the RETI process. The workshop information is available here.

1. What renewable energy zones in California and across the West may be of most interest to California utilities and developers by the 2030 timeframe?

An area of high priority and interest to the geothermal industry is the undeveloped Salton Sea Known Geothermal Resource Area in Imperial Valley (SSKGRA). This resource is one of the largest geothermal fields in the world capable of producing an additional 1,700 to 2,300 MW of geothermal power by 2030. This power could be used in state, or exported to surrounding states. Building out resources like the SSKGRA keeps the economic and tax benefits of developing renewable energy technology in state.

Additional areas of interest include new capacity additions that could be brought on at The Geysers, several small projects in Northern California, and undeveloped resources that exist in Mono County.

2. Costs: What is the latest data regarding the costs of various renewable technologies in different resources zones? Has new technology or more efficient practices changed costs dramatically? What costs may foreseeably change significantly?

While the occasional outlier project may cost more than this range to bring online, geothermal developers are unlikely to start a project with the assertion that it will cost more than this range. The lower ends of these ranges are for expanding existing facilities or adding bottoming cycle binary units. The middle of these ranges are more common for new facilities. These figures are extrapolated using Department of the Treasury’s 1603 Cash Grant Data.

Some guidelines on using these numbers:

i. Expansions to existing facilities will be on the lower end of this range. This includes expansions to a facility and its associated drilled area to increase the level of power the plant produces. Many new plants to come online in the US fall in this category or bullet “ii” below.

ii. Typically new plants on existing fields will be in the middle of this range. These are projects where development of the geothermal reservoir occurred previously or has supported plant operation in the past.

iii. New Greenfield plants are normally the most expensive, although costs are very sitespecific and depend on the criteria laid out in bullet “iv” below.

iv. Because of economies of scale, plant efficiencies, resource enthalpy, and reservoir depth, smaller lower temperature geothermal power projects are usually the most expensive, and large high temperature projects are often the least expensive per kW of generating capacity. When using any capital cost number, it is important to look at the assumptions that went into calculating that cost number. Often two geothermal cost numbers are not comparable between projects because of the unique assumptions that determined resource or plant costs

Specifically, adding geothermal resources to the electricity grid, reduces overall grid costs, reduces the overall amount of curtailments, increases resource diversity, and has shown to be a critical technology that reduces overall electricity rates in a post 33 percent RPS world. Some up to date analysis comes straight from the latest Energy Division Staff Paper on Draft 2016 Portfolios for Generation and Transmission Planning. The California Public Unities Commission (CPUC) found that “Forcing in high-quality geothermal resources (Geothermal 2 portfolio) decreases the total generic resources needed by 2026 due to the high capacity factor of geothermal plants relative to solar PV and wind plants. Forcing in geothermal resources also decreases the PV ratio and decreases curtailment, but increases the transmission infrastructure needed for full deliverability.”

The CPUC continues to discuss how these impacts are dependent on the cost assumptions used for these portfolios. After carefully reviewing the RPS calculator, GEA has determined many of the cost inputs that impact the outcome of these scenarios are entirely incorrect and substantially more expensive than a realistic project. GEA is looking forward to working with the CPUC in the very near future to adjust these assumptions in order to capture the true beneficial contribution of geothermal to the electrical grid.

A study from Department of Energy that reverse-engineered the Levelized Cost Of Energy (LCOE) from public Power Purchase Agreement (PPA), and estimated LCOE’s for geothermal projects built in the last decade ranged from roughly $40 to $80/MWh. The capital cost assumed by the CPUC in the forecasted scenarios discussed above are around ~5000/kW which generates an LCOE of around $92/kW at their lowest cost in the RPS calculator. This LCOE is higher than any contracted PPA in California in a decade, which range from $17/MWh for legacy facilities to $90/MWh for new facilities. In conclusion, the actual LCOE of geothermal projects is substantially less than the CPUC’s current modeling depicts, indicating that the sensitivities where geothermal projects increase costs (Geothermal Sensitivity 2) for the ratepayer, and substantially raise revenue requirements cannot be true in reality. California’s own modeling shows geothermal has substantial value to the grid when resources are procured at a very high LCOE of $92/MWh or less.

4. Utility interest: How do utility resource planners plan to supply electricity in 2030 that is at least 50 percent renewable, at least 40 percent lower in GHG, while also safe, reliable, and as low cost as possible? What types of renewable resources do they expect will be needed by their company to meet their mandates?

GEA sees few possible scenarios where increasing the amount of fossil fuel resources to backstop additionally intermittent resources could realize carbon reduction goals. A recent study by Center for Energy Efficiency and Renewable Technologies stated, “California can achieve a 50 percent reduction in CO2 levels by 2030 in the electric sector under a wide variety of scenarios and assumptions. Conventional grid flexibility assumptions and the less diverse portfolio (High Solar) led to 14 percent more carbon emissions than the more diverse Target portfolio with enhanced flexibility.” In order to maintain a safe, reliable, and low cost grid mostly composed of renewable energy resources, a diverse portfolio will necessary.

5. Commercial interest: Where do commercial renewable interests see the greatest opportunity for responsible development? Where are they most interested in offering projects?

A December 2015 survey of geothermal developers identified [38] projects by county in California and Nevada that could provide additional renewable generation to California to help it meet its 2030 target of 50 percent renewable consumption and GHG goals. [Click here for a full list of projects.] Note, early stages projects lack specific resource estimates below. However, these are still projects that could be realistically built by 2030. The typical project built today is in 25-50 MW increments. If these resources are determined to be suitable for power generation, it’s safe to assume they would be brought online in similar increments.

For citations and supplementary figures, view PDF at link below:
http://docketpublic.energy.ca.gov/PublicDocuments/15-RETI-02/TN210884_20160329T101535_Benjmain_Matek_Comments_GEA_RE_RETI_20_Plenary_Group_Meeting_On.pdf

This article was originally published in the Geothermal Energy Association’s GeoEnergyWire Blog and was republished with permission.