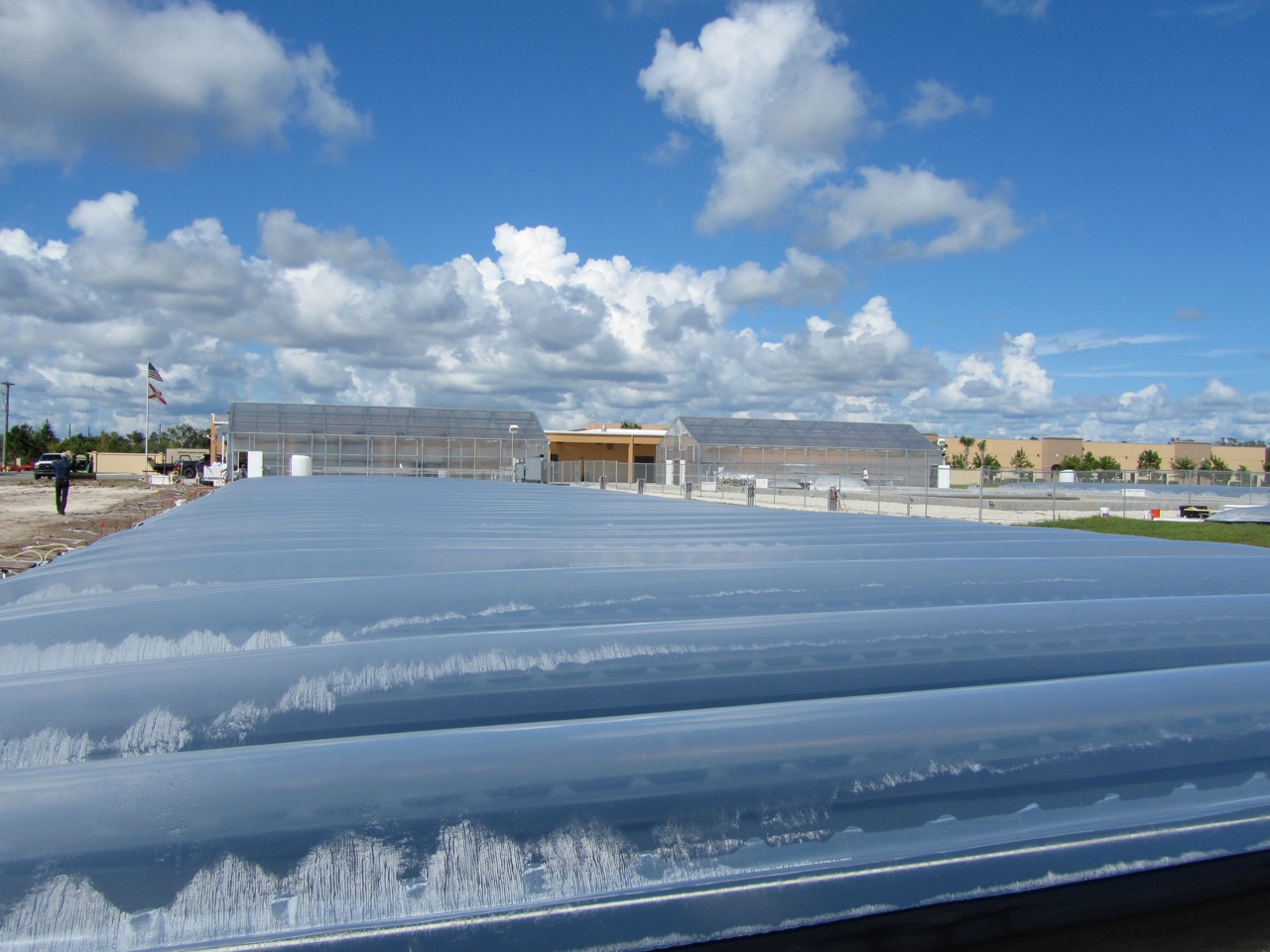 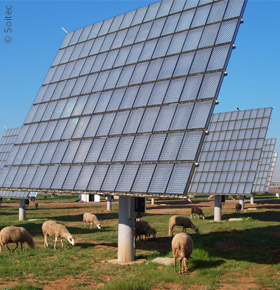 The amazing success of the Tesla model S proves that electric cars may have a chance of replacing liquid fueled vehicles in the long run. Skeptics point out that most of our electric power today comes from coal, which is dirty and inefficient. We must change to clean, renewable energy sources but is that really practical? The Tesla has proven that we can use photovoltaic solar power to recharge pure electric cars. Let’s calculate how much land is needed to renewably fuel a car using several possible electrical and biofuel approaches.

I recently purchased a Chevy Volt plug-in hybrid car. It is the perfect laboratory for this experiment because it can run on pure electricity or as a gasoline hybrid. In the electric mode it can go 38 miles on a 10.8 kilowatt-hour recharge. That’s 3.5 miles per kilowatt hour. Allowing for power transmission and charging losses, let’s use 3 mi/kWh. I will compare the land use efficiency of several real approaches to renewable power using both liquid fuel and electricity. We will calculate the number of miles per year that can be driven using an acre of land to produce the power. We can then compare the miles/year/acre numbers for some real-world renewable energy approaches.

Let’s start with the most efficient first, TenK has a solar system that uses reflectors to fill the spaces between tilted solar panels to raise efficiency on flat roofs or level ground. It can produce 897,336 kWh/acre in Phoenix. Since we can drive three miles on a kilowatt-hour, that means an acre can power an electric car 2,692,008 miles per year!

Next most efficient is a concentrating photovoltaic (CPV) plant in Colorado. Amonix’s 180 acre Alamosa Solar plant will generate an estimated 76,000,000 kilowatt-hours of electricity per year. Dividing by 180 acres we get 422,000 KWh/yr/acre. Multiplying by 3 gives 1,266,000 miles per year per acre. Fixed panels like the TenK system can produce twice as much power because the large spaces needed between CPV trackers to avoid shadowing waste a lot of space.

CPV uses an array of magnifying glasses to concentrate the sunlight onto tiny photovoltaic chips. This only works well under clear sunny skies. In areas with many cloudy days, we must use fixed photovoltaic panels that can also capture diffuse light from cloudy skies. For example, the 100-acre Jacksonville solar plant in Florida generates 243,000 kilowatt-hours per year per acre. Multiplying by three, that’s enough to drive 729,000 miles/year/acre.

Wind power is another approach. The Horse Hollow Wind Energy Center in Texas generates 55,000 kWh/year/acre, enough to drive 165,000 miles/year/acre. Wind can be combined with solar on the same land and can produce almost twice as much at sea where winds blow steadily.

Liquid fuel can also power cars but the engine is typically about one third as efficient as electric drive. (My Chevy Volt is EPA rated at 37 mpg with 91 Octane gasoline which has 33.56 KWh/gal. 37/33.56 = 1.1 miles/KWh.) The best efficiency biofuel operation I know of is a pilot plant in Florida run by Algenol. They grow a genetically altered cyanobacteria (algae) that “sweats” ethanol in large, soft plastic tubes (see photo above). They claim to have produced 9,000 gallons/acre of ethanol in this pilot plant. Since ethanol has only 72 percent of the energy content of 91 octane gas, the Volt’s engine would probably get only about 26 mpg, which would be enough to drive 26×9,000 = 234,000 miles/year/acre.

Corn ethanol has been heavily subsidized so it is really available in great quantities but it makes very poor use of the land and a lot of water and fuel is used to grow it. It typically yields about 400 gallons per acre which translates to 10,200 miles/acre/year.

To summarize, here are the results, arranged in order of land use efficiency, with an additional column showing the acres needed to support one car based on 13,476 average miles driven per year according to the FHA:

Though solar electric is the clear winner based on land use, biofuels are still in the race, particularly if commercial scale designer algae becomes a reality. Biofuels have a gigantic advantage in remote areas because no power lines are needed. The liquid fuel can simply be picked up and delivered by trucks and ships. High-capacity power lines are very expensive to build and are seldom found in remote, tropical areas where land is cheap.

The existing sources of biofuels from soy and corn are an embarrassing result of political influence and heavy subsidies. We must stop letting politicians make technical choices!

Palm oil is a productive source of biofuel. Malaysia has 12 million acres in cultivation but many of the new sources are developed by burning peat and clearing jungle habitat. This is a boom for Indonesia and Malaysia but countries who burn coal and have already cleared their wilderness are hypocritically protesting. Oil palms are not the problem. They are guilty only of being very productive. Peat is the precursor to coal. Perhaps it can be sold as fuel as it is in Ireland. In the long run palm oil could be an almost carbon neutral source of energy that is far better than petroleum or coal. But more productive crops such as Algenol’s algae could greatly improve the efficiency of land use.

The yields for algae can potentially be even higher than shown on the table. Another algae startup promising even higher output is Joule Unlimited. They have predicted ethanol production of 25,000 gallons/year/acre and also direct production of biodiesel using another algae strain. Algae has been difficult to tame, but it has great promise for remote, sunny areas where land is cheap. Salt water or polluted water can be used and fresh water is distilled out in the process. Most growing plants waste large amounts of energy building supporting structures but algae can just float in water.

Electric cars are now my favored bet in the horserace between electric and fuel power. History has shown that progress in electronics generally outruns everything else. Solar photovoltaic power is progressing at its usual breathtaking pace. Soitec is already working on a next generation CPV design that will use four-layer cells with four different semiconductor materials stacked to capture a very wide bandwidth of light. The efficiency of this chip is an amazing 43.6 percent, which should make it possible to increase the numbers on the table above even further.

It will be an exciting race and I’m ready for whatever happens. When my Volt switches over to fuel mode, it still drives the same but the feeling I get is much nicer as I drive past the gas stations in electric mode.