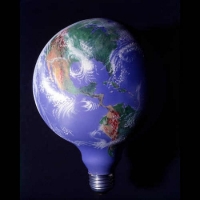 Copenhagen, Denmark [RenewableEnergyWorld.com] In the midst of a turbulent week of demonstrations outside the Climate summit in Copenhagen, in which the police released teargas and arrested hundreds of people, the U.S. announced new initiatives and legislation that will give renewable energy a significant boost at home and in developing countries.

Last week, representatives from developing countries walked out of negotiations, but returned this week after the U.S., European Union and other country representatives came up with a plan to accelerate the development of renewable energy in poor countries, particularly in India and in the Americas.

Climate REDI addresses a key issue at the Climate Change Conference: the need for rich nations to finance the sustainable development of poorer nations. The U.S. will contribute at least $85 million according to Chu, with $30 million coming from Australia, $5 million from Italy, and the remainder from other partner countries including the United Kingdom, Netherlands, Norway, and Switzerland.

“Climate REDI will save greenhouse gas emissions, save folks money, and fight poverty,” said David Sandalow, U.S. Department of Energy Assistant Secretary for Policy and International Affairs. “It’s a quick start initiative that complements the technologies and financial mechanism of the climate treaty that we are negotiating here this week.”

“Indian countries helped pioneer pharmaceuticals widely used in Africa, so there is no reason why India, with the help of the United States, can’t emerge as a world leader in low-cost renewable technologies within the next five years,” said Ramesh.

Renewable energy in the U.S. will benefit from a new partnership between the U.S. Department of Agriculture and the American Dairy Industry, which announced on Tuesday it will reduce greenhouse gas emissions by 25% by 2020 using a variety of technologies, including solar and wind energy technologies. The partnership will also provide an additional source of income for the dairy industry, which is in trouble due to the recession.

Legislation passed by the House of Representatives and under consideration in the Senate will create a market for carbon offsets that can be sold by America’s farmers, ranchers and landowners to businesses that are large carbon emitters. Farmers and ranchers will be able to install solar and wind energy systems on their farms to help offset greenhouse gas emissions. Some farmers and ranchers use solar power now to convert methane to power. The USDA will support the dairy industry’s goal through program modifications, added program enhancements that fund electricity generation with renewable energy dollars, and better marketing of anaerobic digesters to dairy farmers.

A third party will verify emission reductions and will be enforced by the USDA. The move is also designed to let industry and the USDA set policy for the farmers and ranchers rather than having the industry regulated by the EPA.

Solar Energy Industries Association (SEIA) President Rhone Resch challenged the American dairy industry “to look at the roof space sitting in the sun” on their farms and to not just think about wind turbines in the field. Rhone also asked the U.S. Secretary of Agriculture Tom Vilsack if the USDA was doing anything to streamline REEF (Renewable Energy and Energy Efficiency Fund), a government program that helps farmers and ranchers to design and plan for renewable energy. Vilsack said the USDA is focused on larger bioenergy programs now, but is planning to address the issue later.

SEIA, along with the European Photovoltaic Industry Association and the Alliance for Rural Electrification, presented new national targets, figures, and analyses on the role of solar energy technologies in combating climate change in a new report called Seizing the Solar Solution, which predicts the combined production of the European and U.S. solar industry alone could reduce carbon dioxide emissions by nearly 1 billion metric tons by 2020.

Finally, on Wednesday, Senator John Kerry, the lead author on U.S. climate legislation, announced that despite the challenges the negotiators still face, in June, the U.S. will pass climate change legislation that reduces emissions by 83% by mid-century (2050) using renewable energy and other clean energy technologies.

“The makings of the deal are there. All countries have stepped up to make commitments to reduce emissions. I believe by June we will have a full-fledged international treaty.”

In response to skeptics who say this legislation will not make it through what some conference participants are calling the senate legislative “meat grinder,” Kerry said they are now getting bi-partisan support from senators like Robert Byrd (D-WVA), a coal industry supporter, and Lindsay Graham (R-SC), a conservative Republican, who realize they need to be at the table in these global emission reduction discussions. Kerry was uncertain about how the final climate bill will look, but he stated it will include a variety of renewable energy sources like solar, wind, and concentrating solar power as well as natural gas, nuclear energy, and clean coal technologies.  Carbon pricing will be key to its success, he said.

“I know a significant number of businesses that believe the only way to do it is to price carbon.”

On Thursday, the BBC hosted a debate it’s calling the “Greatest Debate on Earth,” that challenged the world’s top leaders on their commitment and contributions to climate change. The debate will air after the conference on December 19-20.

The formal summit of more than 120 world leaders concludes Friday when President Obama arrives in Copenhagen.  UN members will try to agree on how best to slow rising temperatures set to cause heat waves, floods, desertification and rising ocean levels that threaten all nations.  Rich and poorer nations were split last week on who should bear the burden of emission curbs and raising billions of dollars in new funds to help the poor.  China’s emissions alone will increase by 40% by 2020, according to estimates by the U.S. government.

Lauren Poole is a journalist and science writer based in Colorado. She worked for 11 years at the National Renewable Energy Laboratory, where she wrote extensively about solar and wind energy technologies and policy issues.