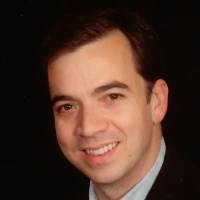 With millions of Americans expected to gas-up and head out for the July 4th weekend, producers of sugarcane ethanol want drivers to know that there is an alternative to continued increases in fuel prices. The “Are We There Yet?” campaign will introduce Americans to a lower-cost, higher efficiency fuel, ethanol derived from sugarcane and call on Congress to lift the tariff that artificially inflates the price of cane ethanol.

According to the American Automobile Association (AAA), 31.7 million Americans traveled 50 miles or more by car over Memorial Day weekend and similar traffic is expected during the Fourth of July holiday. With gas prices at a national average of more than $4 per gallon, the Brazilian Sugarcane Industry Association (UNICA) wants Americans to know there is something Congress can do to lower the cost of gas. Americans are being denied an opportunity to save money at the pump. Eliminating, or even reducing the tariff on cane ethanol could provide immediate relief, particularly in states like California and Florida where this form of fuel is already in use.

The tariff on imported ethanol was put in place in 1980 as a temporary measure designed to promote the market for domestically-produced ethanol. The tariff has been repeatedly extended, most recently in the 2008 Farm Bill, signed into law on June 14, 2008. U.S. Representative Mark Udall (D-C0-2) introduced legislation on June 19, 2008, to facilitate the importation of ethanol by lowering the ethanol tariff. As Representative Udall explained in a press release about the legislation, “This bill makes common sense adjustments that can help peoples’ pocket books in the short-term and diversify our energy portfolio in the long term.”

Senator Dianne Feinstein (D-CA) and Senator Judd Gregg (R-NH) previously introduced legislation on June 4th to reduce the tariff on imported ethanol. “The price of oil has hit US $130 per barrel and prices are going higher every day,” Senator Feinstein remarked in a statement accompanying introduction of the legislation. “This means that the need for inexpensive and cleaner-burning fuels continues to grow. And yet refiners are forced to pay a US 54-cent tariff on ethanol imported from Brazil and other foreign sources. This bill would essentially level the playing field — and ensure that U.S. refiners are able to purchase cheaper and climate-friendly ethanol, no matter where it comes from.”

Cane ethanol produces 9.3 units of renewable fuel for every unit of fossil energy utilized in its creation, while ethanol produced from other feedstock such as sugarbeets, cereals and corn, manages a 2-to-1 ratio. Recently, financial analysts have calculated the impact that removing the tariff would have on the price at the pump. According to Bill Koetzle, an analyst at the Institute for Energy Research, gasoline prices might be reduced if both the subsidy on domestic ethanol production and the import tariff were removed. That’s a savings that could add up — especially over a weekend of travel such as this Fourth of July.

Joel Velasco is Chief Representative in North America of Brazil’s Sugarcane Industry Association (UNICA). Previously, he was Managing Director of Stonebridge International, a strategic advisory firm based in Washington, DC. Prior to that, he served as Senior Advisor to the U.S. Ambassador to Brazil. From 1994 to 1997, Mr. Velasco served as a personal aide for Vice President Al Gore. A dual-national of Brazil and the United States and fluent in both languages, he worked a broad spectrum of issues ranging from trade to regional security. Educated both in Brazilian and American schools, Mr. Velasco received a masters degree at the Georgetown University School of Foreign Service, focusing his studies on the political-economy of the Southern Cone, and earlier earned a B.A. in Political Science from Hampden-Sydney College in Virginia.