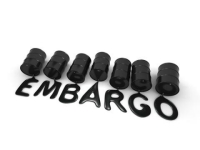 October 17 marks the 40th anniversary of the start of the 1973 Arab Oil Embargo — an event that arguably launched the United States’ ongoing pursuit of a national energy policy.

Forty years ago, the U.S. economy was dominated by fossil fuels (i.e., oil, coal, natural gas) which accounted for 93 percent of the nation’s energy consumption. Petroleum — more than 30 percent of which was imported — accounted for almost half of fossil fuel consumption with roughly half used in the transportation sector and 17 percent burned to generate electricity.

The 42 nuclear reactors operating in 1973 provided 4.5 percent of U.S. electrical generation and satisfied just over 1 percent of the nation’s total energy demand.

Four decades later, U.S. energy use in some areas appears to have changed only modestly. Fossil fuels, for example, still dominate and, in 2013, will account for roughly 82 percent of total energy consumption.

However, other energy technologies have experienced significant growth.

Perhaps most significantly, major gains in energy efficiency mean that the energy intensity of the American economy today — measured as energy use per unit of GDP — is less than half of what it was forty years ago.

Thus energy intensity, measured as energy used (thousand Btu)/real dollar of GDP (2009 chained dollar), dropped by more than half from 13.97 in 1973 to 6.15 in 2012 due to a combination of energy efficiency legislation, agency regulations, price signals, technological advances, and changes in consuming habits.

Had energy growth continued at the rates experience after World War II until 1973, energy use in the U.S. today would be at least 40 percent higher than it actually is making energy efficiency, in effect, the nation’s largest “energy resource.”

Yet, study-after-study suggests that the United States has still not picked all of the low-hanging fruit, much less implemented the more complex structural changes that could secure far greater gains in energy efficiency. Some analysts argue that energy intensity of the U.S. economy could be further reduced in the near term by 30 percent or more using cost-effective, currently-available technologies.

For example, after more than two decades of politically-based stagnation, gains are now finally being realized in auto fuel efficiency that could ultimately lead to a doubling of mpg, especially as hybrid, all-electric, fuel-cell and other alternative vehicles expand their market share.

A complete shift in the lighting market to compact fluorescents and LEDs could theoretically cut energy use in that sector by 75 percent or more. New buildings can be economically constructed that use 30 percent less energy (some would argue 50 percent or more) while existing buildings can often be upgraded to achieve gains almost as large.

Far greater use of cogeneration and waste heat recovery as well as smart grid and new transmission line technologies could greatly reduce energy losses in electrical generation, which typically wastes nearly two-thirds of the fuel consumed.

Renewable Energy: In 1973, renewable energy sources (i.e., biofuels, biomass, geothermal, hydropower, solar, wind) accounted for 6.9 percent of domestic energy production comprised of hydropower (65 percent) and biomass (35 percent) with a trace contribution from geothermal. There was essentially no contribution from biofuels, solar, or wind. In the electricity sector, hydropower accounted for 99.2 percent of all power generated by renewable sources.

Renewables have now emerged as a major contributor to the nation’s overall energy supply. Yet, it can be argued they are still well short of their real potential. For example, in 1980, a lengthy, inter-agency analysis conducted by the Carter Administration concluded that renewables could meet 20 percent of the nation’s energy needs by the year 2000 (and some members of the task force argued a goal of 25 percent was doable). Yet, 33 years later, renewables have only reached the half-way point of the 2000 goal.

Recent growth rates and price drops do suggest, though, that the use of renewables could greatly accelerate in the near-term. Between 2003 and 2012, for example, energy produced from wind increased by a factor of 12, biofuels output grew more than five-fold, and solar generation quadrupled. Geothermal also expanded by more than 30 percent. Only hydropower and biomass (other than biofuels) remained essentially unchanged.

Photovoltaic (PV) cell costs today are 1 percent of what they were in 1973. Wind energy costs have declined by as much as 50 percent in just the past four years. Combined with recent developments in a number of energy storage technologies, wind and solar are now either at, or close to, “grid parity” with fossil fuels — and, in some instances, actually cheaper. Moreover, the first significant amounts of cellulosic biofuels have been produced in just the past two years with production levels expected to ramp up significantly in the near term.

Nuclear Power: In 1973, the U.S. had 42 operating nuclear reactors that generated 4.5 percent of the nation’s electricity. In response to the oil embargo, then-President Nixon called for the construction of 1,000 nuclear reactors. The resulting expansion in the 1970s came to a screeching halt with the 1979 Three Mile Island nuclear accident and subsequently resumed at a far-slower pace. By 2010, nuclear power had peaked when 104 reactors provided 11.3 percent of domestic energy production and 19.6 percent of the nation’s electricity.

Nuclear generation has dropped each year since then and is likely to see further declines – at least for the next several years – in light of the recently announced closures of five reactors (Crystal River, Kewaunee, San Onofre-2, San Onofre-3, and Vermont Yankee). While five new reactors are now under construction, their eventual contribution to the nation’s electricity supply (assuming they are ever completed) may well be off-set by retirements of other older, uneconomic, and arguably troubled reactors (e.g., Oyster Creek, Pilgrim, Indian Point, Fitzpatrick, Davis-Besse).

Petroleum: The total amount of oil used in 1973 (34.8 quads) has changed little over the past four decades (34.7 quads used in 2012) but its share of the nation’s energy mix has declined from 46 percent to 36 percent. Notably, oil use for electrical generation has changed from 17 percent in 1973 to less than 1 percent in 2013. Roughly half the oil used in 1973 was for transportation; it is over 70 percent today.

Net oil imports (imports minus exports) rose from roughly 30 percent in 1973 to a high of over 60 percent in 2005 and have since been declining; the U.S. relied on net imports for about 40 percent of the petroleum (crude oil and petroleum products) that was consumed in 2012.  Contributing to this decline has been:

Natural Gas: Domestic consumption of natural gas has increased by 26 percent over the past four decades but remained at about 29 percent of the total energy mix. Its use in the electricity-generating sector has tripled since 1973 and its share of net electrical generation has increased from 18.3 percent in 1973 to 26.2 percent in 2013. (By comparison, electrical generation more than doubled between 1973 and 2013.)

Coal: Domestic production of coal has increased by over 40 percent over the past four decades (13.99 quads in 1973 to 19.79 quads in 2013) but its share of the nation’s overall energy consumption has remained relatively unchanged (17.1 percent in 1973 vs. 17.6 percent in 2012). Further, its role in electrical generation has dipped in recent years from about 45 percent in 1973 to about 39 percent in 2013, reflecting increased competition from both natural gas and renewables.

CO2 Emissions: Carbon dioxide (CO2) emissions from energy consumption today are about 15 percent higher than they were 1973. The 2013 figure actually represents a drop of 11 percent from the peak level recorded in 2007 with the decline attributable to the economic recession, some displacement of coal by natural gas, increased use of renewables, and improving energy efficiency.

The recent downward trend, however, is almost certainly not large enough or fast enough to counter global increases in CO2 emissions or to substantially reduce the risks posed by climate change.