More
Home Baseload Bioenergy For Secure Energy Future, Obama Must Be Like Ike 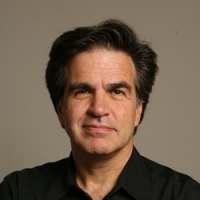 Updating our country’s critical infrastructure is a hurdle President Obama shares with former President Dwight Eisenhower. In 1956, President Eisenhower was confronted with a patchwork of county and state highways that impeded interstate commerce. Seeing an opportunity to restructure an outdated system, he championed a network of federally planned highways that conquered the tangled mess created by uncooperative state interests.

Today, our antiquated electrical infrastructure creates similar obstructions to commerce and energy security. President Obama’s goal of securing 25 percent of our electricity from renewable sources by 2025 is restricted by state regulators who act only in the interests of their state and disregard the potential benefits of new, high capacity, interstate transmission lines. If the United States is to take seriously its attempt to adopt and implement a national renewable energy standard, the President should emulate Eisenhower’s approach and demand action by Congress to bring our energy infrastructure into the 21st century.

Although state regulators often argue that their internal power demand can be achieved inside their borders, they ignore the vast cost savings associated with remote renewable energy generation. They also overlook the limitations placed upon the current infrastructure to supply future demand. The limitations result from a decades-long lapse in regional transmission construction due to increased investment in gas-fired generation units close to load centers. However, with the Energy Information Administration reporting that world energy consumption will increase by 44 percent from 2006 to 2030, the expansion of an interstate transmission grid will be necessary to increase reliability, reduce line congestion, and supply access to low-cost, remote, renewable resources, such as wind energy. Transmitting renewable energy from wind-abundant Midwestern states to the East Coast will result in annual savings worth millions of dollars in consumer power expenses.  The cost of building the interstate transmission system will be offset by these tremendous savings.

In 2008 the Department of Energy recognized this opportunity and designed a conceptual interstate transmission system that would support 20% of our nation’s energy coming from renewable resources by 2030. This network of proposed transmission lines bears a striking resemblance to the layout of the proposed highways of the 1955 Eisenhower Interstate Highway Plan. The similarities between the plans demonstrate that a transcontinental network connecting population centers is equally important today as it was in the 1950’s. Whereas the highway plan focused on removing barriers to commerce by facilitating the transit of goods and people, an interstate transmission network would remove barriers to commerce by facilitating the transit of energy. Without a transmission “super highway” connecting the entire U.S., our most cost-effective source of renewable energy will remain landlocked in the region that produces it. 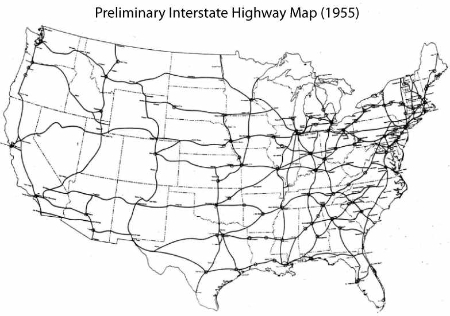 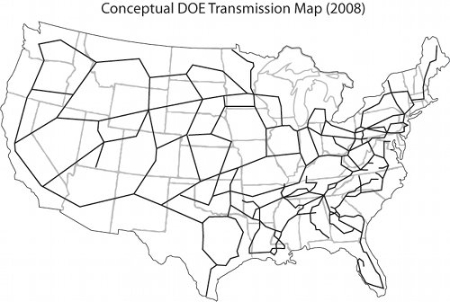 Presently, state and regional regulators have jurisdiction over whether transmission is built, where it is built, and who pays for it. States are chiefly concerned with building transmission lines that benefit the residents of their state and typically neglect the national benefits of interstate projects. There is little interest in new transmission lines if individual state benefits are compromised or altered. Since multi-state transmission projects can change the power relations between states and regions, they are rarely approved, and their economic and environmental benefits are left behind. Quite simply, the self-interests of state and regional regulators are the problem.

The energy bill working its way through the Senate contains a provision calling for a federal transmission line oversight authority. However, an influential group of East Coast governors and legislators are campaigning to keep that provision out of the legislation and have already succeeded in removing it from the House energy bill. They argue that a federal siting authority would construct a transmission system that favors the regions with the best energy resources, such as the Midwest. This coalition supports a regional plan that produces and distributes locally rather than a national plan that produces energy more efficiently and less expensively.

Hindsight may offer valuable advice for our current predicament. Myopic state and regional interests were overcome when President Eisenhower granted the Bureau of Public Roads authority to plan and place the new, interstate highways. The BPR located the national highways in a manner that best served the entire country, not the interests of individual states. Congress and the Obama administration should extend the same authority to the Federal Energy Regulatory Commission. The FERC is the rational choice to oversee an interstate transmission system. It has already demonstrated its ability to take an efficient and unbiased approach in managing the interstate natural gas pipelines. Expanding their siting authority to incorporate interstate transmission would be a logical progression. Without federal oversight, states will retain their grip on our country’s interstate transmission. Future progress will be sporadic at best and stagnant at worst.

Like the automobiles crowding roads in the early 20th century, our reliance on increasing amounts of electricity has strained the electrical grid that was designed to meet energy needs of the 1900’s. Renewable energy can make huge contributions, providing hundreds of thousands of clean, environmentally-friendly megawatts, but only if the right policies are in place. Until a federal entity has authority to site new transmission lines, conflicts between states and regions will continue to stifle progress toward a modern transmission grid capable of meeting 21st century energy demands. President Obama has the opportunity to reshape this country’s electrical infrastructure if he confronts the political barriers that stand in the way. Much like the Eisenhower highway system revolutionized interstate commerce and national security, an Obama interstate transmission system would usher in a new era of environmental and economic security for generations to come. It is an opportunity we cannot afford to miss.