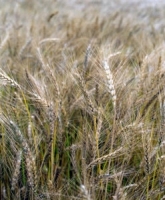 New York, United States [RenewableEnergyWorld.com] The price of food staples has risen by 244% since 2004 according to a new report from New Energy Finance. The report, “Food Price Increases: Is it Fair To Blame Biofuels”, concludes that while the drivers of these increases includes biofuel production it is far from the dominant one.

The report finds that increases in input costs have played a larger role than biofuels, as have changes in consumption habits and growth in population, which, the report says, have not been offset by increases in yields, particularly in grains, for the first time in decades.

“The media has been quick to blame the biofuels industry. In October 2007 Jean Ziegler, the United Nations Special Rapporteur on the Right to Food, kicked things off by describing it as ‘a crime against humanity to divert arable land to the production of crops which are then burned for fuel.’ Since then no article on food price increases has failed to mention biofuels as a main driver of increases in the price of food staples around the world,” said the executive summary of the report.

The report concludes that in the short term policy-makers worldwide need to take measure to protect the  world’s impoverished populations from the worst impact of food price increases. In the medium to long term, rising food prices must be allowed to send a signal to the agricultural community to increase production, according to New Energy Finance.

“Trading activity is likely to have played a significant short-term role, with soaring volumes of commercial and speculative transactions. We conclude that where biofuels have had a significant impact this is more due to overly-rapid application of support schemes and protectionism, than to the impact of production on land use itself,” said Michael Liebreich, CEO of New Energy Finance.