In Illinois, the Midwest Aviation Sustainable Biofuels Initiative released their recommendations from MASBI’s year-long study of the potential for aviation biofuels in the Midwest. In the 28-page report, MASBI, policymakers and experts identified next steps in advancing biofuels development, which can reduce carbon emissions, create green jobs in the Midwest, drive innovation in clean technology, improve energy security and power a sustainable future for aviation.

“For every 5 percent of petroleum jet fuel that can be offset by biofuels [in the Midwest],” the report’s authors said, “nearly 3,600 jobs will be created and 150,000 tons of carbon emissions will be avoided annually. MASBI’s recommendations, summarized below, are important next steps that can propel the aviation advanced biofuels industry toward generating some of the nearly 20 billion gallons of jet fuel required to support U.S commercial aviation.”

MASBI was led by United Airlines, Boeing, Honeywell’s UOP, the Chicago Department of Aviation and the Clean Energy Trust. In addition, Argonne National Laboratory chaired an Advisory Council, which included government agencies and non-profit institutions. This initiative, the result of a yearlong study by MASBI researchers, builds on crucial steps taken by the industry since 2006 that have resulted in approved pathways, drop-in fuels, certification to fly aircraft commercially powered by advanced biofuels and more than 1,500 completed commercial flights to date. 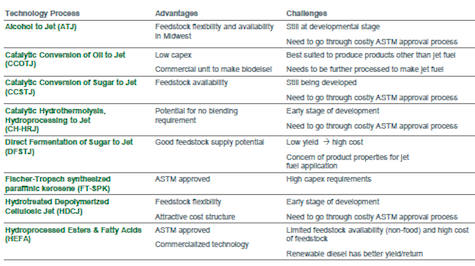 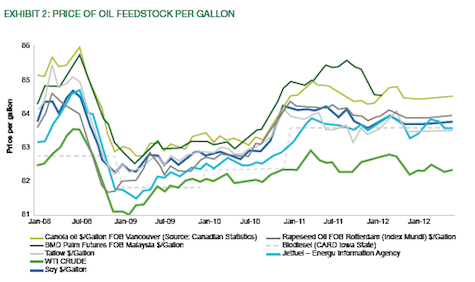 The progress has been impressive on yields and crop establishment — particularly with jatropha and carinata. Over at SGB, they believe they have the economics lined up for $99 per barrel crude jatropha oils. More R&D is underway — and crops such as algae and camelina are of special interest — while the DOE is focused on fostering technologies that focus on aviation biofuels.

The Old Switcheroo: the “now” of cellulosic biofuels vs “five years away” in oil & gas

Soak up the Sun: The USDA invests $25M in new fuel-focused, crop-based technologies. It’s showtime for drop-in fuels, oils in a wave of USDA co-investments — and a shift in philosophy to from “Make New” to “Make Do”.

Jatropha Loves to Fly and It Shows: It is becoming increasingly evident that, in the near-term, acute demand for aviation biofuel is going, one way or another, to result in heavy demand for jatropha and jatropha oil-based fuels. New deals for SGB in Brazil are confirming the trend.

5. Identify means to expedite approvals by ASTM and the EPA. For the former, identify means to speed up the process in critical areas, such as generation of test data to evaluate the performance of proposed fuels and engine testing. Expediting this can speed up time to market of new conversion technologies. 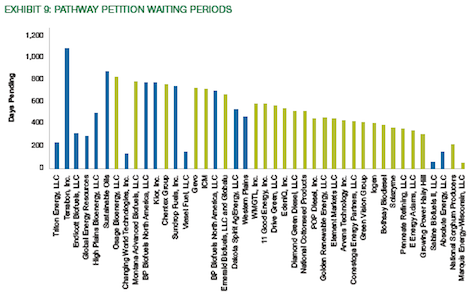 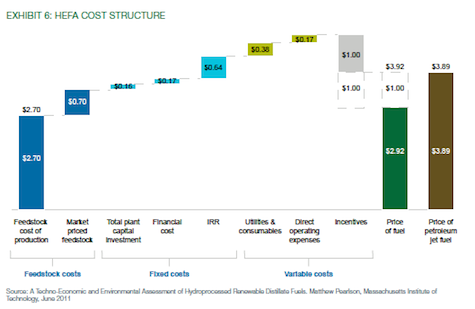 It takes several years and a slew of tests to get a new pathway approved — ATJ and 100% drop-in fuels still await their greenlight — and time is money in investing. It’s an area that, if unaddressed, will choke off early stage investment that needs “speed to market” to ensure the kind of investment returns that bring capital to higher-risk projects and support the venture capital model.

7. Balance risk and reward for early adopters of technology. Aviation biofuel is technically ready to scale commercially. At this early stage of development, stakeholders should consider entering agreements with the aim to balance risks with partners, thereby accelerating the rate of industry growth. For example, airlines could consider innovative pricing structures and long-term off take agreements, investors could require lower cost of capital on investments, feedstock providers could enter into long-term supply agreements with better than market pricing, fuel producers could consider alternative margins, and refiners could consider slightly higher volumes of jet fuel. If all stakeholders are willing to compromise and consider the needs of partners, the industry will reach its potential sooner. 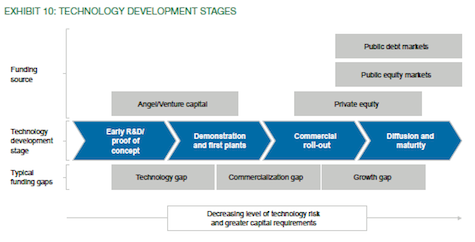 8. Demonstrate industry demand with aviation jet fuel purchase guidelines.Aviation stakeholders operate within a constrained operational and economic environment. Likewise, producers have their own sets of constraints. Each side is frequently unaware of the limitations of the other. Aviation industry stakeholders could articulate a series of purchase guidelines to initiate and inform discussions that would result in both sides setting respective parameters and identifying places of overlap where their commercial needs meet. 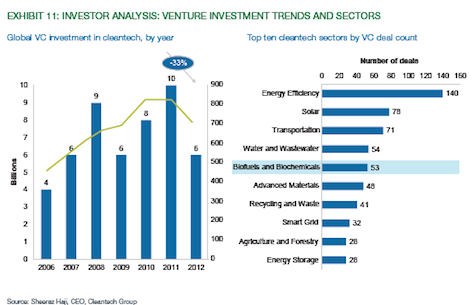 9. Create a pool of capital to invest in biofuels. Private financiers are either reluctant to finance biofuel projects or require rates of return that are too high. Aviation industry stakeholders could collaborate with other advanced biofuel consumers, including government or commercial entities, to develop structures allowing for efficient capital raising and vertical integration such as investment in the biofuel supply chain.

Financing remains highly challenging – faster returns from stable technology in wind, oil & gas isn’t helping any. Though bond financing is an attractive option — not much is new here except for the drive to greenlight Master Limited Partnerships, which have proven to be a strong structure for liberating capital in fossil fuel exploration.

Recently, the Digest proposed the SuperRIN. That’s a renewable fuel credit that can be purchased at a discount to current market prices, can be used to satisfy any renewable fuel obligation, never expires, and can be issued by an advanced biofuels project that has completed a demonstration of its technology but is raising capital for its first commercial plant. We noted that it works in the frequent flyer market to presell inventory – why not in fuels?

Coons, Moran introduce bi-partisan Master Limited Partnerships Parity Act: A master limited partnership is a business structure that is taxed as a partnership, but whose ownership interests are traded like corporate stock on a market. By statute, MLPs have only been available to investors in energy portfolios for oil, natural gas, coal extraction, and pipeline projects. These projects get access to capital at a lower cost and are more liquid than traditional financing approaches.

The SuperRIN: What exactly is a SuperRIN? It is a renewable fuel credit that can be purchased at a discount to current market prices, can be used to satisfy any renewable fuel obligation, never expires, and can be issued by an advanced biofuels project that has completed a demonstration of its technology but is raising capital for its first commercial plant.

10. Create longer-term policies that enable investment and production. Create a stable longterm policy environment, which is critical for the development of the renewable jet fuel industry and encouraging investment.

11. Level the playing field. The fossil fuels industry has relied on and continues to receive government subsidies, policies, and support that foster growth. The aviation biofuels industry should be afforded similar opportunities for growth. For example, allow master limited partnerships (MLP) for renewable jet fuel, which are currently limited to the conventional petroleum industry.

12. Fully fund the Defense Production Act Title III for the production of biofuels. Government action to develop new sources of energy has historically been an effective approach. The U.S. government and in particular the U.S. Navy has been instrumental throughout its history in transitioning from wind to coal to nuclear energy. The U.S. Government’s effort to support aviation and marine advanced biofuels is important, and the Defense Production Act Title III program sponsored by the U.S. Departments of Agriculture, Energy, and Navy should be fully funded.

13. Build regional demonstration facilities supported by municipal and state policy. In the short term, focus biofuel development on smaller facilities that will not exhaust local feedstock supply. Simultaneously, leverage coordinated municipal, state, and national policies to maximize opportunity. For example, allow state bonds to be sold to support the construction of production facilities. 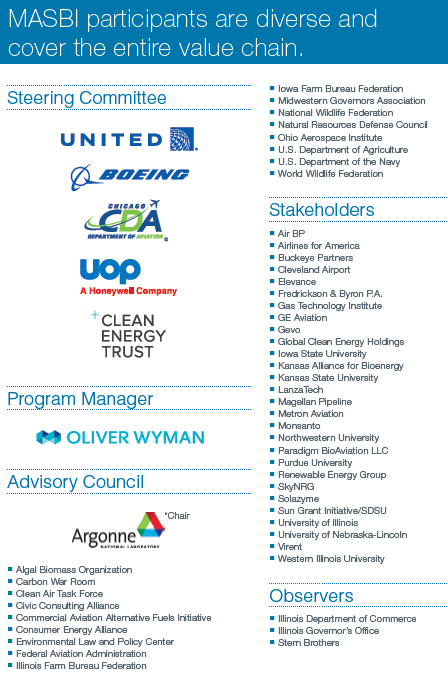 Policy is unstable in the biggest way — the brouhaha over the Renewable Fuel Standard setting a new record for ways that policy instability can shut down investor interest. There”s been nearly equal turbulence in using the Defense Production Act to commercialize biofuels early — though the DoD did bust through and award $16M in grants towards parity-cost, drop-in, non-food biofuels.

The hold-up being, primarily, feedstock costs, the Digest has proposed a Strategic Naval Feedstock Reserve to ensure access to affordable feedstock — as the nation does with the Strategic Petroleum Reserve.

Affordable Naval biofuel: First comes the feedstock. Pain at the pump? Try chatting with biofuels producers about the joys of $8 corn, $0.48 per pound soybean oil, $0.35 per pound waste greases and $0.20 per pound sugar prices. Frankly, were we to have prices at half these levels, there would be a lot more excitement in financial circles about investing in biofuels. Why not designate a Naval Agricultural Reserve? What about something similar to the Biomass Crop Assistance Program, but with a twist: government money comes with the caveat that the resulting feedstock must be sold at an affordable, contracted price to the military or aviation biofuels industry.

14. Incorporate sustainability standards and advance certification. Ensuring sustainable production of biofuels is critical to the integrity of this industry and incorporating sustainability criteria and standards is the responsibility of all its participants, from feedstock providers and fuel producers, to airlines and governments. These criteria should be consistent with, and complementary to emerging internationally-recognized standards, such as those being developed by the Roundtable on Sustainable Biomaterials. Third-party certification also could help ensure that greenhouse gases, land use, water use, and other sustainability criteria are appropriately considered. 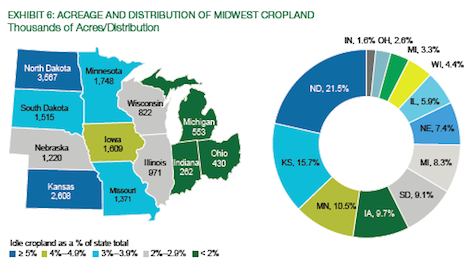 Sustainability remains a must-do. Good news that Dynamic Fuels, which has built 75 million gallons of capacity in Geismar, Louisiana — has become a certified facility by the Roundtable of Sustainable Biomaterials. Overall, sustainability is one area where industry has, broadly, ensured that it will go down the right path in a way that fosters, rather than frustrates, commercialization.

RenewableJetFuels.org launched, looking at viability, sustainability: In 2011,the Carbon War Room and Elsevier unveiled RenewableJetFuels.org, the world’s first platform for analyzing the efforts made by the renewable sector’s leading companies in the aviation industry. Currently in beta testing, the team is collecting data to be used to compare technical performance, economic viability, carbon footprint, and overall sustainability of renewable jet fuel supply chain companies.

In March, the Roundtable of Sustainable Biofuels’ Assembly of Delegates agreed to include an optional add-on certificate to RSB certification identifying biofuels that pose a low risk to creating ILUC. The vote by the different chambers agreed 18 to 3 in favor of including the LIIB methodology developed by Ecofys as an “extra credit.” The vote was held in light of RSB’s desire to respond to the ILUC debate that is currently going on in Europe. RSB is one of more than a dozen voluntary schemes recognized by the European Commission certifying compliance with the EU’s Renewable Energy Directive.

In February, Dynamic Fuels has earned RSB sustainability certification. The RSB certification encompasses Dynamic Fuels’ Geismar, Louisiana plant, located near Baton Rouge, where it utilizes its technology to turn animal byproducts such as beef tallow and pork and chicken fat into renewable diesel.

14 practical steps. We see the hold-up primarily in affordable feedstock, which represents up to 80 percent of the cost. If feedstock were half the price, most of the rest of the challenges would melt away. We continue to highlight the SuperRIN for financing and the Strategic Feedstock Reserve for affordable sugars and oils.