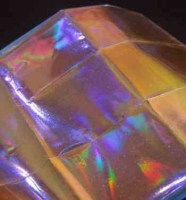 Florida, United States [RenewableEnergyWorld.com] Researchers have devised an inexpensive way to produce plastic sheets containing billions of nanoantennas that collect heat energy generated by the sun and other sources. The researchers say that the technology, developed at the U.S. Department of Energy’s Idaho National Laboratory (INL), is the first step toward a solar energy collector that could be mass-produced on flexible materials.

While methods to convert the energy into usable electricity still need to be developed, it is envisioned that the sheets could one day be manufactured as lightweight “skins” that power products such as hybrid cars or iPods with potentially higher efficiency than traditional solar cells. The nanoantennas also have the potential to act as cooling devices that draw waste heat from buildings or electronics without using electricity.

The nanoantennas target mid-infrared rays, which the Earth continuously radiates as heat after absorbing energy from the sun during the day. In contrast, traditional solar cells can only use visible light, rendering them idle after dark. Infrared radiation is an especially rich energy source because it also is generated by industrial processes such as coal-fired plants.

The nanoantennas are tiny gold squares or spirals set in a specially treated form of polyethylene, a material used in plastic bags. While others have successfully invented antennas that collect energy from lower-frequency regions of the electromagnetic spectrum, such as microwaves, infrared rays have proven more elusive. Part of the reason is that materials’ properties change drastically at high-frequency wavelengths, Kotter says. 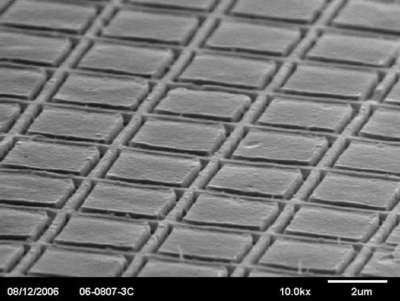 The researchers studied the behavior of various materials — including gold, manganese and copper — under infrared rays and used the resulting data to build computer models of nanoantennas. They found that with the right materials, shape and size, the simulated nanoantennas could harvest up to 92 percent of the energy at infrared wavelengths.

The team then created real-life prototypes to test their computer models. First, they used conventional production methods to etch a silicon wafer with the nanoantenna pattern. The silicon-based nanoantennas matched the computer simulations, absorbing more than 80 percent of the energy over the intended wavelength range. Next, they used a stamp-and-repeat process to emboss the nanoantennas on thin sheets of plastic. While the plastic prototype is still being tested, initial experiments suggest that it also captures energy at the expected infrared wavelengths.

The nanoantennas’ ability to absorb infrared radiation makes them promising cooling devices. Since objects give off heat as infrared rays, the nanoantennas could collect those rays and re-emit the energy at harmless wavelengths. Such a system could cool down buildings and computers without the external power source required by air-conditioners and fans.

More technological advances are needed before the nanoantennas can funnel their energy into usable electricity. The infrared rays create alternating currents in the nanoantennas that oscillate trillions of times per second, requiring a component called a rectifier to convert the alternating current to direct current. Today’s rectifiers can’t handle such high frequencies.

“We need to design nanorectifiers that go with our nanoantennas,” says Kotter, noting that a nanoscale rectifier would need to be about 1,000 times smaller than current commercial devices and will require new manufacturing methods. Another possibility is to develop electrical circuitry that might slow down the current to usable frequencies.

If these technical hurdles can be overcome, nanoantennas have the potential to be efficient harvesters of solar energy. Because they can be tweaked to pick up specific wavelengths depending on their shape and size, it may be possible to create double-sided nanoantenna sheets that harvest energy from different parts of the sun’s spectrum, Novack says.

The team’s stamp-and-repeat process could also be extended to large-scale roll-to-roll manufacturing techniques that could print the arrays at a rate of several yards per minute.

The researchers will be reporting their findings on August 13 at the American Society of Mechanical Engineers 2008 2nd International Conference on Energy Sustainability in Jacksonville, Florida.