“I think this is the point where the government should take an all or nothing approach. Otherwise, just shut down all of the geothermal projects in the country.”

Strong words to the Jakarta Post from Indonesian Geothermal Association chairman Abadi Purnomo. I once spoke to a man who had recently pushed through a deal to build a coal power plant project in Vietnam, who mentioned casually that he hoped there would be no more coal power plants in decades to come. A very honest and encouraging statement for someone whose bread and butter or, as they say in East Asia, whose rice bowl is generating electricity through burning those infamous crumbling black fossils.

But imagine how frustrated you would have to be, as an advocate of a renewable energy source, that could supply your country’s critically under-electrified rural regions with baseload power without the spectre of pollution hanging over them, to throw your hands in the air and say that every geothermal power plant may as well be shut down if the government is not going to take it seriously.

The cynic might point out that the Indonesian authorities are too preoccupied with cutting a path of flame through their rainforests in aid of coal and palm oil revenues to think about geothermal, despite the resources available to them. Even the optimists and newcomers despair at the slow rate of progress Indonesia has made with its much-vaunted “crash programmes”, the second 10,000MW of which was intended to create foreign investment opportunities in renewable energy projects.

But having spent a lot of time in Indonesia and having researched Indonesian energy markets extensively, I can not only understand how these frustrations originate, but can perhaps suggest a slightly more positive approach before Bp. Abadi’s sentiments are echoed too widely. After all, should too much negativity emanate from the foreign sector the Indonesian government may interpret it as antagonistic and become even less forthcoming – which at this stage would be disastrous, given the founding of innumerable authorities, funds, organisations and government subsidiaries to facilitate investment into infrastructure and, specifically, into renewable.

Take a look at the city of Jakarta itself – I once ran a conference on transport in the city, and urged participants at the end to give their support to the firms looking to invest in a metro system. With something equivalent to the metro in Bangkok connecting Jakarta’s many embassies, offices, hyper-malls, hotels, meeting venues and wonderful restaurants and pubs, Jakarta would be a fantastic business city. Maybe one of the best. Just lose that one barrier: traffic. Lose that, and you could spend a day in Jakarta where you get to all your meetings on time – not to mention you can schedule them in more than two places now – before hopping on a metro up to Jakarta’s old-world Dutch district Batavia to entertain a client with a cup of the famous Kopi Luwak. Making it back to your hotel in time to Skype your family and get a solid night’s rest before flying back to Singapore or wherever you’ve come from. Mission accomplished in one day. Suddenly Jakarta is the place to be for businessmen, and the hike in meeting frequency means more cups of coffee are sold, higher turnover in restaurants, more flights are booked, people actually have time to go and spend money in bars – money pours into the city, demand for food, beverages and entertainment skyrockets, necessitating the cleaning and overhaul of derelict areas and the creation of swathes of new jobs.

You see where I’m going with this. There really is only one barrier to an Indonesian renewable sector thriving with investors receiving big pay checks, and that is the government. Now I’m not pointing fingers here. Renewable energy in my country, the UK, is mired in politics. Indonesia has an elected government too. It is run by career politicians, loathe to raise power prices and plummet in popularity as a result (consider the kind of personality cult that surrounds a figure like Dahlan Iskan). This probably sounds familiar to Brits accustomed to hearing their politicians say anything and everything to keep people happy with them until they can foist the burdens of running a country onto someone else.

Once the government sees for itself the returns in geothermal energy, and hatches a plan to popularise it, things will start to happen. Education is key. An aggressive campaign by international heavy hitters in the nuclear industry a few years ago had senior persons in Indonesia’s government seriously interested – I saw it for myself, I ran a conference on nuclear energy and Indonesia’s ministry employees were among the most enthusiastic advocates of nuclear energy there. That all seemed to peter out after Fukushima. But geothermal will never have a Fukushima or a Three Mile Island, let alone a Chernobyl. Geothermal energy’s investment-reward ratios and timelines bear similiarities to that of nuclear. Both require high capex, both take a long time and a lot of money to get in the ground, but both have relatively low operating costs and high ROI. If nuclear energy can be as popular as it honestly still is, there is no reason geothermal energy can’t. Bp. Abadi’s remit as chairman of Asosiasi Panasbumi Indonesia should not be to make ultimatums, but to bring his industry and government closer together, and closer to the geothermal crowd in other countries – such as the Philippines and the United States. The geothermal industry is not as vast as oil and gas, or coal, or even gas. Knowledge share between countries should therefore be easier. That in turn provides a great due-diligence to slap on the desk of an Indonesian Minister. It provides soundbytes, statistics, facts and information that can be disseminated down into the populace, improving popular opinion.

As my proof, take a look at PT Supreme Energy, who just received approval from the Rajabasa indigenous people to explore for geothermal resources in Lampung. What it took was frank information and compromise from Supreme Energy chief Triharyo Indrawan Susilo, who informed the Rajabasa of the minimal environmental damage to be feared from geothermal exploration, and promised to plant double the amount of trees that have to be cut down. How is that for a truly admirable renewable spirit? That was all it took; now Bp. Triharyo gets to go ahead with his project hoping to make himself and his employees successful, and the Rajabasa have nothing to fear for their environment. Everyone wins. The country wins. This generosity and openness is the attitude that is needed. 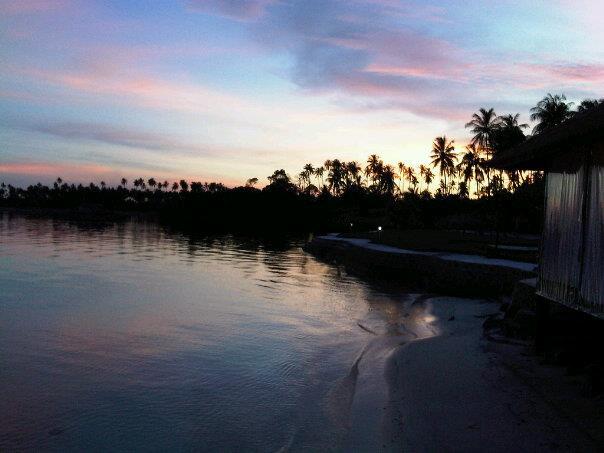