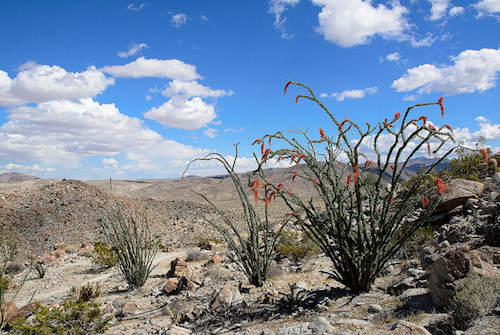 With the final Record of Decision in mid-September, the BLM will now begin implementation of the Desert Renewable Energy and Conservation Plan (DRECP), sharply limiting renewable deployment on California’s public lands.

DRECP began with high hopes of balancing the need to develop renewable energy while retaining environmental habitat on public land. Selecting optimal sites for renewables promised to ease some of the lengthy permitting faced by the renewable industry.

But that is not how DRECP has turned out in the final decision. Less than 4 percent of the 11 million acres of BLM land assessed in California will be available for renewable energy projects. Renewable energy will be confined to just 388,000 acres across seven California counties through 2040.

“This is a blow,” Shannon Eddy, head of the Large-scale Solar Association, told Renewable Energy World. “The world is on fire — CO2 levels just breached the 400 ppm threshold. We need to do everything we can right now to reduce emissions by getting renewable projects online.”

When the planning began, nobody knew just how fast the then-nascent solar industry would grow, or just how much utility-scale solar would be needed — alongside rooftop solar and energy efficiency measures — to meet California’s climate goal of 50 percent renewable electricity by 2030, and likely higher by 2040.

“When the DRECP was initially envisioned, the biggest solar PV facility in the country had just been finalized at Nellis Air Force Base — it was 14 MW,” Eddy said. “We now have more than 20,000 MW. That gives you an idea of the scale of change: the decision is out of step with today’s realities.”

The original goal only required accommodating 8 GW, which remained the stated renewables goal as recently as in the final draft released last year. But at the signing last month this figure mysteriously rose to 27 GW in the decision announcement by U.S. Secretary of the Interior Sally Jewell.

“The lands specifically identified for renewable energy development by the plan have the potential to generate up to 27,000 MW of renewable energy — enough to power over 8 million homes — that will help meet federal and state renewable energy and climate change goals,” Jewell said in a statement.

Renewable industry insiders don’t understand how the DRECP figure suddenly jumped from 8 GW to 27 GW, as there had been no new allocation of acreage for renewables during the eight-year process.

Powering 8 million Californian homes — by 2040 — in a population already at 40 million, is not a success. But even this claim is pocked by words like “help.” Even 1 watt of renewable energy could “help” power 200 billion homes — or one fridge.

It is clear that the invisible hand of the market is being relied on to do the heavy lifting: distributed generation is expected to add an additional 16 GW by 2040, according to the DRECP.

Given this devastating blow, one might hope that neighboring states could feed clean energy into the California grid from across its borders. But here too, public land allocation has proved to be parsimonious, despite BLM assurances of increases to the 282,000 acres initially allocated in 2012 across the six states — Arizona, California, New Mexico, Utah, Nevada, and Colorado — as Solar Energy Zones.

“Of the total 47 million acres the BLM has studied across the six states, only 513,000 acres have been designated for solar development,” Eddy said. “Compare that to the 32 million acres of oil and gas leases currently operating on BLM lands.”

Michael Sherman is an energy partner at Stoel Rives in Sacramento, focused on endangered species act issues. He advises developers in both renewable and in extractive energy, which gives him a unique perspective on how clean energy developers are treated differently by regulators.

He ascribed the different treatment to different cultures: that solar and wind developers do tend to be more willing to pay for professional services, while oil and gas developers push back more effectively against mitigation requirements.

Yet solar and wind projects actually have a negligible impact on species once in operation.

“Solar and wind are just rows of inanimate things,” he said. “They’re not really that disturbing to species. It’s not hundreds and millions of people like in new community developments. I think the industry often feels that the regulatory agencies don’t recognize that distinction; that they treat temporary impacts as permanent ones.”

Even impacts that would continue during operation can be mitigated. As an example, Sherman pointed to the ease of simply incorporating a migration pathway through solar or wind sites.

“It is disappointing that the plan does not reflect better balance,” Wetstone said. “We can protect desert habitat without effectively prohibiting pollution-free wind and solar energy development on millions of acres of the planet’s best renewable resources.”

Next Up — Limiting Clean Energy on Private Land

With the decision for siting renewables on public lands now final, DRECP moves on to Phase II; to deal with siting clean energy on private lands. Currently, counties have primary land-use and permitting authority on private lands in their counties.

Sherman initially saw a second chance for the industry to at least try to influence the process to allow a higher percentage of private land for renewable energy development.

But with new limits on public land, he predicts that the precedents set under DRECP will tend to bleed over to adjacent private land in Phase II.

“That is already happening,” Sherman said. “The agency that’s approving that does tend look to other agencies to determine what the mitigation should be, so it would be an easy and natural thing to do to look to the DRECP to define mitigation requirements law on private land too.”

One small ray of hope for clean energy deployment is an additional 400,000 acres managed by the BLM that was not categorized into any designations.

These BLM lands are already considered “disturbed” for example, by mining or because they are small parcels surrounded by private farmland, or are located under the Salton Sea.

While these unallocated lands are not designated as available for clean energy deployment, they are not forbidden like the 5.2 million acres for conservation or the 3.5 million for recreation. This potentially doubles the acreage available to clean energy to 788,000 acres.

However, solar insiders say that the siting requirements are so onerous, it is unlikely that any developer will try these parcels.

So Is There Really No Recourse?

Sherman took a lawyerly approach to finding a pathway for renewables at this point.

“As far as the BLM-owned public lands, just like any approval by the government, there are lawsuits that could be brought, because there are arguments that a full or a reasonable range of alternatives were not addressed,” he said.

Eddy was much less sanguine, pointing out that the BLM’s interpretation is that you cannot change the designation of National Conservation Lands “absent an act of Congress.”

“We’re poised on the cusp of irreversible climate change — no previous generation has confronted this kind of challenge,” she said. “The BLM must respond with both flexibility and vision to ensure this nation can rise to the task.”