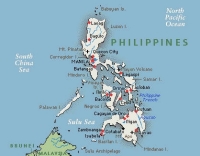 The nine hydroelectric projects are expected to have a combined generating capacity of about 50 MW.

The run-of-river plants will be constructed along the Paliuan River in Filipino states Antique and Aklan, with work expected to be completed within the next five years.

Already, Suweco officials said the Villasiga 1 is about 85% finished, and work on the Guiamon San Ramon, Main Aklan and Villasiga 2 projects is expected to being during the second half of 2013.

“The entry of these hydropower projects is expected to increase the sources of reliable, clean and cost-efficient indigenous power on the island, and, we hope, will displace unreliable and costly oil-based plants and barges,” said Aklan Governor Carlito Marques.

Suweco officials said the plants are being built in response to the government’s desire to increase its renewable energy supply.

HydroWorld.com reported in August 2012 that Philippines’ National Irrigation Administration and the Japan International Cooperation Agency had signed an agreement hoping to cultivate the country’s small hydropower development, while Filipino Department of Energy announced plans to auction at least 40 prospective mini-hydro sites for exploration and development later that same month.