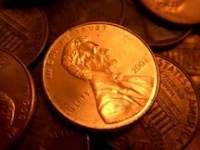 London, UK — In his conclusion to a recent speech at the London School of Economics, Lord Turner, Chair of the Financial Services Authority in the UK, introduced an important distinction in reference to the financial crisis: he explained that “Stability matters a lot; minor gains in allocative efficiency matter little.”

The reference is specifically to the unprecedented financial innovation that occurred over the course of the last decade, innovation that was heralded by many within the sector as a means of improving the overall “efficiency” of the financial market. Efficiency in this context means that resources (financial and other) would be allocated in a way that would better promote human welfare.

As the economy continues to reel from the effects of the financial crisis, average citizens may be excused for failing to see the welfare gains that came from all this “innovation;” indeed, two years on, it is now generally acknowledged that this innovation was taken too far, and resulted in a net loss of welfare for society, and for the taxpayers who are now footing the bill.

One of the insights behind Lord Turner’s comment is that, in such situations, it is indeed possible for us to be penny-wise and pound-foolish, to put too much faith in efficiency at the expense of market stability.

An analogy can be drawn between this situation and the current debate unfolding in the U.S. surrounding renewable energy policy, in particular the debate between standard offers (or feed-in tariffs) and renewable auction mechanisms (or RAM).

Standard offers guarantee a fixed price for electricity sold to the grid and are generally awarded specifically to renewable energy projects to bolster revenue certainty and reduce overall investment risks. The electricity can be generated by a host of different renewable electricity technologies, including solar, wind, biogas, and geothermal power.

The price offered to each technology and size class is generally determined through detailed analyses of renewable energy project costs. These analyses provide benchmark prices that are locked in and offered for a fixed period of time, until market conditions change and require the prices awarded to subsequent projects to be adjusted, either automatically or by review.

Standard offers are currently being used in the U.S. by municipal utilities in places such as Gainesville, Florida, and in certain states such as Vermont and are being considered across the U.S. from states ranging from Colorado and Arizona, to New York and Michigan.

The renewable auction mechanism relies instead on a form of “reverse” auction, a process through which individual developers bid against one another to provide a certain block of electrical capacity. The goal of using an auction mechanism is generally to deliver the lowest cost electricity to the grid.

Conventional economic theory holds that such a competitive process should, by definition, yield the most “efficient” outcome. A competitive process will tend to foster more accurate price discovery, leading to fairer (i.e. more accurate) prices, and ensure that ratepayers are not overpaying for renewable electricity. This is “allocative efficiency”.

The competitive nature of auction-based mechanisms is rapidly making them a favored policy option among U.S. policymakers, who are concerned that standard offers and other such policies that “set the price” will result in disastrous inefficiencies.

It is argued that these inefficiencies will result primarily because no third-party analysis can ever rival the market mechanism in terms of price discovery: prices will deviate from reality, supply will exceed demand, and the entire electricity market will be distorted beyond recognition. Thus, the reasoning goes, no standard offer framework could ever be as “efficient” as an auction-based system.

As a result, it is commonly argued that such policies will overcharge ratepayers, decrease social welfare, and bring us all one catastrophic step closer to communism.

This debate merits a closer look.

It is inevitable that standard offer policies will occasionally deviate from “market realities” in certain project classes, at certain points in time, resulting in higher payment levels being awarded to certain project owners than intended by policymakers.

By the same reasoning, these deviations will also work the other way at times, leading to lower returns in some project classes, which will tend to slow the rate of investment, and signal the need for a correction. The objective ultimately is to ensure that prices are “about” right, hovering in range that allows profitability, while encouraging private investment, and stimulating the development of new electrical capacity.

However, despite its many imperfections, the overall system has been shown to work rather well, and accomplishes precisely what it is designed to accomplish: namely, encourage the rapid and sustained scale-up in renewable energy investments.

Standard offers achieve this by creating the conditions of stability, transparency, and investment certainty required to finance large volumes of capital intensive assets. To paraphrase Winston Churchill, standard offers may well be the worst renewable energy policy going, except for all the others.

Indeed, auction-based mechanisms are not without their flaws either. Under an auction-based system, an incentive is created for bidders to bid as low as possible in order to increase their chances of securing a contract. Recent experience from jurisdictions such as China and Brazil suggests that underbidding is widespread, and contract failure rates remain high, leading to slower growth.

If repeated over several auction cycles, this process can be timely, costly and highly inefficient, both for regulators and investors, and can effectively undermine investor confidence, as well as a jurisdiction’s ability to meet renewable energy targets on time.

On a different level, auctions significantly increase the overall risk of renewable energy investments, as there is a relatively low likelihood that any individual project will receive a contract. Bidders must therefore put up significant sums in order to mount a bid at all, adding layers of transaction costs with little assurance that this risk will be rewarded with an actual contract to build. This risk must then be reflected in the cost of capital, as both debt and equity providers will rightly identify increased contract and completion risks, and demand higher returns. These higher returns may well wipe out any gains derived from greater price efficiency.

A further challenge with an auction-based mechanism is that it will prove exceedingly difficult under such frameworks to develop robust and dynamic manufacturing and supplier markets, partly because the latter will have to rely largely on periodic auction calls.

In other words, the final market demand for renewable energy products and services under an auction framework becomes contingent on the ability of the auction to result in viable contracts (i.e. bankable projects). If it largely fails to do so for a significant period of time, any local renewable energy industry is likely to fail along with it.

This can lead to a start-and-stop pattern of development, potentially creating another kind of “valley-of-death” for renewable energy manufacturers and service suppliers.

Finally, auctions by design create a higher barrier to entry for new players. This may in fact result in less competition, not more, as fewer developers can afford (or stomach) the high upfront costs (and risks) of participating. This could have the unintended consequence of discouraging innovation within the market, potentially driving entrepreneurs to focus on sectors with lower barriers to entry.

The key behind the success of standard offer policies is that the price is designed to approximate the cost of generation, and offer a reasonable rate of return on investments in different renewable energy project classes. In so doing, they create a continuous stream of project-level investments and foster stability within the regional renewable energy market.

Under standard offers, the prices are known, and set for a certain period of time, communicating a transparent signal to the marketplace. Provided the policy is framed within a longer-term objective, such as a Renewable Energy Standard, this enables longer-term capital investments in manufacturing and associated industries to take place.

In countries like Germany, this stability is valued as an objective in itself, as it fosters job creation, reduces the cost of finance and the barriers to entry, and leads to positive cluster effects as industries develop in proximity to one another. This leads to more robust supply chains and more efficient communication between suppliers and developers.

In fact, this policy stability has been one of the most decisive factors in helping Germany become a major hub in global renewable energy supply chains, developing a powerful export complex that now yields an annual turnover in the tens of billions of dollars. This stability has also enabled its renewable energy sector to weather the financial crisis surprisingly well, as financing continues to be available for relatively low-risk capital investments.

However, it has been argued that auction-based mechanisms may be more suitable for larger (>100 MW) projects where there is a greater risk that these relatively minor losses in allocative efficiency will result in fairly significant losses at larger project sizes. This would occur if the standard offer price deviates significiantly from actual, risk-adjusted generation costs, and awards an unreasonably inflated price over a 20-to-30-year period of time.

Yet, it remains the case that larger capex projects require greater investment certainty, not less. Thus price certainty and transparency are arguably even more important at this scale than at smaller sizes. This suggests that standard offers may still be a tradeoff worth making at this scale, particularly if policymakers aim to stimulate rapid and sustained investments in renewable energy projects.

Provided proper checks are in place to counter the formation of bubbles, as occurred in Spain in 2008, the overall gains derived from the stability and certainty of standard offer frameworks arguably outweigh the losses in “allocative efficiency” that can result from temporary price divergences.

At its most basic level, implementing a standard offer policy is a tradeoff, one between greater investment certainty on one hand, and gains in allocative efficiency on the other hand.

If Lord Turner is right, it may in fact be better in the long run to be pound-wise, than penny-foolish.

This article is a guest post by renewable energy policy expert Toby Couture that was reprinted by Paul Gipe. The original article, Penny-foolish or Pound-wise: The Case of Renewable Electricity Policy, can be found on the E3 Analytics website.

Toby Couture is Energy & Financial Markets Analyst at E3 Analytics, based in London. He works and writes on renewable energy finance and policy issues, and has published widely in the renewable energy field. He is currently completing a degree at the London School of Economics. More analysis can be found E3 Analytics.