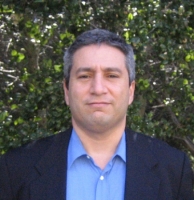 We in the U.S. all owe Adam Browning a big “Danke” for his work in support of solar energy both in California and around the country. The California Solar Initiative (CSI) is the largest solar program so far in the U.S. and his work at Vote Solar helped pass this legislation. In addition, he has been instrumental in helping pass pro-solar laws in many other states. But in response to Adam’s analysis in his earlier article on feed-in tariffs (FIT) in the U.S., the Californians for a Feed-in Tariff Working Group will have to say: “Nein.”

We believe that Adam’s February 5th article, “Feed-in Tariff versus Marginal Incentive,” contains significant inaccuracies about FITs that should be corrected:

1) It is a bit of a head-scratcher that Adam, a renewable energy policy expert, has devoted an article to dismissing FITs for the U.S., yet he seems not to have read the menu of wholesale electric rates that are the heart of any FIT law. FITs in most countries promote exactly the range of renewable technologies he cites as missing in such a law, as they assign specific premium wholesale rates to a wide range of industries; Germany’s Renewable Energy Law promotes seven renewable technologies (solar, wind, biomass, etc.) with a list of specific rates for each technology.

2) Adam portrays the CSI as if it alone has an exit strategy, overlooking the fact that FITs step down over time, a strategy designed into tariffs in the year 2000, well before the CSI was a twinkle in anyone’s eye. For example, the tariff for PV in Germany goes down every year by 5 to 6.5% to reflect improvements in the cost curve of the technology.

3) FITs have much lower administrative costs than a complex structure like the CSI. A FIT is a wholesale electricity generation rate administered by the existing utility and public utilities commission infrastructure, a process that has a low overhead because it is largely automated. Residential and commercial utility customers have both a “buy” and a “sell” account and meter. On the other hand, solar integrators in California estimate that it costs them an additional $.0.50/watt to administer the CSI, an amount that is recovered from customers in higher installation costs, thus reducing the net effect of the incentive by this amount.

4) Adam also failed to mentioning the hidden costs of the CSI. Net metering – preferable to no solar subsidy or incentive at all – contains within it additional costs for non-solar ratepayers. The utilities lose payments for many non-generation costs (non-generation costs are 45% of total billing) from net metering customers who zero out their bills, which they recover from other ratepayers. We can assume that this cost recovery from other ratepayers will continue for the 30 or 40 year life of the system, amounting to several billion dollars of subsidy. FIT participants will cover the electricity and ordinary consumer distribution services they use from the grid with the proceeds of their electricity sales under the feed-in rate. Thus, a FIT represents an honest assessment of the cost to ratepayers for cleaner technologies.

5) Unfortunately, the CSI seems to be exiting sooner than planned. The program’s incentivizing effect has been much stronger for businesses and is largely due to the 30% federal Investment Tax Credit (ITC), which adds a $2.40/watt incentive, when in place. Because the short-term future of the ITC is in question, the CSI represents a much weaker incentive if these credits are not reinstated. A feed-in tariff could potentially be adjusted to account for federal tax incentives, with one rate active when federal tax incentives are in place, and another instated when they are not.

6) In 2007, 1 gigawatt of PV was installed in Germany, which yields a rate of installation 3 times that of California if rated according to GDP. If we rate CSI’s expense per actual installation and take into account the time value of money, the cost to ratepayers per megawatt installed are at least the same order of magnitude as a FIT. In 2007 – 7 years after the introduction of the German Renewable Energy Law – just 3% of electric costs to consumers are attributable to the FITs. Estimates are that the law’s contribution to German electric rates will peak in 2015 but will remain a small fraction of overall electricity costs.

7) Utilities can get behind a successful FIT because they can count all feed-in participants as part of an RPS target, which they cannot under net metering. Additionally, FITs protect utilities from imbalances between rates paid and funds collected, as the cost of the tariff is directly reflected in retail bills.

8) Finally, the German and Spanish renewable energy markets are the envy of their respective industries. Companies operating in those markets are assured low financing costs and a stable, reasonable profit on sound investments. And because generators are paid for performance, people are motivated to keep their systems well-maintained, as they are paid only for their actual kilowatt-hours generated.

Adam’s assertions seem particularly shortsighted in an environment in which the U.S. solar, wind and geothermal industries are facing yet another big slowdown if the production and investment tax incentives are allowed to expire at the end of this year. The industry will do everything it can to re-instate these tax credits for another few years, but in the long-term, we need to find a way to get off this renewable energy roller coaster.