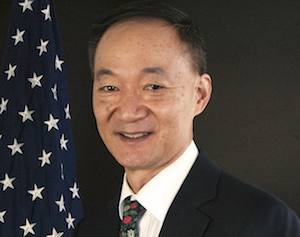 With Bay’s departure, FERC will be left with only two members — LaFleur and Colette Honorable — which is not enough to secure a quorum on agency decisions.

“While I recognize that FERC is in a state of transition as we await nominations to fill vacant seats at the agency, it is important that FERC’s work on the nation’s energy markets and infrastructure move forward,” LaFleur said in a statement.

Bay was nominated by President Barack Obama in 2014, and his term was set to expire in June 2018.

In his letter of resignation to President Trump, Bay noted significant changes to the energy space that have occurred during his term.

“The shale revolution and an abundance of low-priced natural gas, technological innovation, the expanded use of renewable energy, increased energy efficiency and flat load growth, state and federal public policy, and consumer choice have been drivers for change,” Bay said. “As Chairman, I have sought to help consumers realize the benefits from this change, while assisting the wholesale markets and industry in adapting to the change and maintaining just and reasonable rates and reliability.”

In the six-page letter, Bay enumerated many of FERC’s recent accomplishments, including winning two cases in the Supreme Court — FERC v. EPSA and Hughes v. Talen Energy Marketing — that recognize FERC’s authority over the wholesale markets.