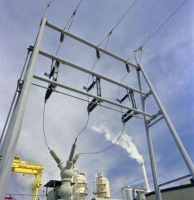 Georgia, United States [RenewableEnergyWorld.com] Energy and sustainability experts at the Georgia Institute of Technology have taken a leadership role in the U.S. contribution to a 36-nation effort aimed at developing an international standard that would bring consistency to energy management systems worldwide.

The effort has implications for the public and private sectors alike, providing a process for managing energy use and implementing sustainable practices that would help hold down costs and minimize environmental impacts. This first-ever international energy management system standard — to be known as ISO 50001 — would also level the playing field for companies competing in the global marketplace. It is estimated that the standard could ultimately affect as much as 60 percent of the energy used in the world.

Beyond the direct benefits, adoption of ISO 50001 could also lead to long-term cultural changes that benefit organizations in other ways. “An energy management system standard establishes a culture of continual improvement to sustain the gains made, placing the organization in a position to realize even greater energy efficiencies and further savings,” Meffert added.

The U.S. Department of Energy is supporting the effort through a combination of active participation in the U.S. Technical Advisory Group (TAG) and through financial support for the administration of the U.S. TAG. The U.S. TAG is responsible for developing the U.S. consensus position on the proposed standard.

Rising energy prices have made managing energy a higher priority for industrial, commercial and governmental organizations worldwide. Beyond helping manage costs and controlling environmental impacts, large energy users may be driven to adopt the voluntary standards as evidence of their good corporate citizenship.

“Many countries around the world will use the standard as the basis for national programs that encourage large energy users to demonstrate their environmental stewardship,” Meffert said. “It is expected that national incentives — taxes, credits and similar vehicles — will be used to promote its use and adoption.”

Companies that adopt the new standard may also gain a public relations and marketing advantage.

“Companies that conform to an international energy management system standard will be publicly stating that they have adopted best practices for managing their energy supply and use, which helps make them competitive,” Meffert added. “They are also showing that they are managing their natural resources wisely. Many companies will also want to ensure that their suppliers and partners are environmentally responsible.

In general, Meffert noted, standards are useful to helping organizations establish the order and consistency to manage key business components, whether they address quality, environmental protection or energy issues.

“By applying this standard, the organization uses the ‘Plan-Do-Check-Act’ steps of the continual improvement framework to manage energy resources, incorporating energy management into everyday business operations and strategies,” he said. “This framework encompasses both the management and the technical elements of energy management. The effective management of energy requires both to be present and integrated.”

While industry has driven development of the new standard, it could be used by any energy-consuming organization. The standard will define a management system for all energy sources – including electricity, liquid and solid fuels, renewable sources, steam, compressed air and chilled water.

The new ISO 50001 is being developed through a consensus process of the International Standards Organization (ISO) that involves representatives from national standards organizations in more than 36 countries who develop proposals, discuss issues, build consensus – and adopt the final standard.

The United States and Brazil are leading the overall effort under ISO’s framework. In addition to member nation representatives, two liaison members — the United Nations Industrial Development Organization and the World Energy Council — are also contributing to the effort.

The ISO/PC 242 committee that was established to develop the standard held its first meeting in Washington in early September and will hold additional meetings on a regular basis. The goal is to have ISO 50001 ready for publication by the end of 2010, said Deann Desai, project manager with the Enterprise Innovation Institute who serves as secretary to the U.S. TAG.

“Excellent progress was made during the first meeting, and a working draft has already been developed,” she noted. “Among the issues discussed was the need to ensure compatibility between the new ISO 50001 and existing ISO management standards.”

Georgia Tech was heavily involved in developing the existing American National Standards Institute (ANSI) MSE 2000:2008 standard for energy management systems. That standard has seen limited adoption in the United States, but Meffert said globalization of commerce now requires an international standard that will be widely adopted.

“Many businesses today are multinationals that have facilities and/or trading partners overseas,” he explained. “When conducting business on a multinational basis, it is important that the competitive playing field be as even as possible — which is what standardization attempts to accomplish.”

Georgia Tech worked closely with the Department of Energy in activities leading up to the formal launch of the ISO 50001 development effort.

Members of Georgia Tech’s energy and sustainability staff helped develop a comparison document that was used to facilitate initial international meetings, and they participated with ANSI in the process of producing an application to ISO explaining the need for the new standard.

Georgia Tech’s Enterprise Innovation Institute is administering the U.S. Technical Advisory Group (TAG) for ANSI. The group is composed of many energy management experts and helps shape the U.S. position for the international standard. Organizations interested in participating should contact Deann Desai.

John Toon is manager of the Research News & Publications Office at the Georgia Institute of Technology in Atlanta, Georgia.