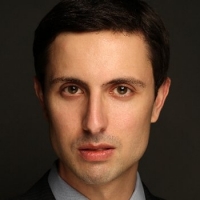 The United Nations is not expected to reach a binding climate change agreement when it meets in Copenhagen next week, despite new emissions reduction targets by the United States and China.

Last week, President Obama announced that he would personally attend the Copenhagen meeting and pledged to reduce U.S. greenhouse-gas emissions 17% from 2005 levels by 2020 and 83% by 2050.  The next day, China declared that it would reduce its “carbon intensity” 40 to 45% from 2005 levels by 2020.  While both announcements were greeted with praise from climate change advocates, neither is sufficient for a binding agreement to emerge at Copenhagen.

In 2009, the United Nations signaled its intention to impose mandatory caps on greenhouse-gas emissions during its December Climate Change Conference in Copenhagen. Such an agreement would replace the Kyoto Protocol that was ratified without the support of China or the U.S. and is set to expire in 2012.

The U.S. appeared likely to pass comprehensive climate legislation this summer, after the House of Representatives passed a cap-and-trade bill with emissions reduction targets inline with Obama’s recent announcement.  However, opposition in the Senate is more formidable because coal-producing states have more influence there than they do in the House.

Senate leaders had a brief opportunity this fall for a climate bill debate, but health care legislation has dominated their calendar. Majority leader Harry Reid has conceded that the Senate will not pass a climate bill this year, but hopes to have an agreement by March 2010. Republicans are claiming cap and trade is dead though; they assume Democrats will not pass the controversial bill in an election year when polls indicate steep losses for the majority party due to high unemployment rates.

In contrast to the U.S., China has more flexibility to set firm emissions reduction targets and can implement renewable energy and energy efficiency initiatives at a fast pace.  In 2009, the country introduced a series of aggressive subsidies to increase the use of solar electricity at a pace that would impossible for the U.S. because of stringent environmental permitting.

China continues to rely heavily on coal though, and their recently declared “carbon intensity” goal does not indicate any radical change is coming. Carbon intensity is defined as the amount of greenhouse gases emitted per unit of GDP. China’s goal would slow the rate of greenhouse gas emission growth, but would not cap the absolute amount, which is the goal at Copenhagen.

With the two largest polluters in the world withholding full support, leaders at Copenhagen have acknowledged that they will not be able to reach a binding agreement. Instead, the UN aims to set emissions reduction targets for industrialized nations, finance climate change initiatives in developing nations and agree to execute a binding agreement at a later conference.