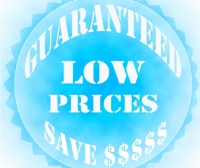 Brent Crude trades this past week at a transorbital $109 per barrel (West Texas Intermediate at a suborbital, if high, $85). It puts the conventional wisdom that biofuels are too infrastructure incompatible and too costly to the test. Are they?

“Our proprietary catalyst systems, reactor design and refining processes have achieved yields of renewable fuel products of approximately 67 gallons per bone dry ton of biomass, or BDT, in our demonstration unit that we believe would allow us to produce gasoline and diesel blendstocks today at a per-unit unsubsidized production cost below $1.80 per gallon, if produced in a standard commercial production facility with a feedstock processing capacity of 1,500 BDT per day. This unsubsidized production cost equates to less than $550 per metric ton, $0.50 per liter and $1.10 per gallon of ethanol equivalent.”

In California, Cool Planet Biofuels says that it can produce its drop-in fuels for $1.50 a gallon at a $50 million plant producing 10 million gallons of fuel per year. Feedstock should come from within a 30-mile radius to keep transport costs, and production costs, down. It hopes to be producing fuel at its first commercial plant by mid-2014, but needs investors to get there.

Last month in California, Google ran their Cool Planet biofuel car for more than 2,400 miles on a 5 percent Cool Planet “carbon-negative” fuel blend. GRide, as the car is called, passed five smog checks, and the mileage of the test car evened out with the control car, run on 100 percent regular gasoline. Cool Planet calls the Google test a “major breakthrough” in the commercialization and affordability of biofuels from nonfood biomass that can run in any vehicle.

We continue to note the $1.28 per gallon (unsubsidized) all-in cost for Joule drop-in fuels that the company continues to guide the market with. That includes both capital and operating costs, 70/30 debt equity, 15 year depreciation, and reasonable interest rates.

That’s lower than any other project we are currently aware of — there’s some distance to go before the company’s economics are fully proven out at scale, but they have taken huge strides toward full commercialization. We also note the scale — 25,000 acres at 25,000 per gallon — 625 million gallons per site (potential). That’s considerably larger than any other biobased production facility — and begins to approach small oil refinery operations for scale. Fascinating.

Joule Fuels will initially commercialize Sunflow-E (ethanol), with Sunflow-D for the global diesel market to follow. Unlike biodiesel, a low-concentration blendstock, Sunflow-D is comprised of diesel-range paraffinic alkanes and can therefore be blended with conventional diesel in concentrations of 50 percent or greater, displacing more oil. Moreover, Sunflow-D is inherently sulfur-free and has a very high cetane value. Sunflow-D is now in development with an ultimate productivity target of 15,000 gallons/acre/year at costs as low as $50/barrel without subsidies.

This intriguing company aims for some of the same chemistries, and a cost of $2.25 per gallon for a fuel that it has dubbed Alestron (which it produces from a process that also yields companion chemical market molecules, including ethyl levulinate), all based on a modeled cost of $75 per tonne of biomass.

The company has been working in an Albuquerque-based lab the past couple of years (moving from 500L/year to 4000L/year scale this year), recently completed a $2.5 million capital raise that will expand its facilities, and will embark on a $10 million cap raise to complete a pilot facility that can handle 8,000 tons of biomass per year.

Incitor has a long ways to go to design and demonstrate their process at scale. But let’s think about the consequences, should they reach their final goal of producing a $2.25 fuel molecule, using ethanol as a feedstock, with about the same BTUs as gasoline, that typically blends at 50 percent with gasoline or diesel with no performance issues, and has an octane rating of 110.

Two weeks ago, SG Biofuels announced at Advanced Biofuels Markets that it has expanded its global network of hybrid trial and agronomic research sites to 15 with the addition of eight new JMax Knowledge Centers in Guatemala, Brazil and India, and has achieved costs of $99 per barrel or less across three continents.

This cost is “all-in, fully loaded, from buying our seeds, growing, harvest, crush into crude, capex, opex, all of it,” noted SG Biofuels CEO Kirk Haney. “We’ve partnered with energy companies and planted side by side with local material, and seen 200-900 percent yield increases.”

Last March in New Jersey, Primus Green Energy announced that it has completed its third round of funding with the recent $12 million investment by IC Green Energy Ltd, the renewable energy arm of Israel Corp. Ltd. This latest investment brings the total of funds raised since 2007 to $40 million.??The latest $12 million investment completes the financing for the integrated single-loop demonstration plant currently under construction at Primus Green Energy’s Hillsborough, N.J., site. Primus already has a pilot test plant in operation at its Hillsborough complex, and the company plans to break ground in early 2013 on its first commercial plant.

The company says that, at scale, it can produce gasoline at a price competitive with gasoline produced from petroleum at $60-$70 per barrel. ??Primus Green Energy said that it plans to raise $50 million to $100 million to this year to take its wood pellets-to-drop-in gasoline demonstration plant, which should be online by year’s end, to commercial scale by 2015.

Last November, Sundrop Fuels announced that they have agreed to purchase about 1,200 acres of land near Alexandria, Louisiana to build their first plant.  Using forest waste and hydrogen from natural gas, their plant will produce up to 50 MGy (million-gallon-per-year) of renewable gasoline.  The plant will cost $450 to $500 million to build and will be financed in part through the sale of tax-exempt Private Activity Bonds.

The biofuels plant will salvage wood waste from renewable forests in Central Louisiana and adjacent regions and use that biomass as a feedstock. Sundrop Fuels also will extract hydrogen from abundant supplies of Louisiana natural gas, combining the hydrogen in a proprietary reactor with carbon extracted from wood waste. By 2020, Sundrop Fuels expects to produce more than 1 billion gallons of renewable fuel annually through its process (including but not limited to its Louisiana facility), meeting nearly 10 percent of the federal government’s stated goal for renewable fuels refined from cellulosic material and other alternatives to crude oil.

Back in April, Ensyn and Honeywell’s UOP announced that their pyrolysis process is capable of producing RTP fuel at scale, a crude oil competitor for a price of $45 per barrel (of oil equivalent). Even more startling, the RTP fuel can be upgraded at the refinery — using a modified (but apparently standard refinery equipment — UOP and Ensyn are being cagey about the exact piece of refinery equipment, but our understanding is that is is widely used, particularly in the US).

The Honeywell’s UOP team is reporting yields in the 70 gallons per ton of biomass range with indications that it can reach 90 gallons per ton over time. Good news on feedstock too — its a relatively agnostic process — back in 2010 at the time that Envergent (the UOP-Ensyn joint venture) received a $25 million DOE grant to build a fast pyrolysis and upgrading unit at the Tesoro refinery in Kapolei, Hawaii, they said they would test waste agriculture products, pulp, paper, woody biomass, algae and dedicated energy crops like switchgrass and high-biomass sorghum.

Here in Digestville, we love nothing more than everyday low prices. These are good examples of the trend — though not an exhaustive list.

Have you been told that biofuels cost-more, are infrastructure incompatible, or are years away? Look beyond the propaganda — and let your eyes and the data tell the story. Parity-cost, drop-in advanced biofuels are arriving — and communities that invested early will be enjoying them shortly at a pump near you.