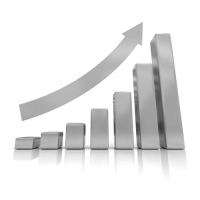 “The European Union’s measures to address the dependence on fossil fuel imports will spur the need for renewable inverters in the region,” said Frost & Sullivan’s energy analyst Gautham Gnanajothi.

It adds that the high cost of electricity generated by centralised plants will lead to the adoption of a more economical distributed generation system, which will further accelerate demand for renewable inverters.

However, it cautions that the cost of renewable installations and the prices of semi-conductor materials used in solar panels still remain high. This, coupled with the lack of immediate returns, could restrain uptake.

The inconsistent implementation of government incentive schemes contributes to the challenge, and growth in key markets such as Germany and Italy is expected to decline, according to Frost & Sullivan.

“In addition, several inverter manufacturers in Europe are looking to include micro inverters in their product portfolio to widen their scope,” noted Gnanajothi. “The market will also witness consolidation, with notable acquisitions and mergers expected in the future.”