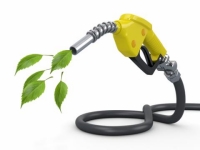 LONDON — In a vote of 43-21, with one MEP abstaining, Europe’s Parliamentary Environment Committee (ENVI) has voted to cap the amount of biofuel derived from food crops, or “conventional” biofuels, at 5.5 percent of its renewable transport fuel target.

Additionally, the Committee voted to count carbon emissions attributable to so-called indirect land use change (ILUC) factors — the unintended consequences of replacing food crops with energy crops, including emissions from the clearing of forest land, wetlands or grasslands — when calculating emissions impacts for its Renewable Energy Directive (RED) and the Fuel Quality Directive (FQD).

The current cap is set at 10 percent, but organisations such as anti-poverty group ActionAid have highlighted concerns that this target has increased the use of biofuels made from crops that could be used for food, driving food prices higher and giving rise to increasingly emissions-intensive agricultural practices.

In response to these concerns, the European Commission (EC) had proposed a 5 percent cap, while a proposal from the Industry, Research and Energy Committee (ITRE) had argued for a 6.5 percent cap and against including ILUC factors.

The methodology used to calculate ILUC has been contentious, with a number of groups saying it is unreliable, unscientific and should not be used to make policy.

In an editorial on the vote, the European Biodiesel Board (EBB) called the measures “another step in the wrong direction as far as the understanding and the practical consequences of the insubstantial ILUC theory and figures are concerned.” The group continued, “The lack of consistency and accuracy of ILUC factors and figures detailed in the text voted by the ENVI committee was even acknowledged publicly in the past several days by the U.S. International Food Policy Research Institute scientist that calculated them. In a rational world, no ILUC assumptions should be used for fixing figures in a legislative text even only for reporting use.”

Opponents of current ILUC methodologies argue that policy measures to improve agricultural practices, especially in non-EU countries, would be a better approach.

Some have argued that the lower cap could result in legal action from the World Trade Organisation (WTO) because it would preference non-food-based biofuels, almost all of which are currently made in the EU and the U.S. Unica, the Brazilian sugar cane industry association, called on a legal expert who identified similarities between the EC’s proposal and several WTO cases that the U.S. has lost. “Even if the proposal is not discriminatory in its language, it is creating a de facto trade discrimination. It gives the advantage to non-food biofuels, which are nearly exclusively produced in Europe and the U.S. Other countries do not have the technology and would be excluded,” Jung-ui Sul, a member of global law firm Sidley Austin’s International Trade and Arbitration Group, told Unica.

Fredrik Erixon, director of the European Centre for International Political Economy, agreed, calling the proposed reform discriminatory on the grounds that it will favour biofuels produced in Europe. ILUC factors are not reliable enough evidence to justify de facto trade discrimination, he said in a post on EU policy news site EurActiv.

“An ILUC factor simply cannot be used for diligent policy,” Erixon argued, “for the simple reason that it is impossible to make reliable, transparent, evidence-based assessments on ILUC emissions for a particular crop. Many attempts have been made to model the ILUC emission effects, but they come to profoundly different results. That is not very surprising — it is impossible to manage so many different and changing factors that constitute the derivative effects of one company’s decision to use a particular feedstock to produce a fuel,” he said.

Erixon also foresees the European legislation violating WTO rules. “Foreign competitors to biofuels produced in Europe could be discriminated [against] even if the producer can prove it is friendlier to the environment or the climate than those biofuels that get the green light from the EU,” he explained. “And since such discrimination would introduce a regulation with effect on a direct competitive relationship between foreign and domestic product, it is highly unlikely that it would be approved even if it would be possible to make a reliable estimate on ILUC emissions. Countries will not be allowed departure from WTO rules on non-discrimination when a discriminatory action so clearly would alter a competitive relationship.”

Rob Vierhout, European Renewable Ethanol Association (ePURE) secretary general, said: “The biofuel debate now needs to move beyond stereotypes to a more nuanced discussion. Europe’s policymakers recognise the importance and diversity of this industry. Without a healthy market for conventional renewable ethanol and without a longer-term perspective for the industry, the necessary investments into advanced biofuel are unlikely to take place.”