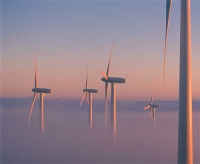 Vienna, Austria [RenewableEnergyAccess.com] The European Commission says it’s on track to meet a key renewable energy objective and that 19% of the gross domestic electricity generated in the European Union’s (EU) 27 member states will come from renewable sources by 2010 at current rates of progress, falling just short of the target of 21% set in 2001.

To date only three countries—Germany, France and Sweden—are set to meet the EU target of 5.75% biofuels used in road transport by 2010.

However, a big increase in wind capacity in Germany, Spain and Denmark as well as in the UK, France, Italy and Portugal has boosted electricity from renewable sources to record levels, compensating for droughts that have hit Europe’s hydroelectric power production, and paving the way for the EU to come within a whisker of reaching its electricity sector target of 21% by 2010.

Nine countries are on track to meet their national renewable electricity targets of 21% for 2010: Denmark, Germany, Finland, Hungary, Ireland, Luxemburg, Spain, Sweden and The Netherlands.

Germany has already overshot the EU target and 14 per cent of its gross electricity consumption is expected to come from renewable energy by the end of 2007. In 2000 the share was 6.3%.

About 22 billion kWh of electricity was produced by wind power in the first half of 2007 in Germany with 21,283 MW of installed capacity. The country is also the third biggest generator of electricity from biomass behind Finland and Sweden and ahead of Spain, the UK and Denmark.

New legislation that set a feed-in tariff guaranteeing a fixed price to suppliers has played a key role in increasing the amount of electricity coming from renewable sources in Germany, analysts say.

Last week, German Chancellor Angela Merkel said she was hopeful that Germany could extend its use of renewable energy to 30% by 2020.

Some European countries are set to miss all the EU renewable energy targets, including Belgium, the UK, Italy and Greece.

Stephanie Schlegel from the Institute for International and European Environmental Policy in Berlin said that the key to meeting the renewable energy targets as well as to cutting GHG emission cuts was reducing the overall consumption of energy in the EU.

Also, Schlegel said that some of the EU renewable targets might not help cut GHG emissions: in particular the environmental benefits of the EU target on biofuels is hotly debated among experts.

Looking ahead, she said that the EU could only meet its target of 20% energy from renewable sources by 2020 if the next round of talks between the EU member states is successful.

The European Commission is opening up negotiations with member states this autumn to set specific targets for each country and for each renewable energy sector; national plans are to be finalized by December 2007.

“Setting EU wide targets is a good policy instrument for increasing renewable energy use, but the negotiations on which country has to meet which specific target are bound to be difficult this autumn, and it is only when each country has clear targets that the progress can really be measured,” Schlegel told RenewableEnergyAccess.com.

Jane Burgermeister is a freelance science writer based in Austria.