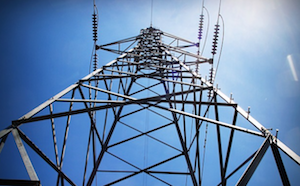 U.S. private equity and hedge funds are backing an effort by Ethiopia to turn itself into an exporter of electricity to the region, channeling at least $4 billion into geothermal projects across the nation.

Seleshi Bekele, the electricity and water minister, is seeking to quadruple Ethiopia’s power generation by 2020 and expand power sales abroad that now bring in about $90 million a year. The government also is seeking to bring power to all households by 2025, up from about 30 percent currently.

“We’re focusing on generating from renewable sources,” Bekele said in an interview in London. “We want to be carbon neutral,” he said, adding that he’d like emissions to remain at or below 2010 levels by 2030.

Ethiopia currently gets more than 90 percent of its electricity from hydro-electric plants, benefiting from powerful rivers such as the Nile. It is now at the beginning of building out other forms of renewable energy, especially geothermal wells that tap the natural heat from underground rock structures in a rift valley that passes through the nation.

“The demand is growing very rapidly — 25 to 30 percent every year, so we are trying to satisfy this demand,” said Azeb Asnake, chief executive officer of Ethiopian Electric Power Corp. “We also have a lot of industrial parks coming up — agriculture industry and the like — with more than 12 under construction or under operation. We really need to provide power to all this demand.”

It’s not the first time Ethiopia set out ambitious plans for power generation. In 2014, Ethiopian officials told the Financial Times they wanted 11 GW of capacity within three years. Capacity today is about 4.3 GW, almost double the previous figure. Bekele is now targeting 17 GW by 2020.

Geothermal draws heat from underground and uses it to drive a power turbine. The technology is lauded as one of the only sources of energy that is both baseload and renewable, since geothermal wells flow constantly, unlike wind and solar power.

“Ethiopia has some of the best geothermal reserves in the world, certainly top 10, maybe top five,” Michael Philipp, chairman of Reykjavik Geothermal, said by phone. “Geothermal is a very underdeveloped sector, only about 1 percent of the world’s reserves have been developed, so there’s significant upside to getting that right.”

Reykjavik Geothermal is an Icelandic company that’s working on two projects in Ethiopia, Corbetti and Tulu Moye. Each is expected to cost about $2 billion. They will have capacities of 520 megawatts apiece, which together is about the same as a nuclear reactor working at full tilt, and will be located 250 kilometers (155 miles) south of the capital city of Addis Ababa.

He’s also looking to raise $1 billion of debt from development banks, such as the European Investment Bank and the Overseas Private Investment Corp.’s Power Africa program and about $500 million from export credit agencies. Philipp expects to reach financial close in 18 to 24 months.