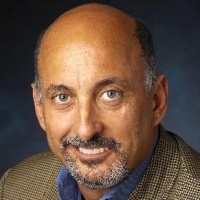 The line of exotic and sophisticated sports cars in the American Le Mans Series all have ethanol coursing through their veins, as do the 240 mph missiles that thrill the country at Indianapolis every year.

It is a breathtaking display of some of the world’s most prestigious auto manufacturers and top drivers from around the globe — and they all race on ethanol. The use of ethanol in these cars showcases to consumers that cutting-edge racing machines can perform efficiently at high speed, utilizing a fuel that’s readily available.

Throughout my life, racing has been a quest for speed and performance. The racing landscape has changed dramatically in the past 25 years. Not only has the sport grown by leaps and bounds in terms of popularity, but also has become a technological proving ground. The quest for a competitive advantage is often tied to horsepower, aerodynamics and fuel strategies. And yet I am now a staunch advocate of a renewable fuel that can significantly impact our environmental concerns and our dependence on foreign oil. For the first time in decades, our sport has relevancy to our everyday life.

Although these issues were not a high priority during my racing career, times have changed for all of us. I am proud to share the track with a cleaner-burning renewable fuel that’s cultivated in the fields of the United States, and holds promise for our country’s energy future. And for those of us who participate in the world of motor sports, ethanol is our element for future survival.

For the first time in decades, our sport has relevancy to our everyday life. It is not just entertainment any more. The message that we present with our racing team, and with the American Le Mans Series, is a powerful one for our consumers. Our drivers are demonstrating under extremely harsh conditions that performance and environment can responsibly coexist.

For more than 30 years, the American consumer has endured one energy crisis after the other. The key words during these times were ration, conserve and sacrifice. And as the debate raged, motor racing continued without paying heed to the situation. Now, using the ideals that have made this country great — ingenuity, adaptability and determination — we are challenging the status quo. Unlike other fuel alternatives that are years from reaching state of the art technology, ethanol is available now. It is a key element in our drive for energy independence.

Alternative fuels are a key component of our nation’s long-term energy platform. And motor racing now has its rightful place to build momentum behind this development.

It’s time to replace sacrifice, ration and conserve — the words of days gone by — with energy independence, economic growth and environmental responsibility.

Bobby Rahal is a co-owner of Rahal Letterman Racing. As a driver, he won three CART championships and the 1986 Indianapolis 500.

This article was originally published in the April 2008 issue of Vital and was reprinted with permission.