Corn remains the undisputed ethanol king. But a growing number of U.S. sugar beet farmers, in part, exasperated by the heavily-regulated sugar industry, are now hoping to give corn a run for its bioenergy money. 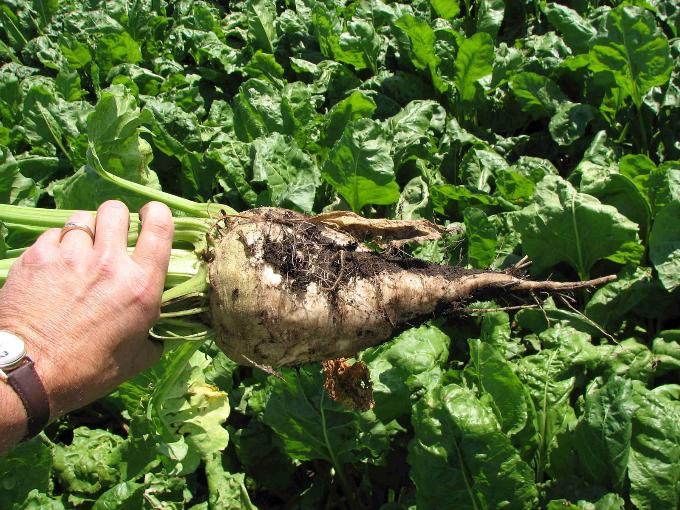 Garden variety sugar beets have long been farmed in the upper Midwest, parts of the Intermountain West, and California for conversion into table-quality sweeteners.  However, both entrepreneurs and farmers in California, Kentucky, Florida, Georgia, Alabama, Minnesota and North Dakota are all warming to the idea of growing these venerable tubers solely for their bioenergy content.

And unlike beets grown solely for food sugar; to date, industrial-quality “energy” beets have not been hamstrung by federally regulated acreage allotments.  In other words, their production for bioenergy conversion is basically only limited by available acreage and what the nearly 14 billion gallon annual U.S. ethanol market can bear.

That said, although “energy beet” field trials have been going on in Georgia, North Dakota, Kentucky and California, thus far, no one in the U.S. has marketed the first drop of “energy beet” ethanol.

In California, where sugar beets have been raised for a century or more, the impetus to grow energy beets came from the 2008 closure of a local Spreckels sugar plant.  As a result of the closure, the area lost a large part of its USDA sugar beet growing allotments.

“After 63 years of operation, Spreckels closed down their Mendota facility,” said Jim Tischer, the project director of Mendota Bioenergy, a new central California energy beet cooperative. “They put 200 people out on the street and about 18,000 acres of beets were diverted to other crops.”

Former sugar beet farmers decided to initiate an end-run around the allotment issue by producing “energy” beets for conversion to ethanol instead of table sugar.  That ultimately led to the formation of the three year-old Mendota LLC.

The next step, said Tischer, is to have a one million gallon ethanol processing unit set up and operating by this September through to mid-2015.  Then he said his company would move into its commercial phase using a bio-refining facility with a 15 million gallon capacity.

Tischer said the company eventually expects to get three beet crops from the same ground in just two years, rotated with cotton, alfalfa, corn and tomatoes.  By using a combination of liquefaction, enzymes and heat instead of just traditional fermentation, he said the Mendota coop would need less purification to get to the finished ethanol product.

There’s potential for at least three such plants in central California, said Tischer; producing a total of 40 million gallons of beet biofuel annually.  He said California beets are expected to garner some 1200 gallons of ethanol per acre (or almost twice the amount of a typical corn crop).

Energy beet entrepreneurs in North Dakota are also well along in their operational plans for ethanol production.

Herbicide-tolerant Glypha beets are performing well and production levels are beyond what was anticipated, said Schatz.  The plan, he said, is to begin commercial production of industrial beets in North Dakota by the end of the 2016 growing season.

Will the California Growers Beat Them To the Punch?

“Because they are former beet growers, Mendota is chomping at the bit to stay in the beet business,” said David Ripplinger, an agricultural economist at North Dakota State University in Fargo. 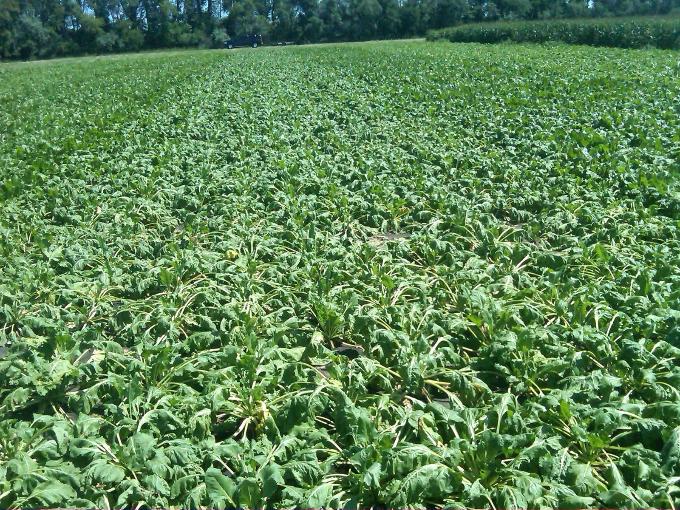 But Ripplinger argues that it is actually more economical to produce sugar beets in North Dakota than in California.  That’s because he said, in North Dakota, beets put on sugar during the summer’s long warm days and cool nights.

“Left outside, they freeze in the winter, so we get free storage,” said Ripplinger.  “We leave them outside and we can operate our factories six months out of the year.”

Once they freeze, Maynard Helgaas, president of Green Vision Group LLC., in West Fargo, North Dakota, said the beets stay frozen until taken out of piles for processing.

“We will hammermill the beets into small particles, then extract the juice,” said Helgaas.  He said the juice would then be purified and sent to the fermenter; before distillation and cooling to reach the desired ethyl alcohol (ethanol) content.

The Southeast also wants to get into the energy beet act, but for use as a winter crop in rotation with the South’s usual summer commodities like corn and peanuts.  Planting after the last corn harvests in late September, for instance, would allow for beet harvesting by April.

That would mean that farmers in the southeast could take advantage of nitrogen left in the ground from the previous corn crop.  That is, by using the beets’ deep six- to eight-foot tap roots to “mine” these nutrient-rich nitrates.

“We are a crop-poor state in winter,” said Timothy Grey, an agronomist at the University of Georgia’s agricultural research station in Tifton.  “But in South Georgia, you could [plant] energy beets after a corn crop, on land we already use for cultivation.”

Energy beet ethanol would also have other advantages.

Tischer added that because corn needs starch to make a stalk, industrial processors first have to convert that starch into sugar before it can be fermented into alcohol.  But he points out that as a root crop, beets are already 19 percent sugar.  Thus, their juice can be easily fermented into alcohol in a simple process, without the need for conversion from starch or the need for added enzymes to aid fermentation.

And as Helgaas explained, beet ethanol will be classified as an advanced biofuel — producing 50 percent less CO2 emissions than corn-based ethanol.  As a result, this beet-based ethanol should also bring a market premium.

“The U.S. is on track to produce 13.8 billion gallons of ethanol in 2014,” said Ripplinger, who notes that a few hundred million gallons of that total could eventually stem from energy beets.

Globally the story looks a bit different. Although North America has not yet processed beets for commercial ethanol, in Europe, beet ethanol is already a fixture of the continent’s bioenergy mix, with France, Germany, Belgium and Greece leading production.  Some estimates indicate that the European Union could see production of 50 million hectoliters of bio-ethanol by 2020, or roughly a quarter of Europe’s demand.  Meanwhile, this year, Sugar Beet RSA in cooperation with the government of South Africa may open a $285 million “energy beet” plant with a starting production that would produce 90 million liters per year.