There’s been a tremendous buzz in the neo-scientific press in recent days over reports of an “Enzyme That Could Create Biofuels 14 Times Faster than Current Methods.” Fairly robust accounts of the discovery have appeared in Renewable Energy World, Green Car Congress and elsewhere, stemming from an elegant write-up by Bill Scanlon appearing at NREL’s website this week.

You may have wondered why the discovery was not also hailed in The Digest this week, and on that topic there’s good news and bad news, friends.

The good news is that, indeed, such an enzyme exists, though it doesn’t quite perform at the 14X level and isn’t out of the lab yet. The bad news is that the research that inspired the article actually was originally published in Science in 2013. Sorry folks, not a new breakthrough.

What is creating all the fuss is an enzyme, known as CelA, which has been isolated from the bacterium caldicelluoruptor bescii, which in the lab has outperformed that traditional workhorse of cellulase enzymes, Cel7A, by a wide margin. They get the “14X” figure from the fact that initial lab results (combining CelA with some beta glucosidase) revealed twice the total sugar conversion (around 60%), in two days, that Cel7A usually produced in seven.

Why Does It Matter?

Why does it matter? The economics of cellulosic fuels. Two of the stubborn problems in converting cellulose to fuels have been the cost of enzymes and the capex associated with the technology.

Producing fuels faster from biomass would mean less steel in the ground to get the same production levels — you need smaller fermenters, or not as many, to handle the same load of biomass. That reduces not only capex, and potentially scale-up risk (not every process gets the same results in 1M liter fermenters as in smaller units).

Why Do High Temperatures Matter?

There, you get process efficiency, low contamination, and its one heck of a lot cheaper to raise the temperature to the boiling point, which is generally how the fuel is separated from the water and other components in the broth that fermenting organisms make. You see, a lot of the cost and hassle in biofuels is heating and cooling everything to make the process work.

One other thing about these organisms that’s important to note: there’s evidence growing that c. bescii bacteria can break down biomass into sugars without a separate pretreatment step.  And that could save a boatload on capex and opex if pretreatment could simply be vanished from the list of required technologies.

(We wrote last year that “a group of researchers led by the University of Georgia’s Mike Adams demonstrated that caldicellolusiruptor could “without pretreatment, break down biomass, including lignin, and release sugars for biofuels and chemicals production. The group wrote in Energy & Environmental Science that ”the majority (85%) of insoluble switchgrass biomass that had not been previously chemically treated was degraded at 78 °C by the anaerobic bacteriumCaldicellulosiruptor bescii.”)

We sure like Bescii: we named it to our top 10 “most undervalued microbes” in 2013 in “Moneyball, moneyfuels, moneymicrobes” and described it as “That lignin-loving, pretreatment-be-darned mighty biofuels microbe”. We added it to our list of “The 41 Weirdest Things Ever Used to Make Biofuels” two weeks ago, and noted c.obsidiansis’ qualities in “Hey kids! Grab your scissors and glue! Fun, transformative things to do with bacteria!” 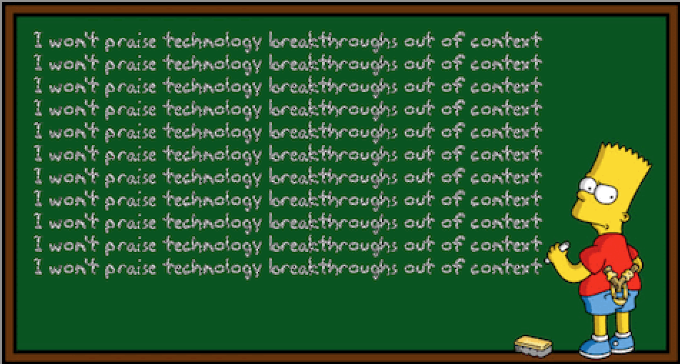 But let’s locate all of this where it is, which is in the lab. Which is about 10 years from appearing in an at-scale process somewhere, if you average out the timelines for bringing processes based on other microbes to full commercial scale.

Which is to say, no one has shown that these results can be achieved in a 500 liter fermenter, much less in a million liter monster as we see in commercial scale operations. There’s going to be, lime, zero knowledge at this stage about the behavior of these microbes in a fermenter under the incomplete mixing conditions that almost invariably are found at scale.

So, let’s keep the risks in mind, and the timelines too — even as we hail a genuinely promising and fascinating scientific advance.

NREL’s first announce of the discovery? NREL sent out a press release about a year ago on this topic, which is how we first heard about it, having let our copies of Science pile up over the holidays.

They reported at the time:

“NREL researchers put CelA to the test and found that it produced more sugars than the most abundant cellulase in the leading commercial mixtures, Cel7A, when acting on Avicel, which is an industry standard to test cellulose degradation.

“They found that CelA not only can digest cellulose in the more common surface removal, but that it also creates cavities in the material, which leads to greater synergy with more conventional cellulases, resulting in higher sugar release. The bacteria that secrete the promising CelA thrive in temperatures of 75 to 90 degrees Celsius (167-194 degrees Farenheit).

“Most commercial operations use enzyme cocktails, a combination of 15 to 20 different enzymes, to turn plant material into the sugars that are valuable to the biofuels industry. In most such cocktails, one type of enzyme, Cel7A, does the largest amount of work.

“When researchers compared CelA to Cel7A, they discovered that at its optimal temperature of 50 degrees Celsius (122 degrees F), Cel7A achieves only 50% of the performance of CelA when converting Avicel.”

A Little More about C. Bescii — The Kamchatka Kid

C. Bescii was discovered in Russia’s Kamchatka Peninsula in 1990, home to the Valley of Geysers, a soupy mess of hot springs and swampy accumulations of biomass, and it’s one of the places researchers go when they want to find a high-performance microbe that tolerates heat extremely well.  In Yellowstone as well as Russia, thermophiles have been found that are perfectly happy in temps up to 160 Fahrenheit — about 40 degrees hotter than the hottest water coming out of your tap, and 60 degrees more than people can tolerate for long periods.

Caldicellulosiruptor as a Species: One of the “hottest” Thermophiles Out There

For some time, researchers have been unlocking the secrets of the entire Caldicellulosiruptor species — they’ve shown remarkable abilities to breakdown biomass in weird conditions that could have significant cost-busting application in advanced biofuels. There are a number of strains under intense investigation —  C. obsidiansis, C. kronotskiensis, C. saccharolyticus, C. lactoaceticus, C. acetigenus in addition to C. bescii.

The role of C. bescii in direct conversion of biomass to biofuel without pre-treatment, dates back to work first published in 2012 by a University of Georgia resreach group (the BioEnergy Science Center) led by Janet Westpheling, who “succeeded in genetically engineering the organism C. bescii to deconstruct un-pretreated plant biomass.”

At the time Westpheling noted, “Given a choice between teaching an organism how to deconstruct biomass or teaching it how to make ethanol, the more difficult part is deconstructing biomass. Now, without any pretreatment, we can simply take switchgrass, grind it up, add a low-cost, minimal salts medium and get ethanol out the other end. This is the first step toward an industrial process that is economically feasible.” The group is also teaching the the bacterium to produce n-butanol and isobutanol and other chemicals.

Over in the EU, Direvo Industrial Biotechnology announced in 2013that it reached an important milestone in developing a consolidated bioprocess for lactic acid production from lignocellulose. Using pretreated Miscanthus grass, Direvo fermented lactic acid on pilot scale in a single-step-synthesis. In this case, Direvo’s specific, self-isolated proprietary microorganism Caldicellulosiruptor sp. produced the needed enzymes to ferment the pretreated biomass and converts the emerging sugar to end products. In these processes, no cost-intensive technical enzymes have to be added.

A number of teams from China are active in the research of Caldicellulosiruptor.

Recently, Prof. Han Yejun’s research group at Institute of Process Engineering (IPE) of the Chinese Academy of Sciences reported a novel xylan degradation mechanism via Caldicellulosiruptor. (Xylan is the primary component of hemicellulose, or about 20% of plant “cellulosic” material). Their findings suggested that “highly thermostable carbohydrate-active enzymes in extremely thermophilic microorganisms might be ideal candidates for investigating extreme temperature biomass conversion. The characterization of the four GHs provided not only a thermophilic method for natural xylan degradation, but also insight into the mechanism for xylan utilization of Caldicellulosiruptor.”

Caldicellulosiruptor is hot, as are just about all of the extremophiles, if you’ll pardon the expression.

There’s probably nothing more important right now in basic science related to the advanced bioecinomy than finding more extremophiles and finding out all the the powers that Nature has endowed them with over 600 million years of evolution. There’s almost bound to be more exciting news relating to biomass breakdown at accelerated rates — as Nature has had quite a bit of practice at it, and the competition amongst microbes makes laissez-faire capitalism look like a walk in the park.

For these microbes, there’s been no social safety net to protect the weak — it’s been millions of years of unfettered competition, and the best microbe wins. The right microbe might well be in a hot spring near you. But keep in mind the timelines and the risks — great microbes do not an industrial revolution make, all by their onesey.

We continue to caution against the “hail and fail” stratgey of highlighting genuine scientific achievement without the balancing factor of noting that most of these are single advances which must  be paired with significant innovation elsewhere in order to succeed as a technology for renewable fuels, chemicals or biomaterials, at scale.

But we surely hail the advance.