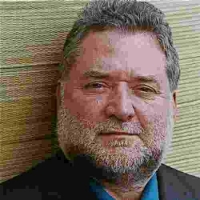 For months the International Institute for Ecological Agriculture (IIEA), along with farm organizations across the country, numerous state and national representatives including Senators Feingold and Harkin, environmental agencies and ethanol producer associations have been advocating for a decision from the Environmental Protection Agency (EPA) on a seemingly minor ruling regarding the amount of allowable alcohol fuel that can be used as a gasoline additive across the country.

The EPA set the current alcohol fuel blend ruling in 1980 as part of its Clean Air Act. The ruling was a means to help clean up gasoline’s toxic emissions. The EPA determined that a 10 percent addition of alcohol fuel would make a significant impact on lowering emissions without interfering with overall fuel performance and on December 1st, 2009 the EPA was to announce whether or not it would permit states to increase the maximum allowable addition of alcohol fuel to gasoline from the current 10 percent Federal guideline to 15 percent nationally.

Unlike other historically noted superfluous governmental agency decisions, such as the United States Department of Agriculture’s recent elimination of a regulation governing the length of buggy whips, the EPA’s E15 decision had the potential to open a sluice gate for economic and environmental recovery across the country.

Why is the E15 ruling important? Aside from the immediate environmental benefits of reducing hydrocarbon and other notable airborne particulates, by increasing the market demand for alcohol fuel consumption the EPA could enable states to keep millions of fuel dollars in their local economies. By encouraging localized alcohol fuel and related co-product production communities, counties and states would be able to incentivize the creation of tens of thousands of direct and indirect non-exportable alcohol fuel-related jobs including the building of new cars and other transportation related solutions based on Flex Fuel design technology. Additionally, because alcohol fuel is less expensive to produce, local communities would be able to reduce the overall cost of fuel to its residents.

With the benefits of a Pro E15 ruling obvious and abundant, on December 1st what the EPA elected to do was nothing. Rather than step up its directive to protect the nation’s environmental air quality, the EPA opted to delay its ruling for another six months to June 2010.  This non-ruling comes at a time when the country needs every logical opportunity to stimulate the private sector market and revitalize rural economies. Rather than encourage industry and accelerate the clean up of our air and environment, the EPA has applied a brake that is a harbinger of unfathomable economic malaise.

My book, Alcohol Can Be A Gas! makes it readily apparent that alcohol has, by far been the most studied additive to gasoline since gasoline was first produced. There are countless studies (some of which I performed and others I reported in my book) that demonstrate the benefits of alcohol’s clean, cool and toxin-free output. The EPA’s December 1st non-ruling stands in direct contradiction to its 1980’s Clean Air Act decision, that alcohol be added to gasoline to reduce gasoline’s extremely toxic emissions.

In a number of experiments it has been demonstrated that there is a dramatic reduction in toxic emissions from gasoline directly related to the increased amount of alcohol additive present in the gas. In my book I have noted a test I performed using E50 (a blend of 50 percent gasoline to 50 percent alcohol).  I was able to clearly demonstrate a 94% reduction in Nitrous Oxides (NOx), an 83% reduction in Carbon Monoxide (CO), (this is the immediately deadly emission of gasoline) and a 25% reduction in Hydrocarbons (HC). I ran all of these tests in a 1987 3/4 ton pickup truck (which should belay the EPA’s stated concerns that older cars can not safely use alcohol fuel blends higher than E10).

In fact, as is documented in Alcohol Can Be A Gas!, 100 percent alcohol fuel exhaust is more than 99% toxin free in all categories. In mid-1980 tests that astronaut and aerospace engineer, Gordon Cooper and I conducted on jet engines, we were able to demonstrate that the exhaust coming out of an alcohol-powered jet engine was cleaner than the intake of Los Angeles air going into the tested engines.

The test conclusions are obvious: the more alcohol you add to gasoline, the lower the emissions of carbon monoxide, hydrocarbons, and nitrous oxides.

The EPA may ignore my collection of studies, but there is abundant real-world proof readily available from Brazil.  Today 85% of all cars in Brazil run on 100% alcohol, that is available at the pump. The rest of the cars (predominantly older and non-fuel injected models) run on 24 percent alcohol and they have done so for decades.

With the wealth of data and proof the EPA has available including the studies from Brazil, one can not help but ask the questions: “Why has the EPA opted to delay the adoption of this beneficial and proven fuel standard?”

The major oil and gasoline producers purchase an estimated 99 percent of all of the alcohol fuel produced in the U.S. and use that to comply with the current E10 regulations. By not mandating a step up to E15 use, the EPA leaves an enormous loophole for the main competitor and consumer of alcohol fuel, the major gas producers. Following the delay decision, oil companies can now refuse to buy more alcohol than is required of them by law, (even though the alcohol fuel is less expensive to purchase than petroleum octane boosters). This leaves under-funded and fledgling alcohol plants with a few tough choices. They can accept buy prices that are lower than their cost of production, sit at idle while waiting for a future market upswing or they can shut down.

In 2008 and 2009, numerous working farmers who had contracts to sell their corn to alcohol plants (that subsequently went bankrupt due to capped market demand) lost everything. In spite of the fact that we had enormous surpluses of U.S. produced corn over the last three years, literally billions of bushels have gone unused and the farmers who were relying on alcohol fuel plant contracts for their incomes were caught in default with nowhere to sell the now unwanted grain.

On Labor Day this year, when 91-octane premium gas in California was selling at the pump for $3.53 a gallon, 105-octane alcohol was selling for $1.71 at Wisconsin pumps. The EPA’s reluctance to approve the modest upgrade to 15 percent across the country forces millions of Americans to create their own fuel blends by purchasing E10 or E85 at the certified Flex Fuel stations and then mixing that with gasoline. Because any fuel-injected engine runs problem free on 50 percent alcohol people all over the U.S. are choosing to save both money and the environment by opting to blend their own fuel.

As a result of the EPA’s six-month delay, Americans everywhere are witnessing the subtle redirection of our future sustainable energy independence and clean tech economic future to one driven exclusively by big oil and business interests.

In interviews, articles and news releases over the last few months I forecasted that many alcohol plants that have been barely hanging on, waiting for the expected 15 percent blend increase approval on December 1st will soon go belly up.

Next year we can expect the oil companies to spend at least 5 billion dollars (a mere four percent of their annual profit) to convince America that we must abandon renewable fuel. With the big oil producers getting all the Federal and state subsidies, the entire independent fuel production industry faces certain bankruptcy. The oil companies (such as Valero that bought up plants from the failed alcohol producer Verasun a few months ago) will buy the plants out of bankruptcy court at pennies on the dollar and once they own the plants they will no longer have to share any alcohol revenue with U.S. farmers.

The most severe consequence of the EPA’s non-ruling by far is the loss of the hundreds of thousands of direct and indirect jobs that would be created by the increase to E15. That number of jobs would make a huge difference to local economies all across rural America and for our nation as a whole.  At a time when the current administration is extolling the virtues of job creation and bringing work back home, it is catastrophic and beyond logic why the EPA is acting as an end to rather than catalyst for important and beneficial change.

Each December working farmers begin planning the next year’s crops, figuring out what to grow based on best data for the coming year’s market demands and taking bank loans to facilitate the season. With the EPA blocking new demand for corn and grains and with the past year’s surpluses, planting any additional corn for 2010 would be considered a huge risk.  This impact of the short planting is that corn futures prices may drop but if the E15 ruling finally is approved, the increased demand for corn will help create a shortage for which the market and big oil companies will be able to blame the U.S. alcohol fuel producers and working farmers.

America has the ability to lead the global movement to truly renewable energy independence and to stop the use of toxic and finite fossil fuels and the consequences of its related pollution. President Obama can issue an executive order increasing ethanol provisionally to 15 percent and have the EPA study and approve a new 30 percent alcohol level for unmodified (non-flex fuel) vehicles by June 2010.  Eliminating 30 percent of our gas dependence and use would completely free the U.S. from any Opec imports.  By producing and increasing the market opportunities for alcohol fuel, the U.S. would have true homeland security in the form of abundant food, fuel, energy and jobs needed now and well into our future.

Right now the U.S. economic and energy independence future hinges on a single ruling to permit the addition 5 percent alcohol fuel to our current gasoline blend. The EPA’s decision to support the use of E15 would be an important step beyond a single set of antiquated regulations governing air quality and moving us toward localized economic prosperity and the development of a truly sustainable energy model.

David Blume is the executive director of the International Institute for Ecological Agriculture, (I.I.E.A.). He is a globally renowned permaculture and alcohol fuel expert and is author of the Amazon best-selling book Alcohol Can Be A Gas (www.alcoholcanbeagas.com). Mr. Blume is a leading advocate for alcohol fuel and the role of the American farmer in developing a truly sustainable energy and food policy for the post-oil era.